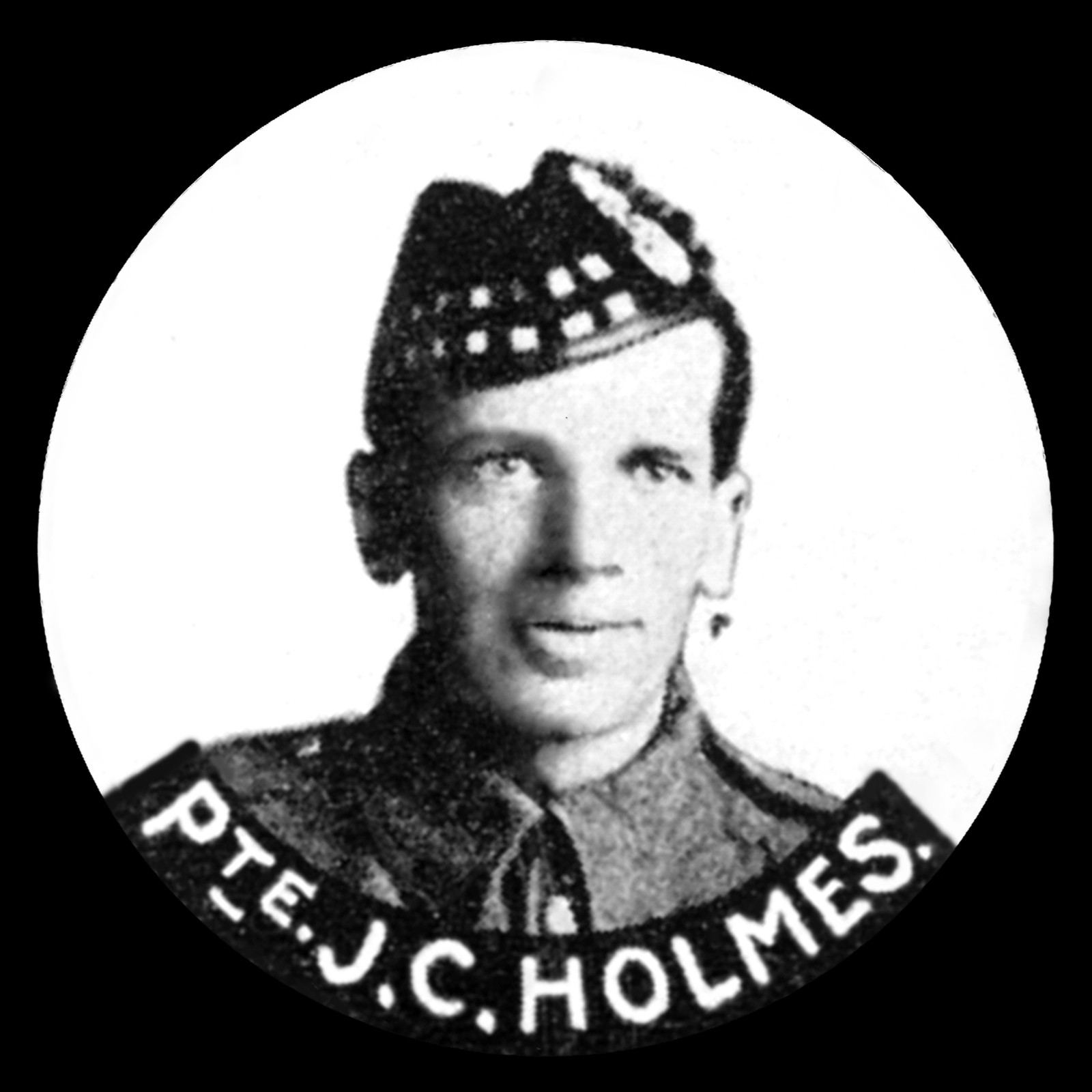 John Charles Holmes was the son of a Mrs Holmes of Whissendine and was born at Somerby, Leicestershire, on 5 May 1895. He joined the 6/7th Battalion, Royal Scots Fusiliers on 2 January 1915 and went to France on 23 September 1915. He took part in the fighting around Ypres and in the Battle of the Somme. He reached home safely on demobilisation, but became ill due to what George Phillips in Rutland and the Great War described as "the hardships on active service." He died on 23 January 1920 and was buried three days later in Whissendine churchyard although we cannot find a burial record.