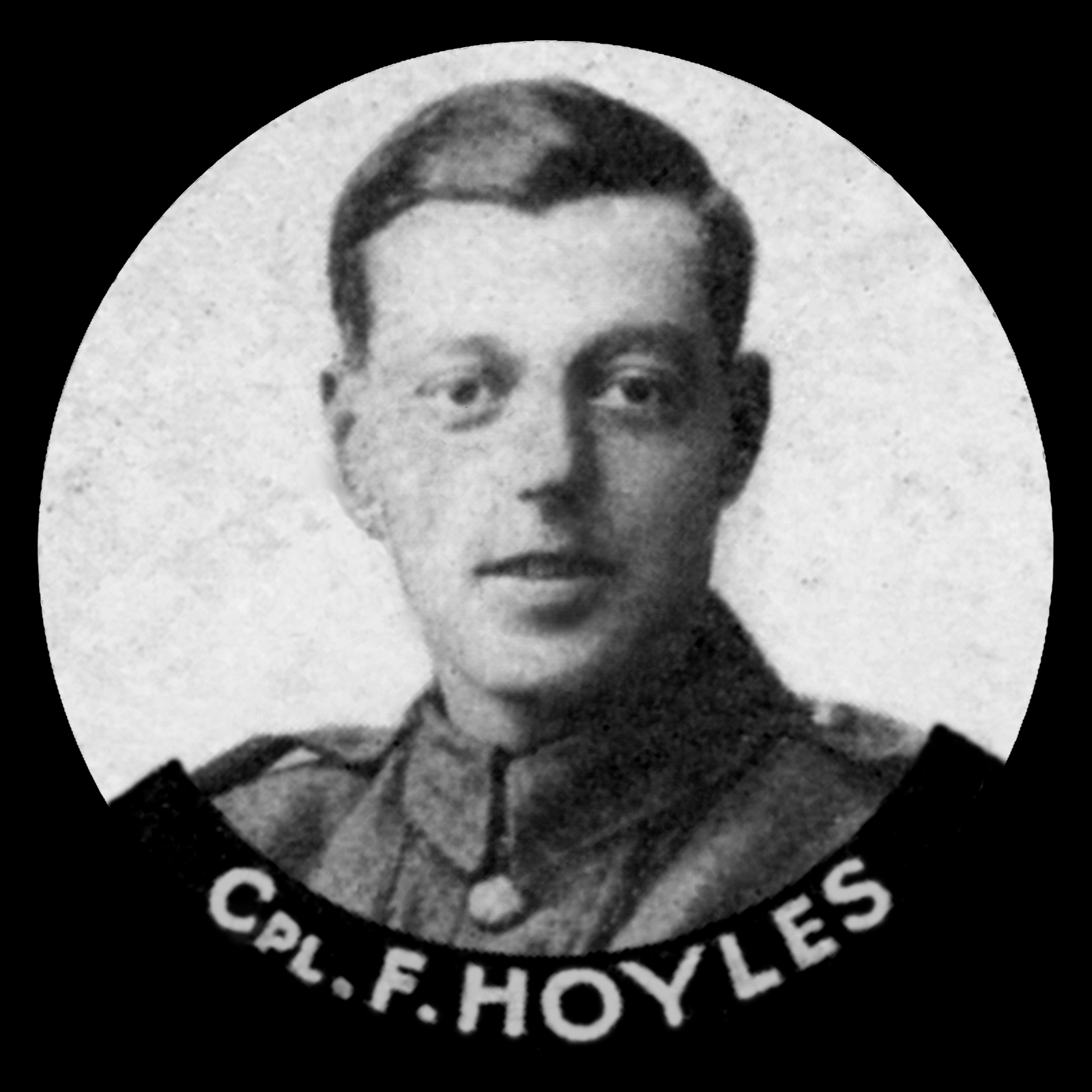 Frank Hoyles of Oakham and his brother Joseph were both awarded the Military Medal for their actions during the First World War. Frank died, Joseph survived. They were the sons of William Hoyles and his wife and lived at 2, Braunston Road, Oakham. Frank was born at Luton on 5 January 1895, and was a Boy Scout and member of Oakham church choir. He was employed at Oakham station before moving to Peterborough where he worked as stocktaker for the the Midland Railway. He enlisted at Peterborough into the 6th Battalion Northamptonshire Regiment on 1 September 1914, and went out to France in June 1915. He was promoted to Lance Corporal in September 1916 and Corporal in February 1917. He fought in the Battle of the Somme and won his Military Medal during the battle on 14 July 1916 at Trones Wood. He was acting as Captain's Orderly and had to pass backwards and forwards between two positions to bring up reinforcements. Frank also received two parchments for gallant conduct and devotion to duty, one for 14-15 July 1916 and the other for 26 September 1916 in a late stage of the Somme battle. He was almost certainly killed on 17 February 1917 after an attack carried out by his battalion on Grandcourt Trench and Boom Ravine on the Somme. According to the battalion war diary, the Germans were well prepared for the attack "from some deserters (or prisoners) from the division on our right" and laid down a barrage as the Northants were forming up. More casualties occurred later as much of the German wire in front of Grandcourt Trench had not been cut properly by the British artillery. "This movement along the line to find gaps [in the wire] was also largely responsible for the loss of direction and mixing up of Companies that took place." The diary says heavy enemy machine gun fire also held up the advace. The Germans then launched a counter attack: "The fire was extremely accurate while in the majority of cases the British rifles & Lewis & Vickers guns had become clogged almost from the start owing to the lying in the mud in the dark before the attack & the bad ground traversed during the attack." Frank was later reported missing and his body was never found so he has no known grave. Today he is remembered on the Thiepval Memorial, pier 11A, along with more than fifty other men from Rutland, and also on the war memorial in Oakham.