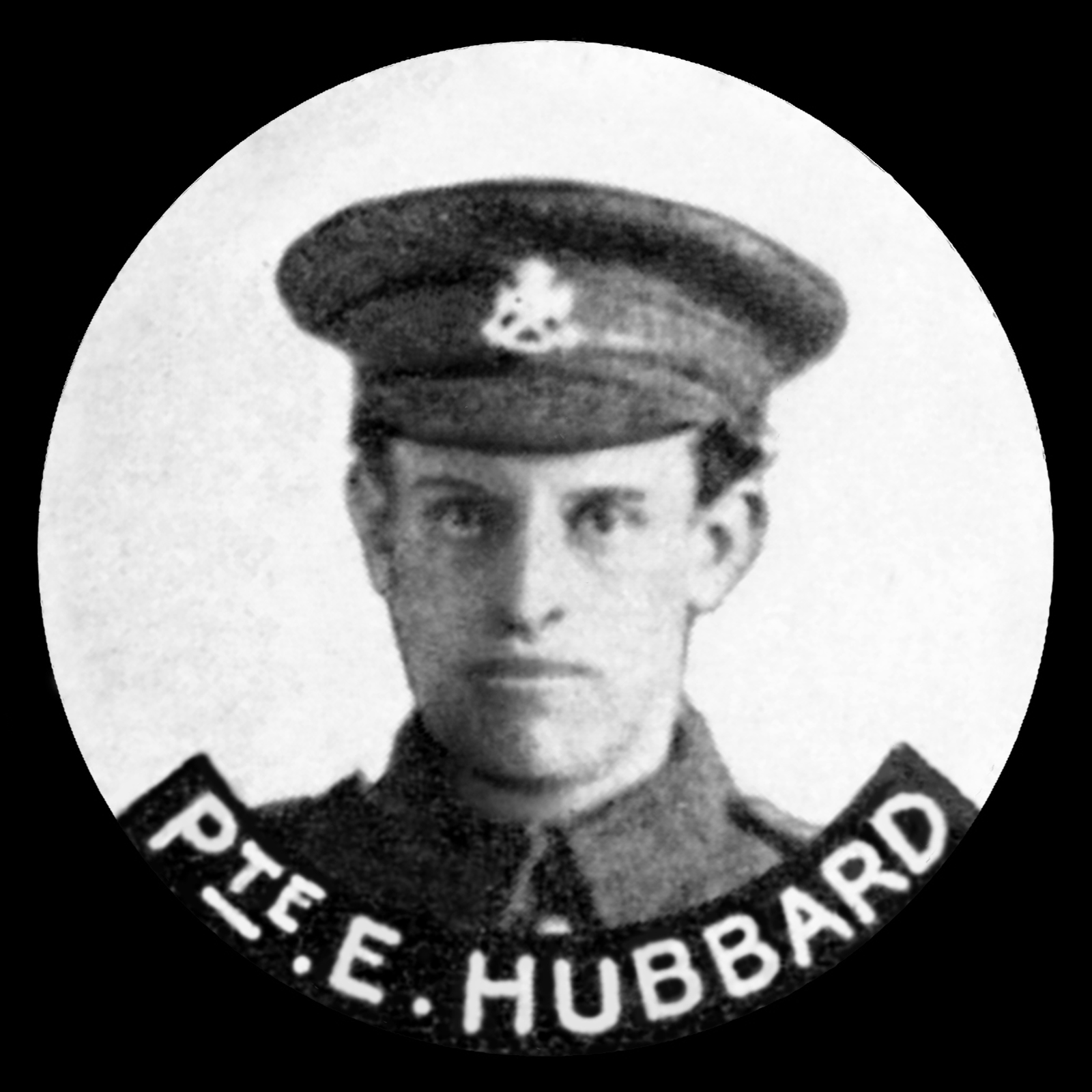 Edwin Hubbard was won of three young men from Wing to be killed in the same week at the Battle of the Somme. Edwin was born at Wing on Christmas Eve 1894, the son of William and Agnes Hubbard. Agnes had been married before, at the age of 17, and was widowed aged 18 with a young son, William. Edwin worked as a butcher's assistant and joined the 1st Battalion Sherwood Foresters (Notts and Derby Regiment) on 27 January 1916. He served in Ireland following the Easter Rising and also in France. He was killed in action on 20 October 1916, during the Battle of the Somme, near Le Sars. The Battalion war diary gives a grim account of conditions encountered by the troops as they marched up to the line the day before: "After leaving the road at Trones Wood, the remainder of the march to the dinner rendezvous was through a veritable sea of mud intermingled with shell holes... conditions became steadily worse and progress was very slow, men continually falling into shell holes, in some cases spraining their ankles... When the battalion arrived and had taken over from the 9th Suffolks, there was hardly a rifle in working order owing to the conditions." The war diary says the battalion was exhausted as it started its stint in the front line trenches. It does not mention any causalties on the following day when Edwin is recorded to have died, although this is not particularly unusual. The war diary for 20 October simply says: "Weather fine. Enemy quiet apart from shelling around Battalion Headquarters."  So it is not clear exactly when or how he died. Edwin has no known grave and is remembered on the Thiepval Memorial to the Missing, Pier 10C, and on the war memorial at Wing. Edwin is also remembered on his young brother Bertie's gravestone in Wing churchyard. He was related to Walter Bagley of Wing through his grandfather. The vicar of Wing's son Arthur Taverner and Brian Bagley, who is no relation to Walter, were also killed in October 1916 on the Somme.