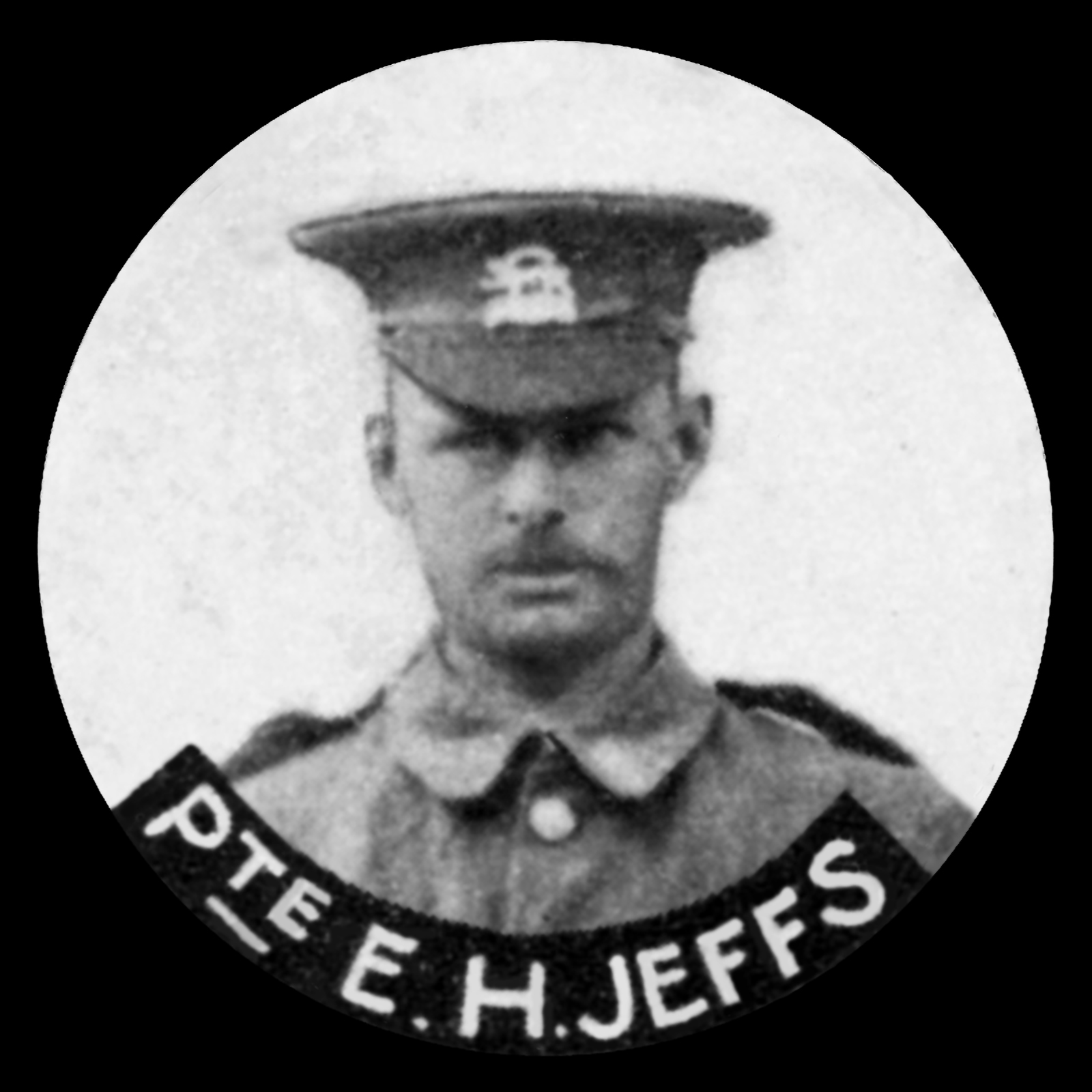 Ernest Henry Jeffs was killed during the Battle of the Somme. He volunteered for the army on 4 September 1914, along with another Caldecott man, John Day. Nine other Rutland men who joined up that day would be killed in the First World War. Ernest was a member of the church choir at Caldecott both as a schoolboy and as an adult. His father Frederick was the Parish Clerk there before the war. Ernest worked at the Corby Ironstone Works. He enlisted in the 9th Battalion Leicestershire Regiment and went out to France on 26 July 1915. A year later, the battalion was on the Somme. According to the battalion's war diary, it took over two German positions recently captured by 50th Brigade, Quadrangle Trench and Quadrangle Support near Fricourt on 10 July. A big British attack was being planned in which the Leicestershire's would take part. On 11 July, the war diary states there was heavy shelling, but no infantry attack. The battalion was relieved on the night of 12/13 July by which time it had suffered 53 casualties, killed wounded and missing. We can assume Ernest was one of these. He has no known grave and is remembered on Panel 3A of the Thiepval Memorial, along with more than fifty other men from Rutland. He is also remembered on the war memorial at Caldecott.