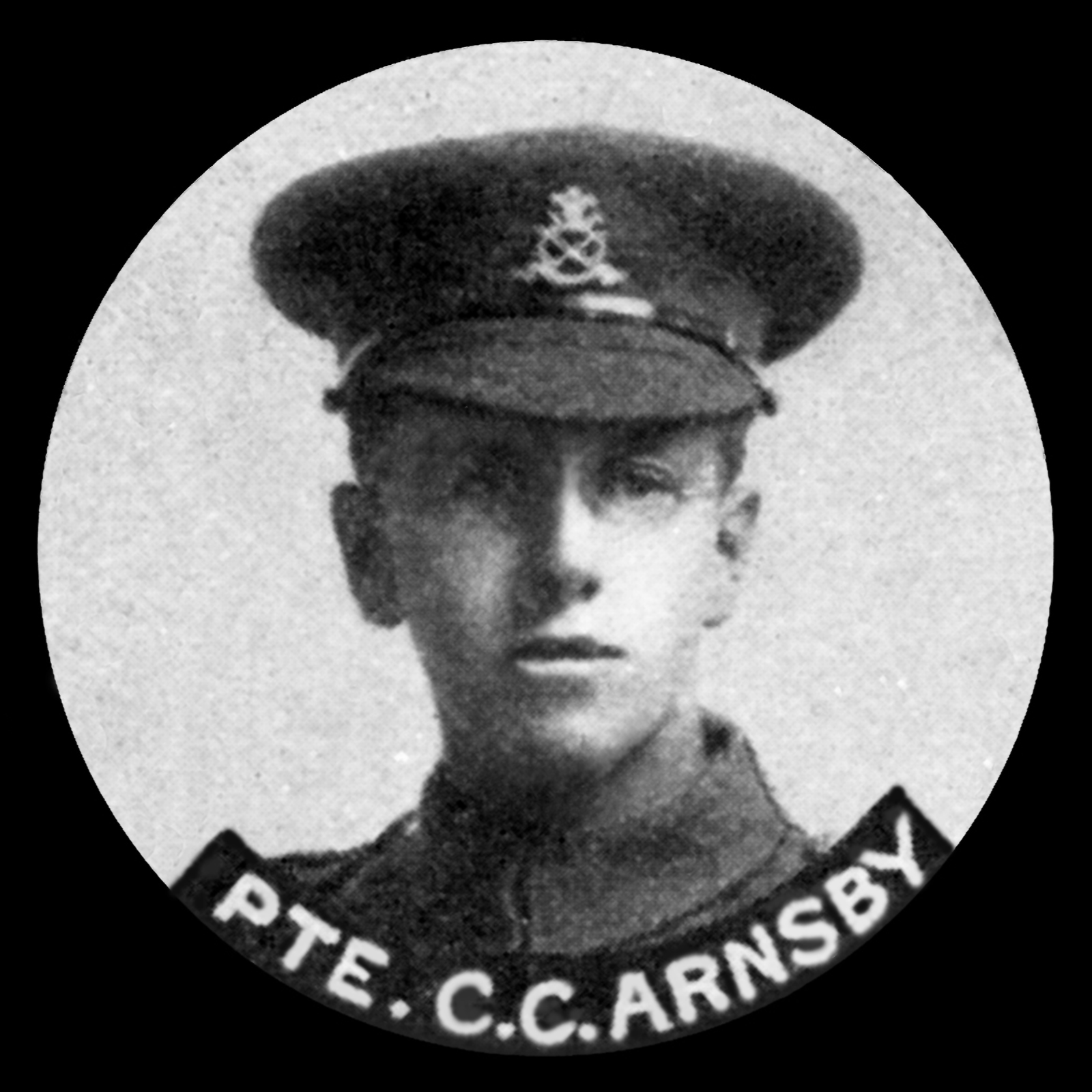 Private Cecil Catlin Arnsby was killed aged 19 less than a month after he went out to fight. He was the son of Edward and Ellen Arnsby of Sundial House, Uppingham and was an apprentice with Messrs. Furley and Hassan, Oakham. He joined the Durham Light Infantry just two months before he was eighteen years old, and was sent to France on 18 March 1918. On the night of the 11 April, his Battalion made a successful counter attack east of Merris on the Somme front and took many prisoners. Early the following morning the enemy attacked in overwhelming numbers, and the whole Brigade fought a rearguard action back on to a line between Meteren and Bailleul during which Cecil was killed. He is buried at Le Grand Beaumart British Cemetery in France, grave II.E.19, and is remembered on the war memorial in Uppingham.