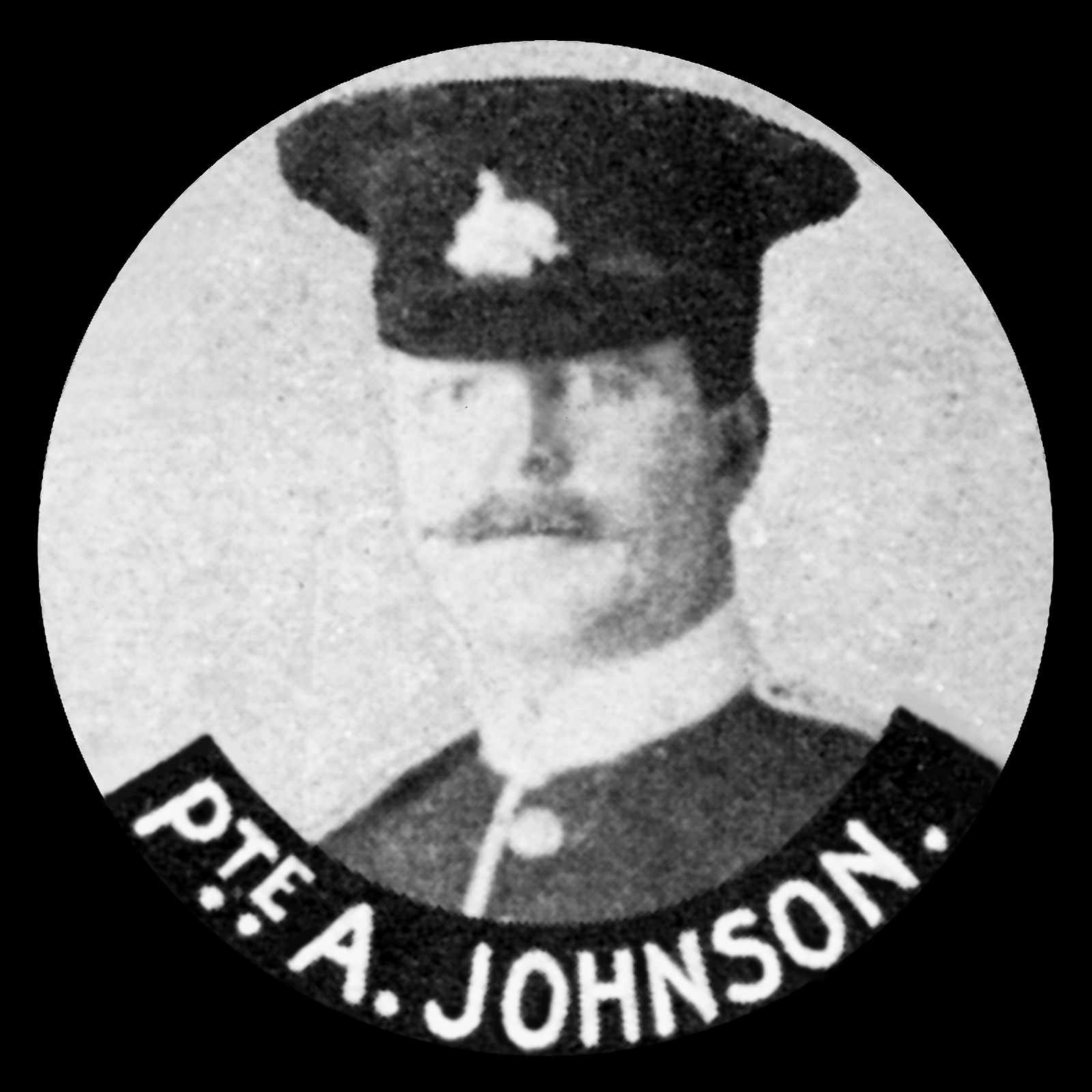 Albert Johnson from Ketton was a career soldier who had joined the Army in 1901. He was born in Ketton on 28 July 1883, the son of Frederick Johnson and his wife. He served in India for ten years and when the First World War began in August 1914 went out to France with the original Expeditionary Force, taking part in the Retreat from Mons. He was wounded by a shell and brought back to the UK to be treated. He died in the Royal Victoria Military Hospital at Netley in Hampshire on 4 November 1914 and is buried in Netley Military Cemetery nearby, grave C.E.1621. Albert is also remembered on Ketton's war memorial.

To find Albert's grave, walk through the cemetery and up the slope, past the Cross of Remembrance and head for the First World War plot towards the right. His grave is near the far perimeter fence, in the second row from the back. His headstone has recently been replaced and is now of more durable marble.