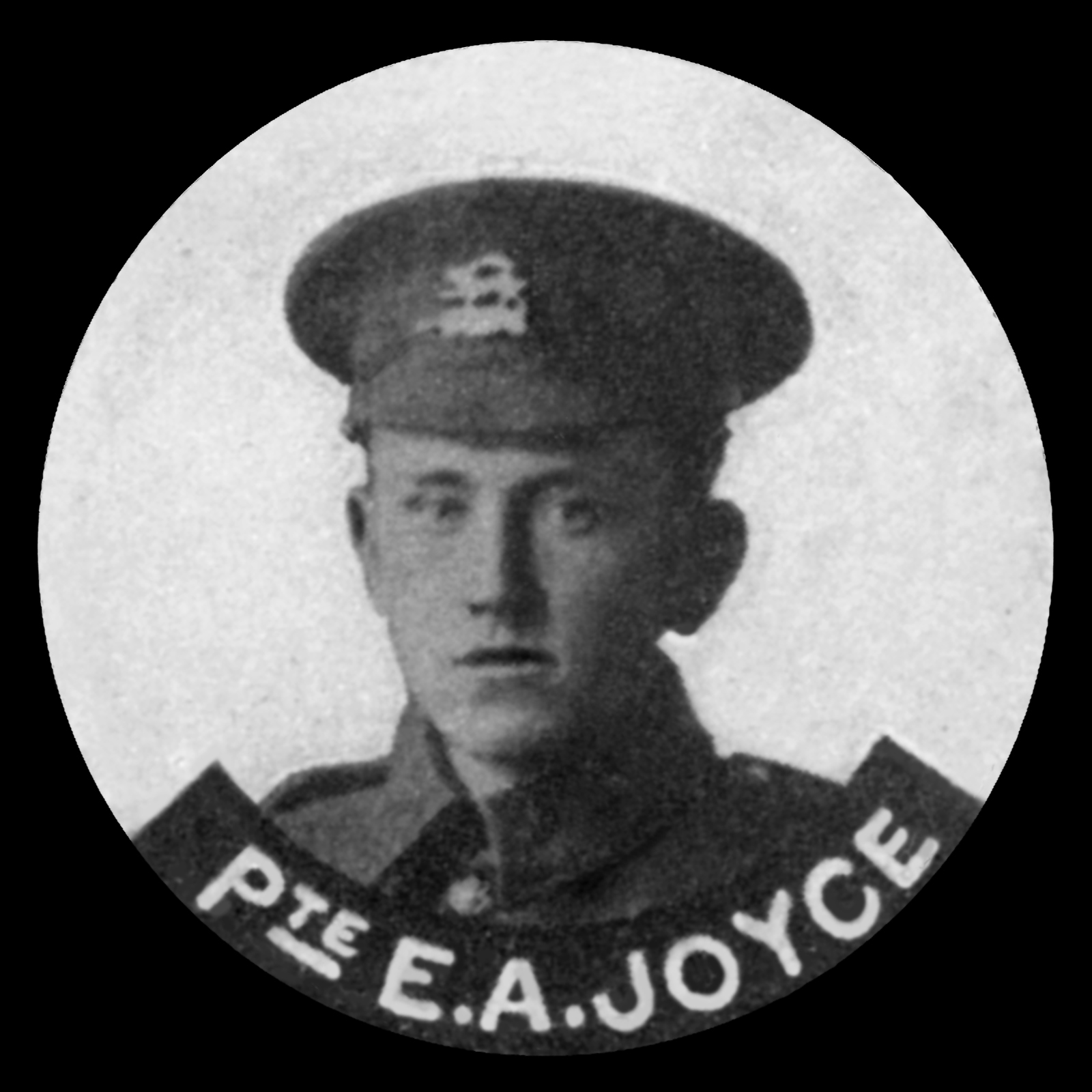 Edmund Alfred Joyce was the only son of John Joyce and his wife from Morcott and is buried in Morcott Cemetery near his cousin Neville who also died in the First World War. Another cousin, Herbert Berridge, who also lived in Morcott, was killed in the Battle of the Somme. Edmund was a member of the Baptist Church and a Sunday School teacher, and according to George Phillips was "of a quiet and loveable disposition, and much respected by everybody in his native village." Edmund was called up on 5 June 1916, and joined the Leicestershire Regiment but was transferred in October to the 17th Battalion Yorkshire Regiment. He was training at Oakland Park, near Chelmsford, on 18 February 1917, when he suddenly became ill and was taken to hospital. Two days later he died of cerebral spinal meningitis. His body was taken back to Morcott where he was buried in the new burial ground just down the road from the church in a service attended by several members of the Rutland Volunteer Regiment. Edmund's grave is towards the back of the cemetery. His headstone is maintained by the Commonwealth War Graves Commission and is much cleaner than many of the others nearby so is easy to spot.