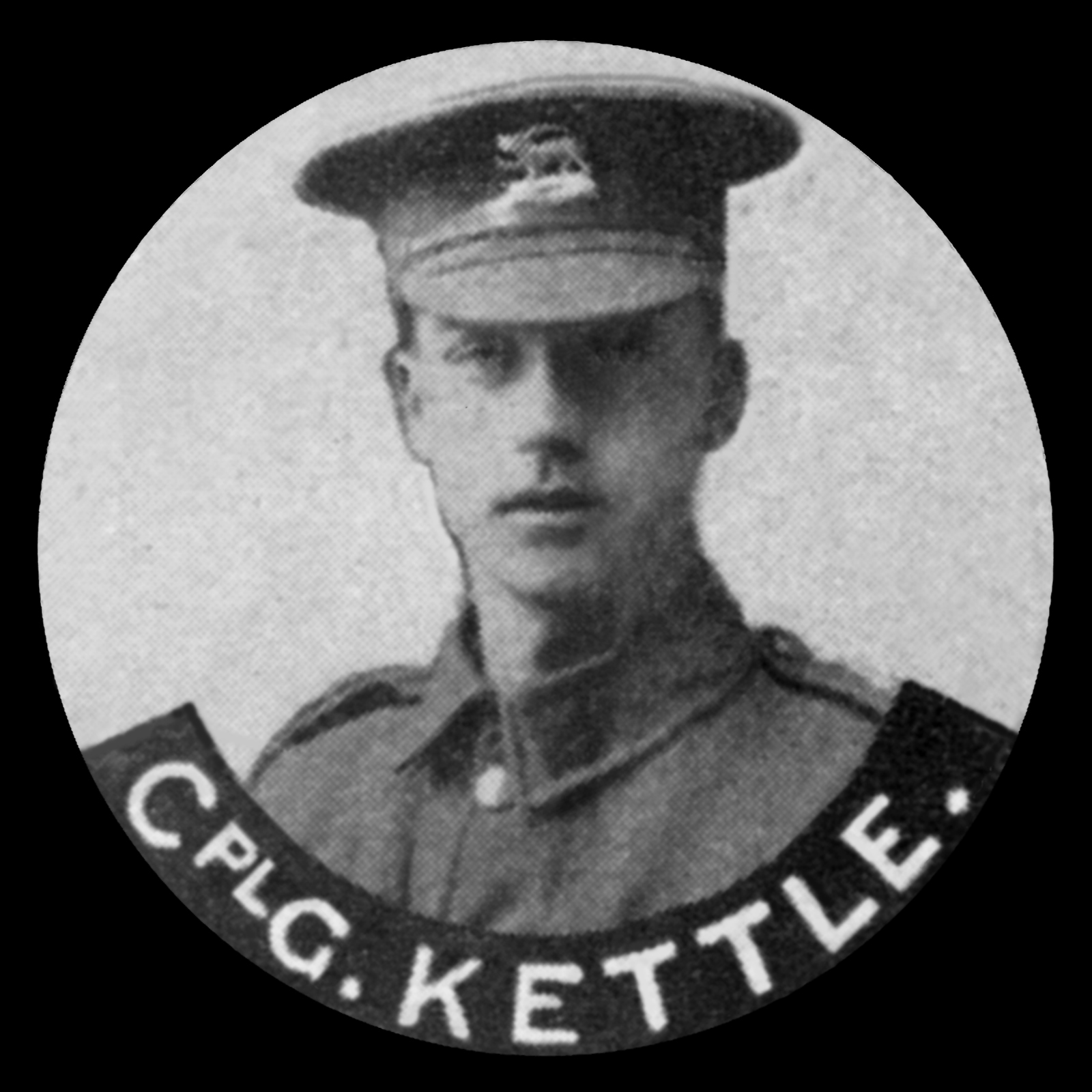 George Kettle was born at Bidwell Lodge near Clipsham on 27 August 1891, but with his parents, James Kettle and his wife, moved to Burley on the Hill. He was employed as a coal carter before enlisting on the 16 September 1914 in the 7th Battalion Leicestershire Regiment. He went out to France on 27 July 1915, and after leave home in July the following year, was transferred to the Royal Warwickshire Regiment. He was killed during a night attack on a German position near Epehy on 16 April 1917, shot in the heart and neck within a few yards of the objective. His Officer wrote: "As usual, he behaved splendidly." He was buried in Epehy Wood Farm Cemetery, nine miles north east of Peronne, grave I.J.5, and is remembered in the church at Burley on the Hill. He was 25.

The grave of Mr Kettle
By John Stokes on Wednesday 12th November '14 at 10:24am
A Rutlander, living in Belgium