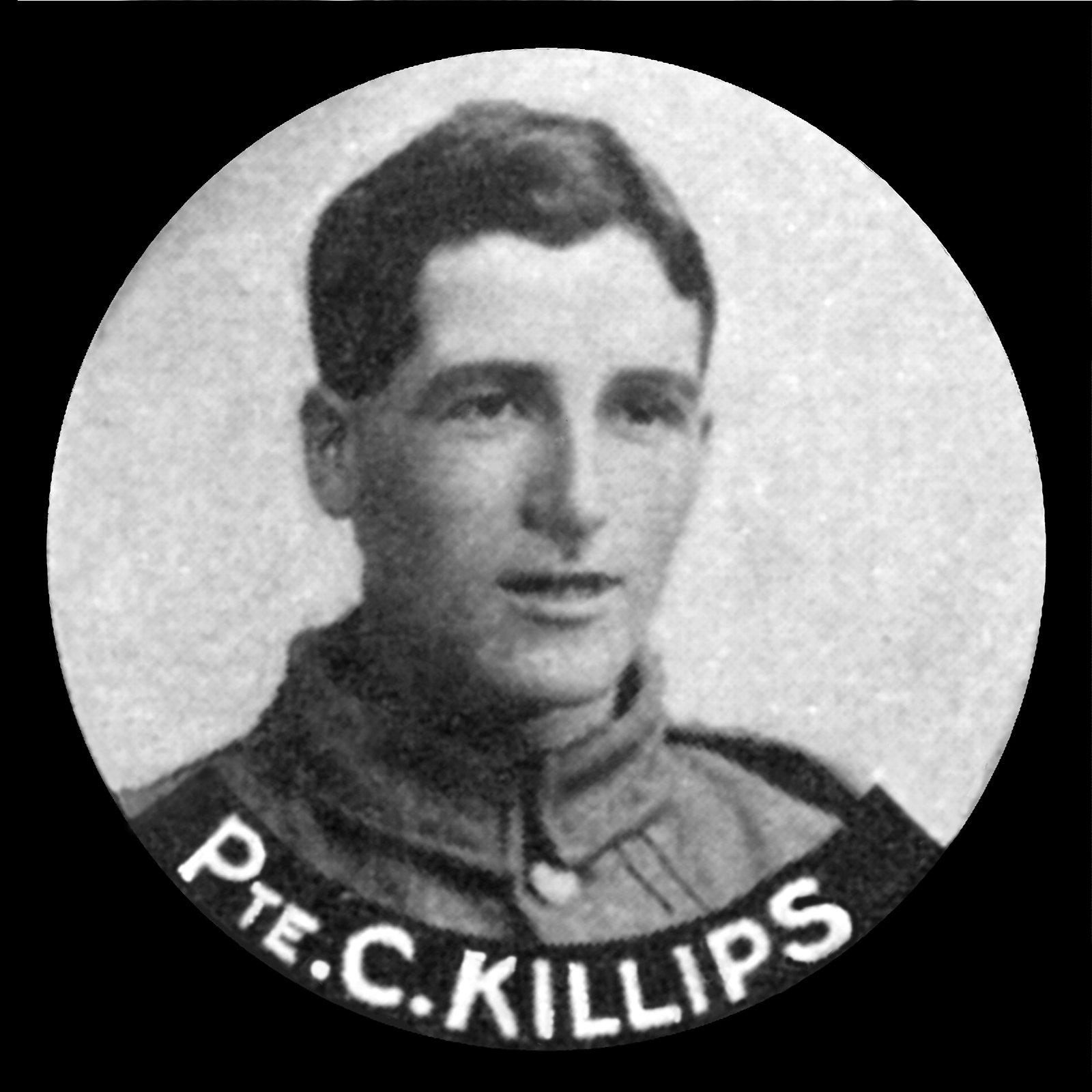 Cecil Killips and his brother William from North Luffenham both died in the First World War. Cecil was born at Lismay, County Galway, Ireland, on 12 April 1897, the son of R Killips and his wife who later moved to Rutland. He worked as a moulder and joined up on 26 March 1915, going to the Western Front on 17 March 1916 with the 1st/4th Battalion Lincolnshire Regiment. He fought in France and Belgium, and according to George Phillips "was a first class machine gunner and bomber." He was killed by a shell on 10 October 1917, at Lens, and was buried at Philosophe British Cemetery, grave II.V.3, one of ten Rutland soldiers buried there. Cecil is also remembered on the war memorial in North Luffenham.

I have to confess it is 37 years since I last visited my Great Uncle Cecil's grave. It was my second visit. The cemetery is set some way from the main road and I recall the road being rather rutted. On my second visit I met, by chance, the gardener responsible for keeping the lawns cut and the graves pristine. The cemetery was one of about thirty I visited as I was following up some private study of the Great War and visiting the graves of the various people I had researched. What shocked me most of all during these many visits was the average age of the deceased. Cecil, who was 20 when he died was the normal age rather than the exception. I was left with a feeling of immense sorrow and a tangible sense of the futility of war. I think we should all, at some point in our lives, take time to visit the battlefields of World War One (and Two) and see for ourselves the result of human conflict - the young lives sacrificed in the name of freedom. I say 'the name of freedom' because the more I know about war the less I think they are about freedom and more they are about the wealthy and social and political leaders of our various countries maintaining control and power.
By MartinKillips on Friday 7th January '22 at 9:12am
It was reported that Cecil was killed instantly by a shell blast on the 10th October 1917 whilst in the trenches near the frontline. However, I researched the conflict and at that time of year the front line was a few miles further east. I read in the Lincolnshire Regiment diaries that some of the personnel were injured by a grenade. I also discovered in another history book that Marzingarbe was a CCS (casualty clearing station) in October of 1917. This makes sense and accounts for why he was buried there. He was probably injured by a blast at the front line and sent back to the CCS where he later died. My Auntie Louise and the family were told, as most families understandably were) that he'd died instantly. But the truth he he probably didn't, as the army didn't allocate stretcher bearers to take back dead bodies. I live in Australia now so I can't nip over the channel and see Cecil so easily. But I hope to pay my respects to him again before I shuffle off this mortal coil.Martin Killips
By MartinKillips on Friday 7th January '22 at 9:36am