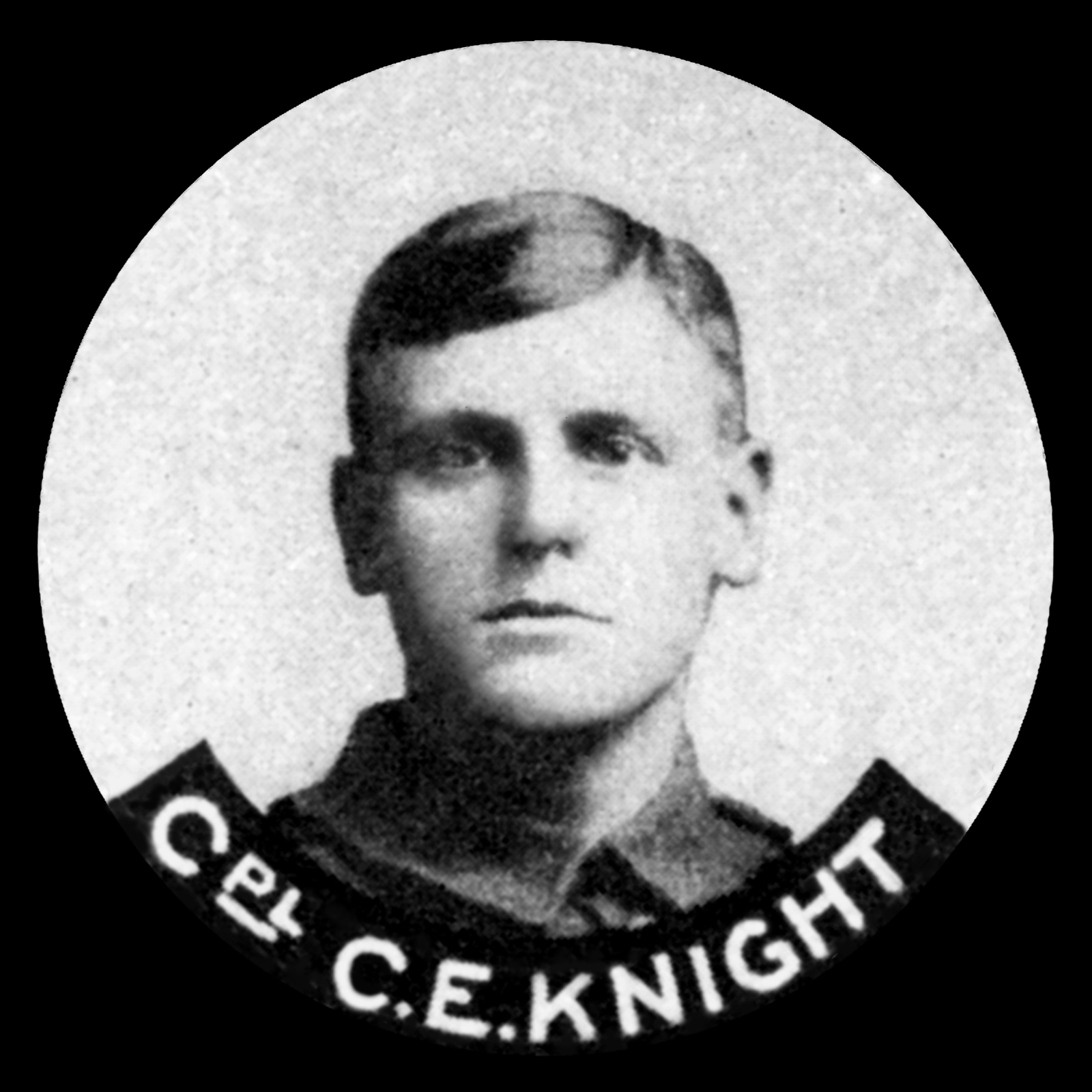 Charles Ernest Knight was born at Uppingham on 16 January 1893 the son of George Knight and his wife. As a boy at Uppingham National School, he secured one of the first scholarships offered by the Education Committee of the Rutland County Council and went to Stamford Grammar School. After spending a year as a student teacher back at Uppingham National School he became a master at a school in Oxfordshire, and then moved to St John's School, Worksop. He was a keen and accomplished sportsman playing cricket and football. Charles was at home on holiday when the First World War broke out, and on 25 September, together with some friends, he enlisted in the 5th Battalion Leicestershire Regiment. He went to France on 9 February 1915, with the rank of Lance Corporal, becoming a full Corporal on 6 August. He took part in the fighting for the Hohenzollern Redoubt in the Battle of Loos and was shot in the arm. Poisoning set in and despite having his arm amputated he died in a Casualty Clearing Station on 16 October. Charles was buried in Lillers Communal Cemetery, grave IV.C.54, and is remembered on Uppingham's war memorial. He was 22.