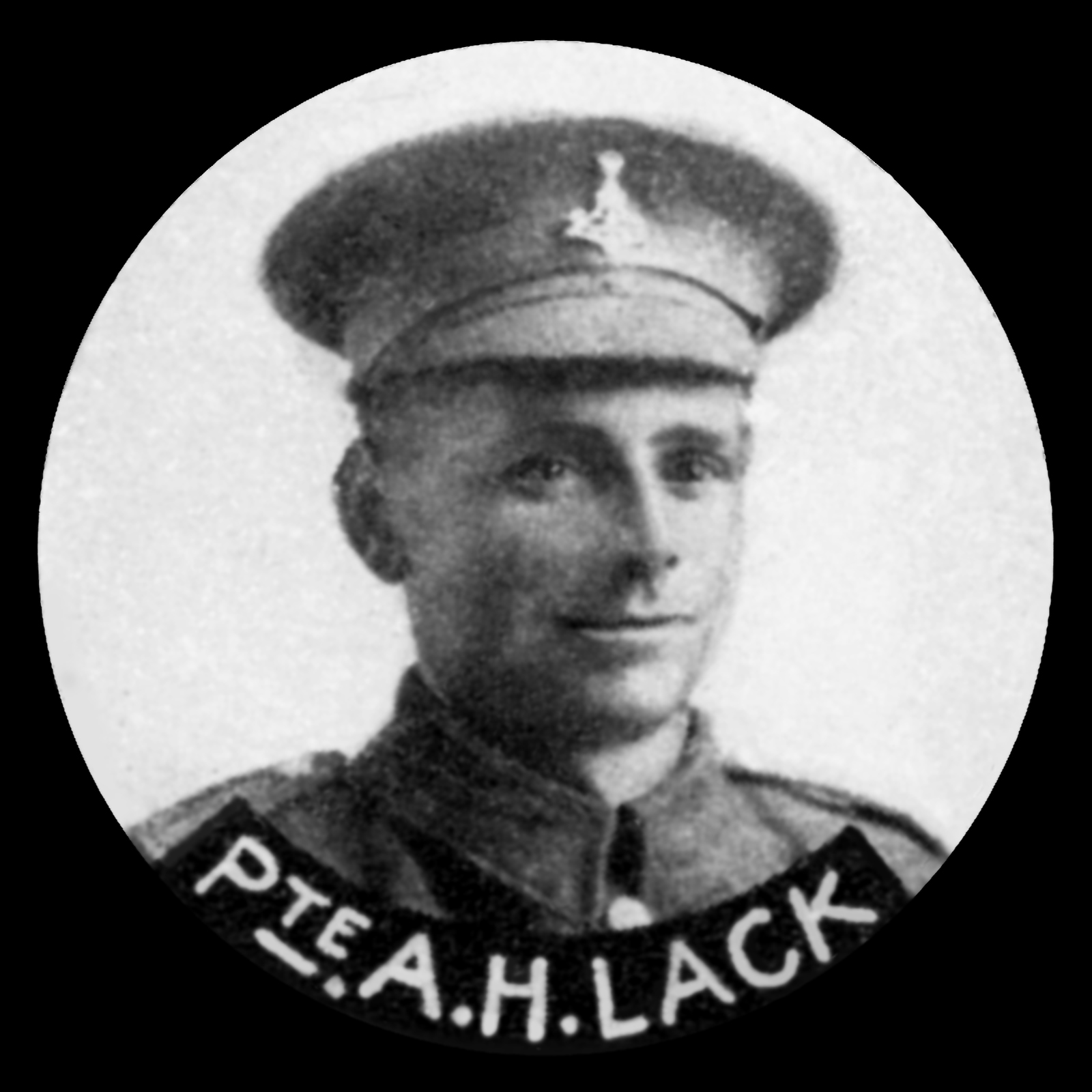 Arthur Harry Lack died from 'flu six weeks after the end of the war which had already claimed the life of his brother Robert Charles Lack. Arthur was born at Seaton on 22 May 1889 and by the time war broke out was married with a young child. He joined the Yorkshire Regiment on 27 April 1917, but was later transferred to the 507th Agricultural Labour Corps. It was while he was based at Common House Farm at Helmsley, near York, that he caught 'flu which was followed by pneumonia, from which he died on 28 December 1918. He is buried at Seaton, but his grave has not been maintained and today cannot be found. He is on the war memorial inside All Hallow's Church alongside his brother.