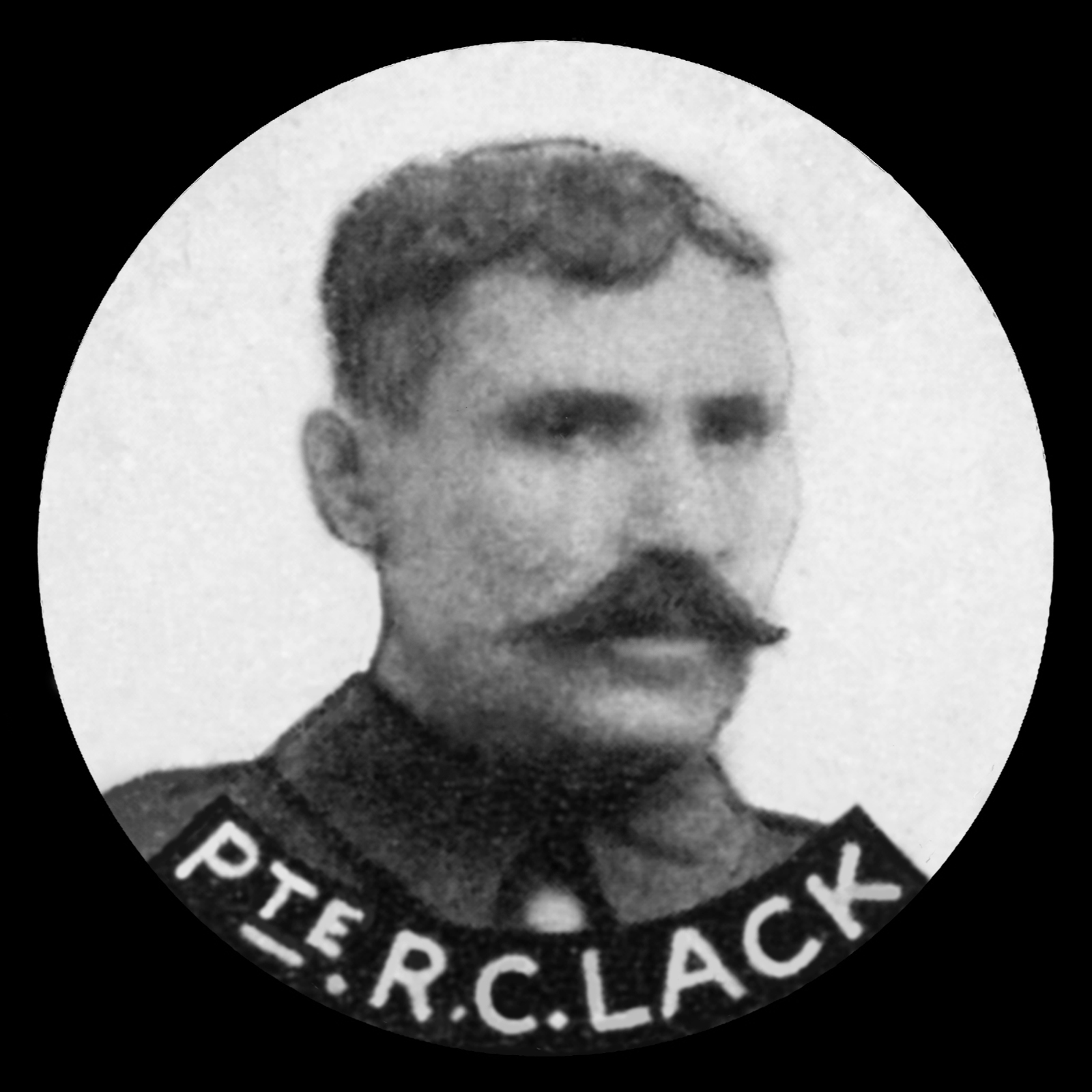 Robert Charles Lack and his brother Arthur Harry both died during the First World War. Robert was born at Seaton in 1881. He was married, and lived with his wife and three children at 31 East Street, Stamford. Before joining up on 28 August 1914, he was working for the Stamford Corporation. He went out with a draft of the Lincolnshire Regiment on 19 September 1915 from St. Alban's to France. Robert was fatally wounded in fighting at the Hohenzollern Redoubt, a German strongpoint, during the Battle of Loos, on 13 October the same year. It was reported he was first hit in the leg, and while trying to get back to the trenches he was shot in the head and killed instantly. He is remembered on panel 33 of the Loos Memorial, and the war memorial inside All Hallow's Church in Seaton.