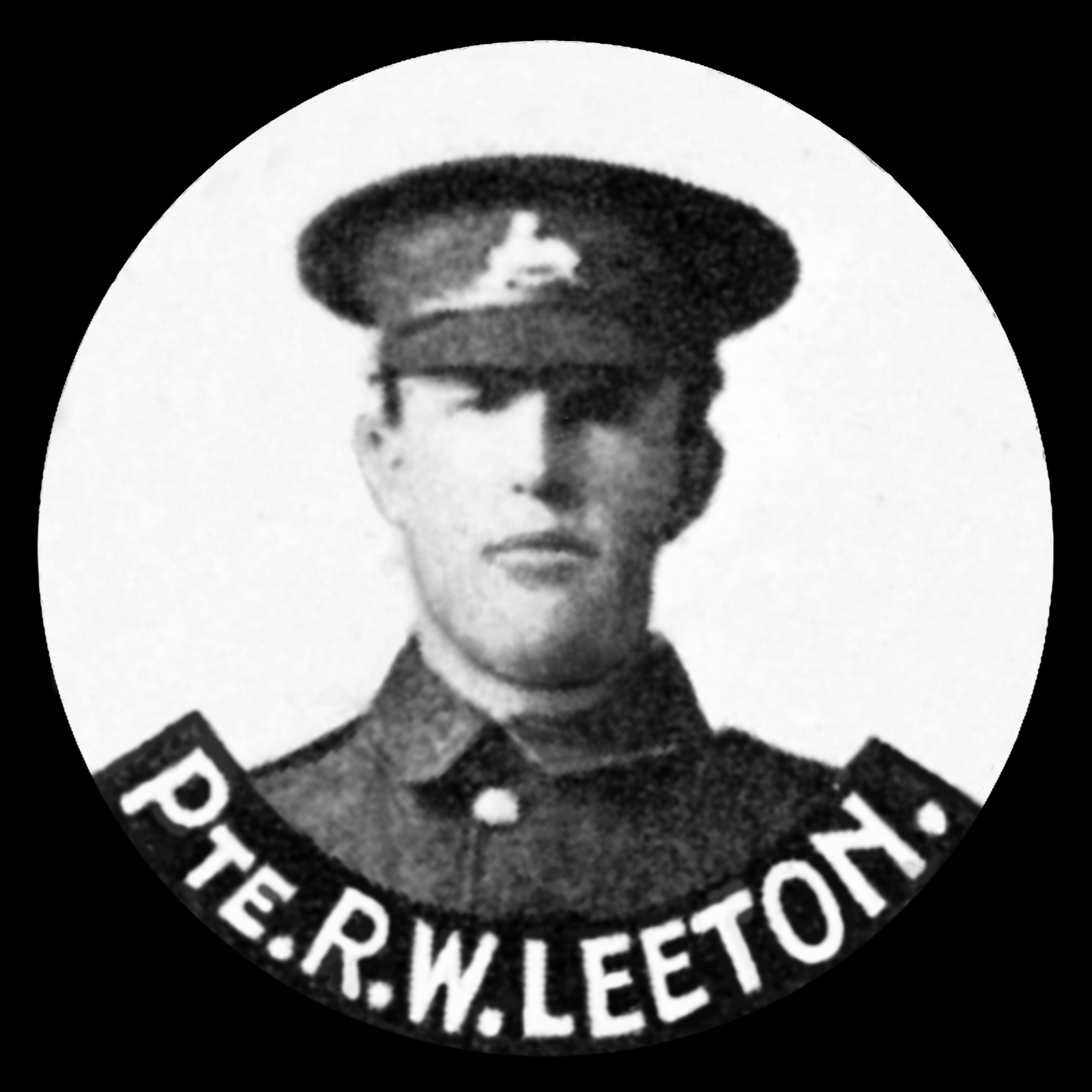 Robert William Leeton was the only child of Bartholomew and Jane Leeton and according to George Phillips in Rutland and the Great War, was born at Stamford. His grandfather was also called Robert. In 1911 the family were living in Great Casterton. Robert enlisted in the Lincolnshire Regiment and according to his official medal card, he went abroad in July 1915 to the Balkans (although it does not say precisely where). He then went to Belgium and fought around Ypres where he was reported missing in March 1916, presumed dead. Robert is remembered on Panel 21 of the Menin Gate and also on the war memorial on the gates of the church at Great Casterton and on a plaque inside All Saints' Church at Little Casterton. This was originally put up in Toll Bar Methodist Chapel which is now a private house.