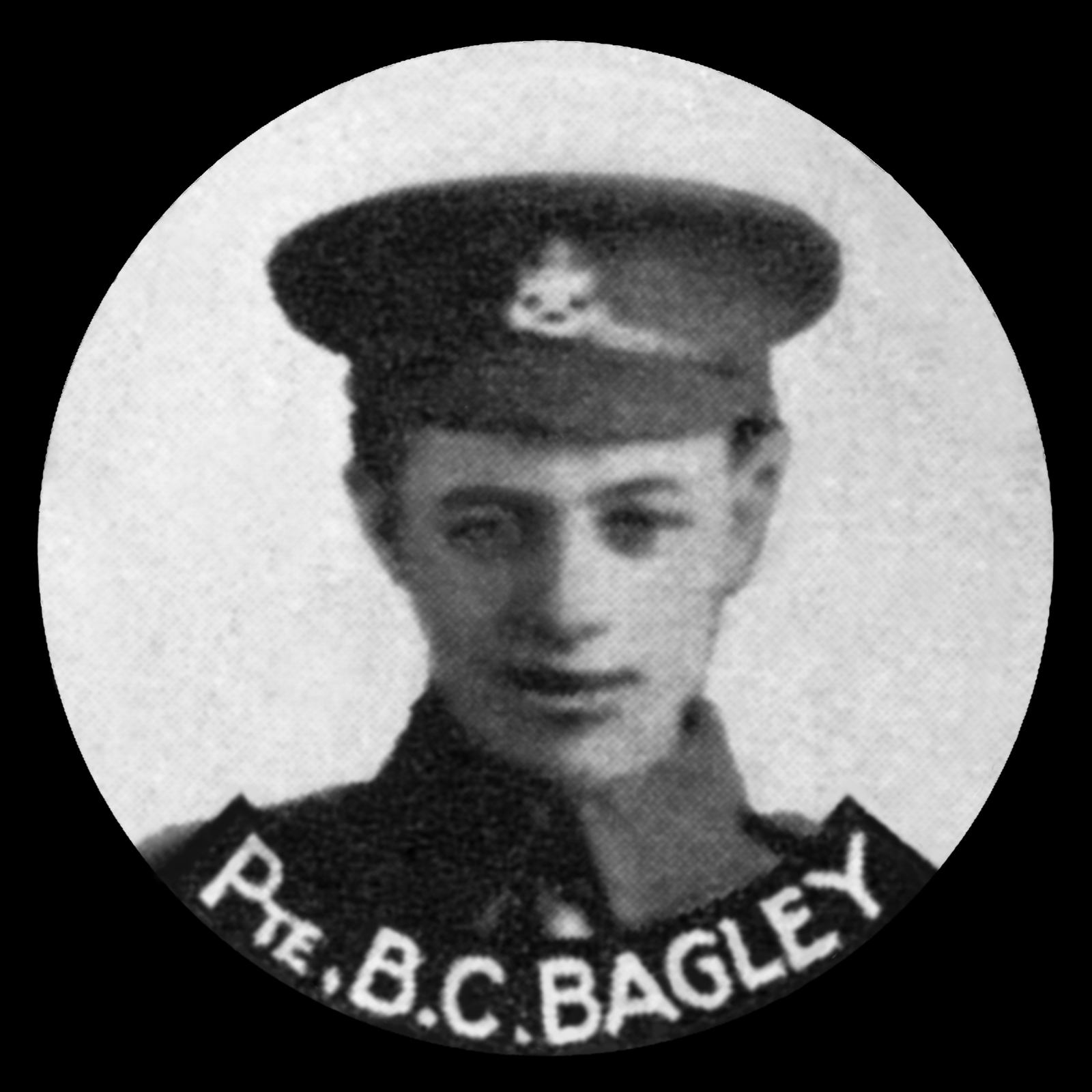 Private Brian Carpendale Bagley was killed in the Battle of the Somme, one of three Wing soldiers to die within a week of each other. He was the son of Joseph and Katherine Bagley, born sometime between October and December 1895. He was one of four boys of whom two, Joe and Bernard, died in childhood. His father died in 1906. Brian's mother worked as a school caretaker in Wing, and as a teenager he helped to make money for the family as an errand boy. He enlisted initially in the Sherwood Foresters (Notts and Derby Regiment) on 5 November 1915. He was trained at Watford and was sent out to Ireland to help put down the Easter Rising in 1916. Brian transferred to the 16th Battalion Manchester Regiment before being posted to the Western Front in August. He was killed by a shell near Flers on 18 October 1916 while returning from carrying the wounded. His Captain wrote: "He died doing his duty, and on an errand of mercy. We buried him where he fell and put a cross to mark the spot." He is now buried at Bulls Road Cemetery at Flers, grave III.K.14. Brian was a member of the Wing Church Choir and belonged to the local cricket club, and is remembered on the war memorial in the church. The other two soldiers to die in the same week as Brian were Arthur Taverner and Edwin Hubbard.

George Phillips in Rutland and the Great War has his date of death as 19 October 1916. The Commonwealth War Graves Commission and the Battalion war diary both record his death on 18 October.