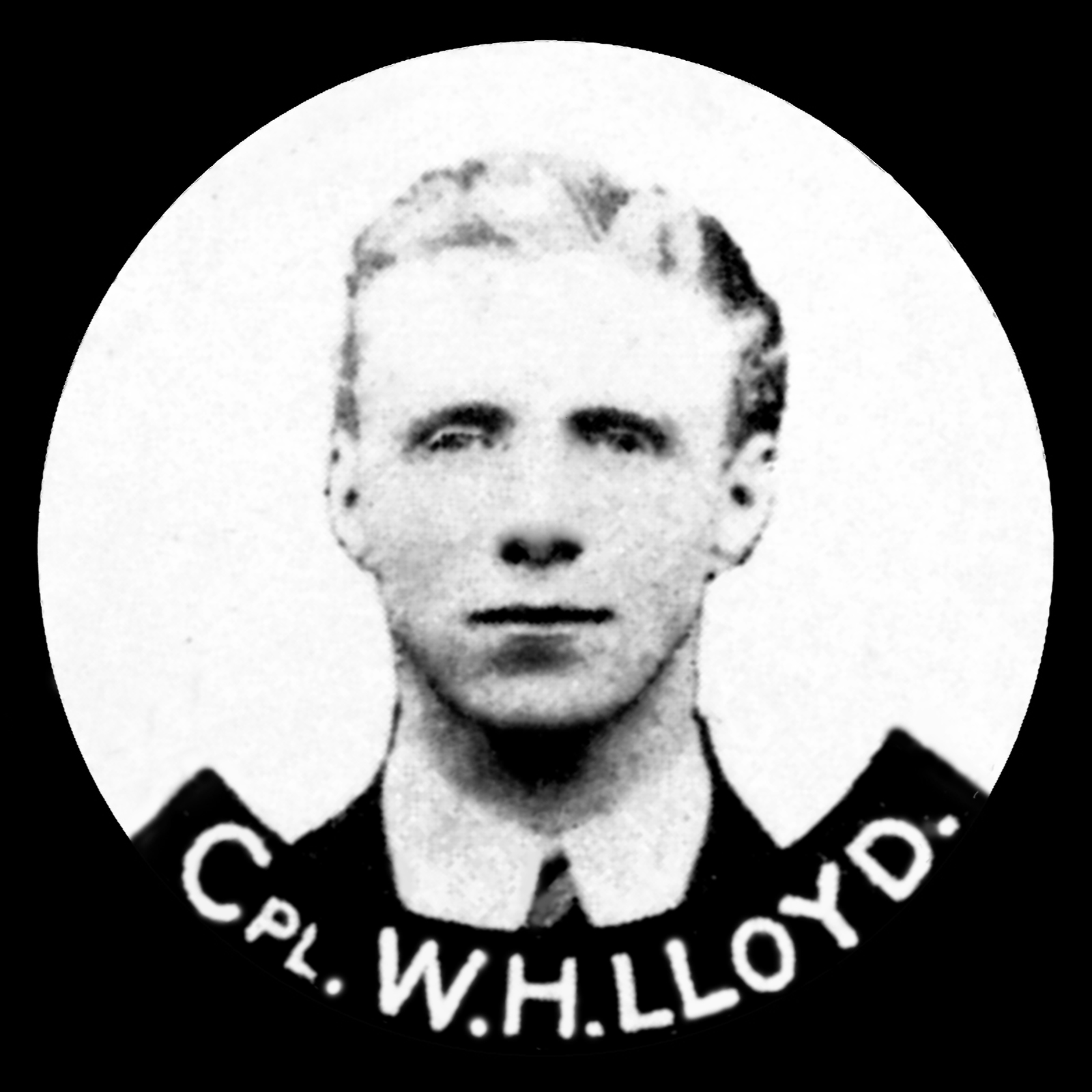 William Henry Lloyd from Wales was a professional soldier serving in the Grenadier Guards. He was born at Rhostosllyn, near Wrexham, on 25 March 1888. He was said to have been a fine athlete, particularly in football and boxing, winning more then one welterweight competition. When the 2nd Battalion went out to Belgium on 12 August 1914, Corporal Lloyd went too while his wife, Ada, and young family went to live with her parents, a Mr and Mrs Stanton, in Whitwell. William was killed at Ypres by a shell on 7 November the same year. He left three children. He has no known grave and so is remebered on Panel 9 of the Menin Gate. He is also remembered on the war memorial in Exton and on the memorial plaque inside the church at Whitwell.