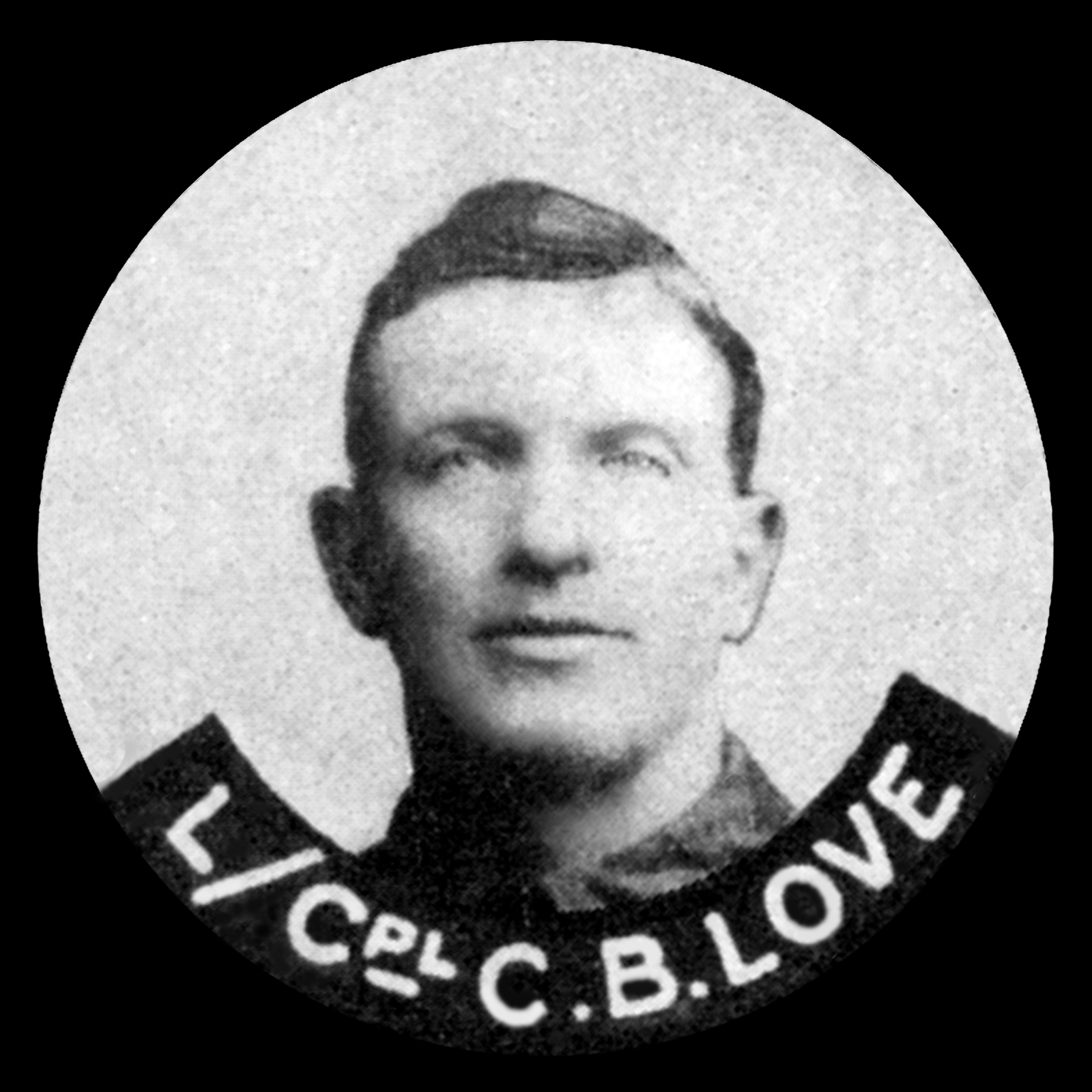 Corporal Cyril Bertie Love of Uppingham was wounded three times, gassed, won the Military Medal and died in 1918's great 'flu epidemic. He was a son of John Thomas and Eliza Love T Love and was born on 21 June 1891. Cyril was living at Great Easton when war broke out and on 4 September he enlisted in the 1st/5th Battalion Leicestershire Regiment. He went out to France on 28 February 1915 and fought at Neuve Chapelle, Ypres and the Battle of Loos. He was awarded the Military Medal on 11 November 1916 for bravery in rescuing wounded comrades whilst wounded himself, and for conspicuous gallantry on other occasions. He was discharged from the army because on 13 September 1917 after being injured in both ankles while serving on the Somme.  His discharge papers explain he was with a bombing party on 28 September 1916 when a shell exploded near to him, damaging his right ankle.  He was left buried by the explosion and this damaged his other ankle as he tried to dig himself our. He bought a butcher's business in Uppingham. In December he married Margaret Clarke, daughter of T S Clarke, of Bringhurst, Market Harborough, with whom he had served his apprenticeship. But their marriage was all too brief. Cyril died on 9 November 1918 from septic pneumonia following influenza. He is buried in Uppingham Cemetery but does not have a Commonwealth War Graves headstone because he had been discharged from the army. He shares a grave with his elder brother Charlie Hamilton Love who died in 1911 in March 1911, aged 27 years. His grave is in the lower cemetery the other side of the road from the war memorial, and is in the far right hand corner. It is the second grave in on the second row from the wall at the end of the cemetery. His wife and child, who was born after his death, later moved from Uppingham back to Bringhurst.  His father John is buried in the same cemetery, right beside the entrance on the right hand side.