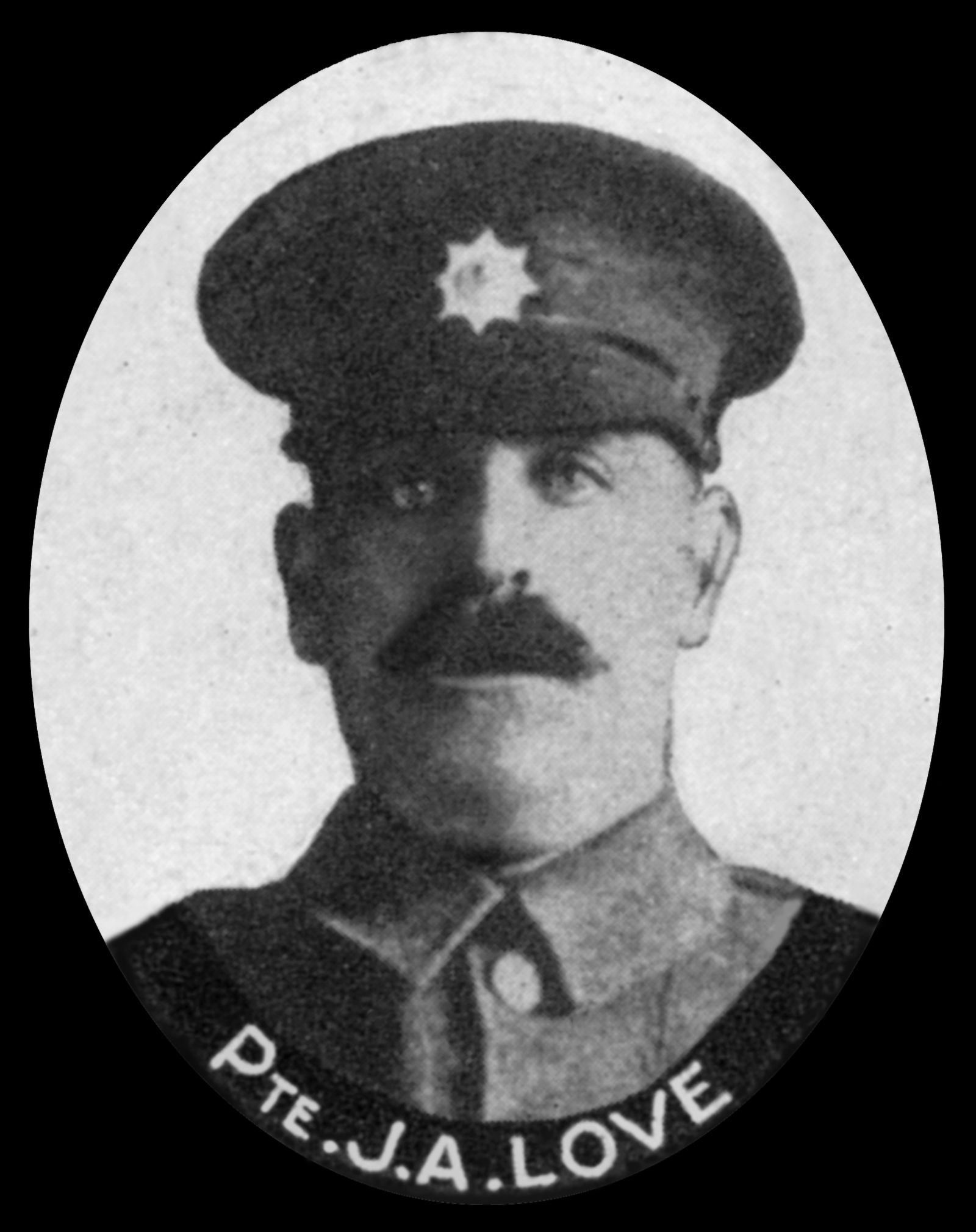 Joseph Arthur Love was the only son of William Love of 37, Gaol Street, Oakham. He was born in the town on 7 February 1882. In his boyhood he belonged to the Oakham Church Lads' Brigade, and then joined the old Volunteer Force, the forerunner of the Territorial Force in which he continued to serve when it was formed in 1908. He was a drummer with Oakham Company and was at annual camp at Bridlington in the first week of August 1914 when war was declared. He volunteered for active service and went to France on 26 February 1915 with the 5th Battalion Leicestershire Regiment. He was there for eighteen months until he was wounded and discharged from the army. Arthur worked in munitions production before rejoining the army, enlisting in the Coldstream Guards, and went back to the Western Front for a second time on 8 July 1917. About a year later he became ill with pleurisy, and was sent home. He died in the 2/1 Southern General Hospital, Birmingham, on 23 July 1918. George Phillips wrote that Private Love was well known in local cricket and football circles, acting as groundsman for the Oakham Cricket Club for some seasons, and he also kept goal for Oakham Football Club. His funeral in Oakham was held with full Military Honours and was attended by the Lord Lieutenant, Lord Ranksborough. Joseph is buried at Oakham Cemetery, grave 43.51, where he has a Commonwealth War Graves Commission headstone. The grave is close to the chapel in the middle of the cemetery in the plot on the left of the church, close to several other First World War casualties from the town. He is also remembered on the war memorial in Oakham.