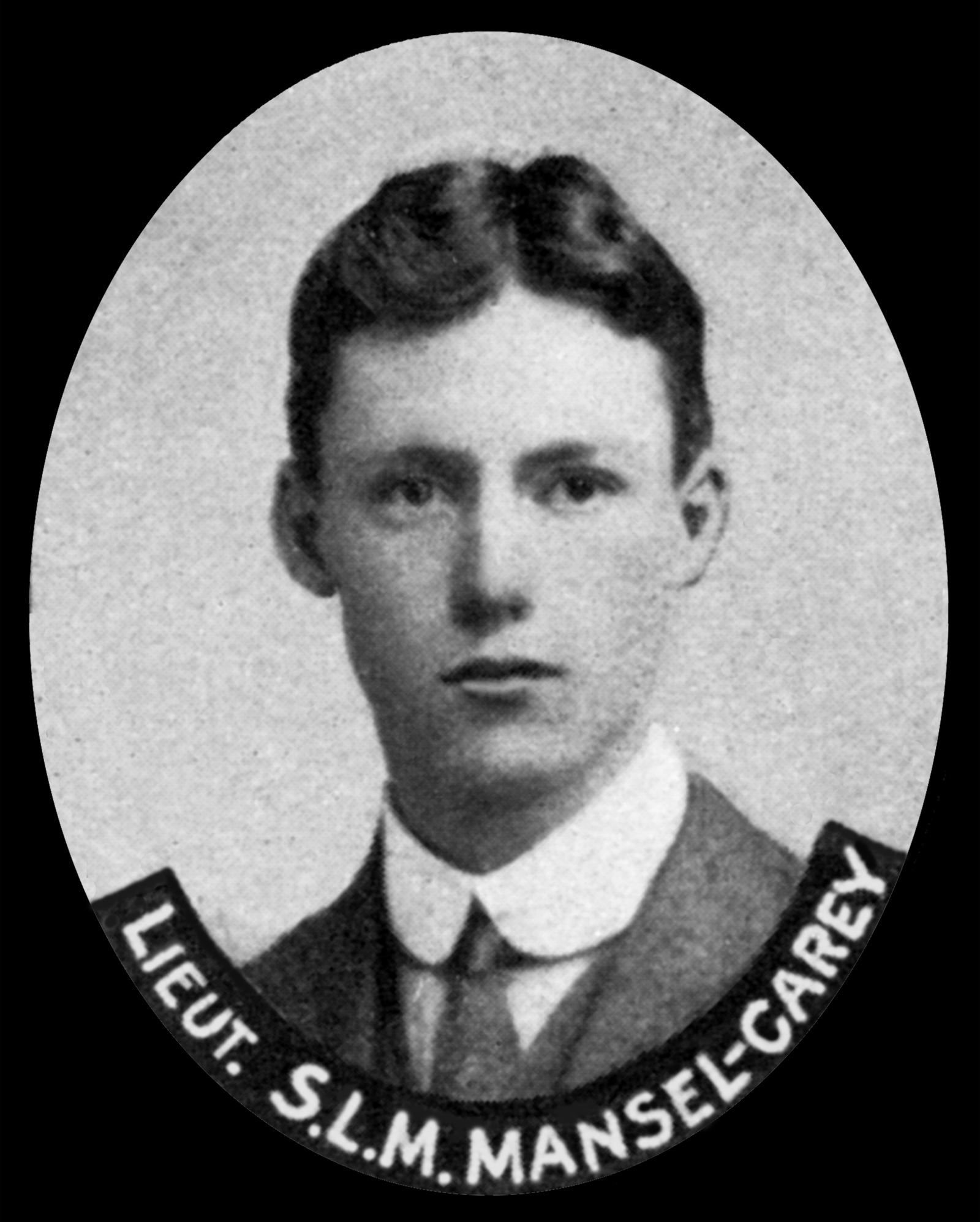 There is a tiny part of the Somme battlefield known as Mansel Copse and some say it is named after Spencer Lort Mansel-Carey who was mortally wounded there in February 1916. Spencer was the elder son of Spencer and Mary Mansel-Carey of Chesterton, High Street West, Uppingham, and was born in the town on 12 March 1893. He was educated at Uppingham School and Magdalen College, Oxford where he was a prizewinner in both English and Mathematics. After a year at university he obtained a Commission in the 8th Battalion Devonshire Regiment in December 1914 and went to the front in October 1915 as a Second Lieutenant. He took part in five months of trench warfare around Loos before moving to the Somme area before being fatally wounded in the trenches near Mametz by a German rifle grenade during a bombardment on 24 February 1916. The place where he was injured is known today as Mansel Copse, now the site of the Devonshire Cemetery, one of the most poignant on the Somme. The only slight flaw in the idea this small patch of woodland was named after Spencer is that at least one trench map published before he was injured already marked it as Mansel Copse (see 10-62DNE2-2-070216-Meulte-S-2). But it could equally be he - or his men - named the copse after him while he was still alive and were occuping the trenches in this area. Either way, many tributes were paid to Spencer. The President of Magdalen College, Sir Herbert Warren, wrote: "Amiable, modest, good allrounder, playing for his house in all games, a conscientious worker, a fair classic, and a prize winner in Mathematics and English, he was a valuable and valued influence at school and not less so in his short time at college." His tutor wrote: "No sweeter natured boy ever walked this earth, nor one who loathed violence and brutality more. His father's profession, which he had intended to follow, lost much by his removal." His Colonel wrote: "We all feel his death very much; he was such a favourite in the battalion, always so cheerful. The battalion will miss him much as a soldier. His work was always so thorough and he inspired his men with such confidence." A fellow officer wrote: "His men did the best work in the company, and I knew I could rely on him to see it carried out, at a time when supervision meant a heart breaking wallow in icy mud and water. I am sure the platoon, which was his for so long, will suffer severely from his loss. Two days before the fatal Thursday we had a severe bombardment, and though we suffered very lightly, it was a trying experience; but I am told he rose splendidly to the occasion, and no doubt it was in trying get artillery retaliation to protect his men that he was hit two days later." His Captain wrote: "Since October last he has been my second-in-command, and his death has been a very real blow to me. I relied much on his common sense and his keenness. I knew that he had a good hold upon his men, so that, from the professional point of view, I feel myself robbed of my chief assistant, whose place it will be hard to fill." Spencer is buried at Corbie Communal Cemetery in France, grave I.D.9, and is remembered on the Uppingham war memorial. There is also a plaque to his memory in St Mary's Church, Tenby, Pembrokeshire.