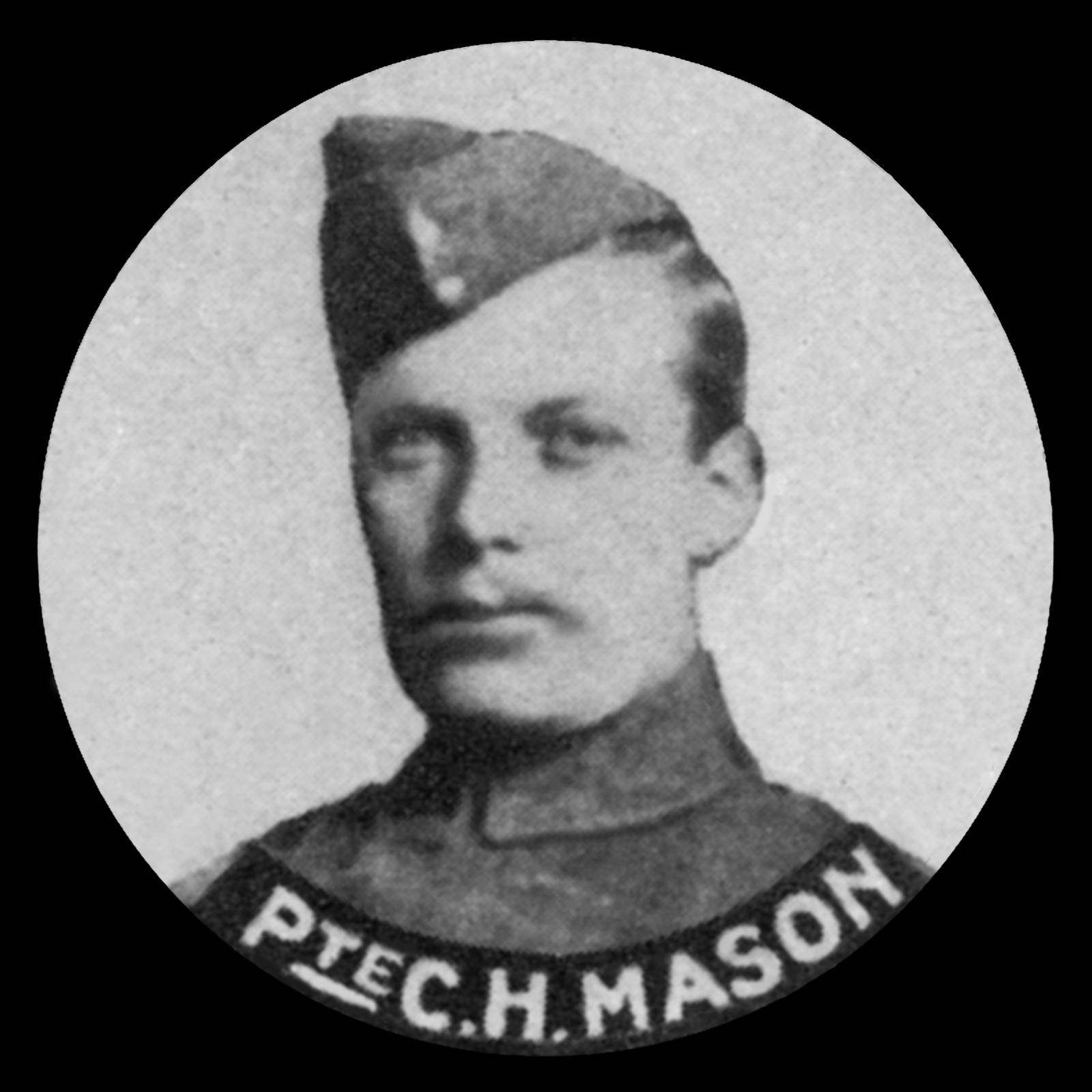 Clarence Henry Mason was the son of George and Mary Mason of 4 West Road, Oakham. He joined the Royal Flying Corps as an Air Mechanic (2nd Class) on 4 August 1914, the day the First World War began. George Phillips wrote: "He made excellent progress while at the Royal Flying Corps camp at Farnborough and was recommended for promotion to Corporal only a few days before he was taken ill and died, March 2nd, 1915." He was buried at Oakham Cemetery, grave 3.43, which is close to the front of the cemetery on the left hand side as you walk in the main entrance. He has a distinctive Commonwealth War Graves headstone which was replaced in 2015. Clarence is also remembered on the war memorial in the grounds of All Saints Church in the town. He was 29.