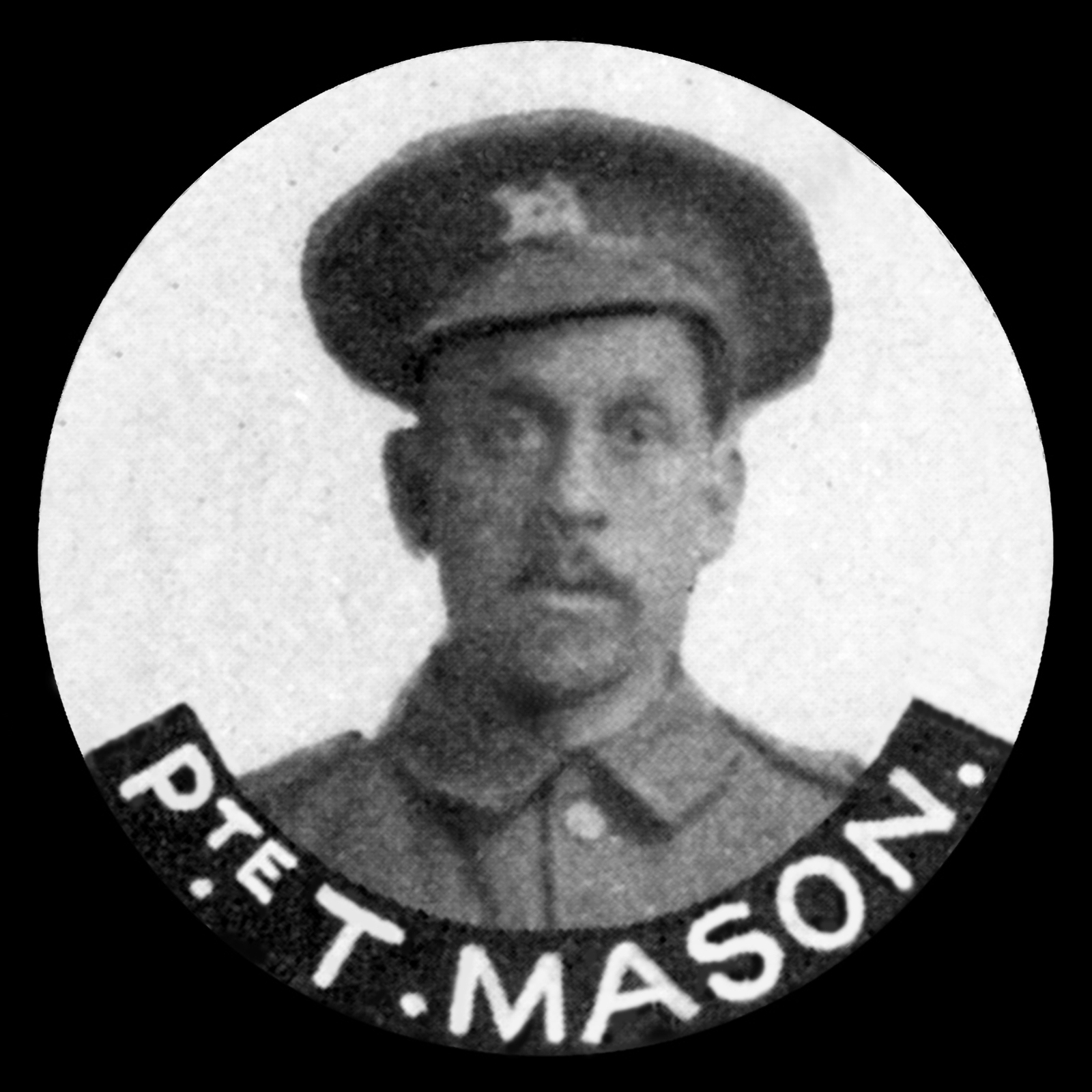 Thomas Mason was married to Grace Lois Mason and lived at 17 Simper Street, Oakham with their child. He had been born at Stoke on 27 May 1885. Thomas worked as a carter, and enlisted into the Cambridgeshire Regiment on 4 April 1917 in Oakham. He went to France on 20 August 1918 and died less than three weeks later on 5 September. Thomas is buried in Peronne Communal Cemetery Extension, grave V.O.20, and is remembered in Oakham Baptist Church as well as on the town's war memorial.

In Rutland and The Great War, George Phillips has his date of death as 6 August 1919, nine months after the war had finished.

The grave of Mr Mason
By John Stokes on Wednesday 12th November '14 at 2:17pm
A Rutlander, living in Belgium