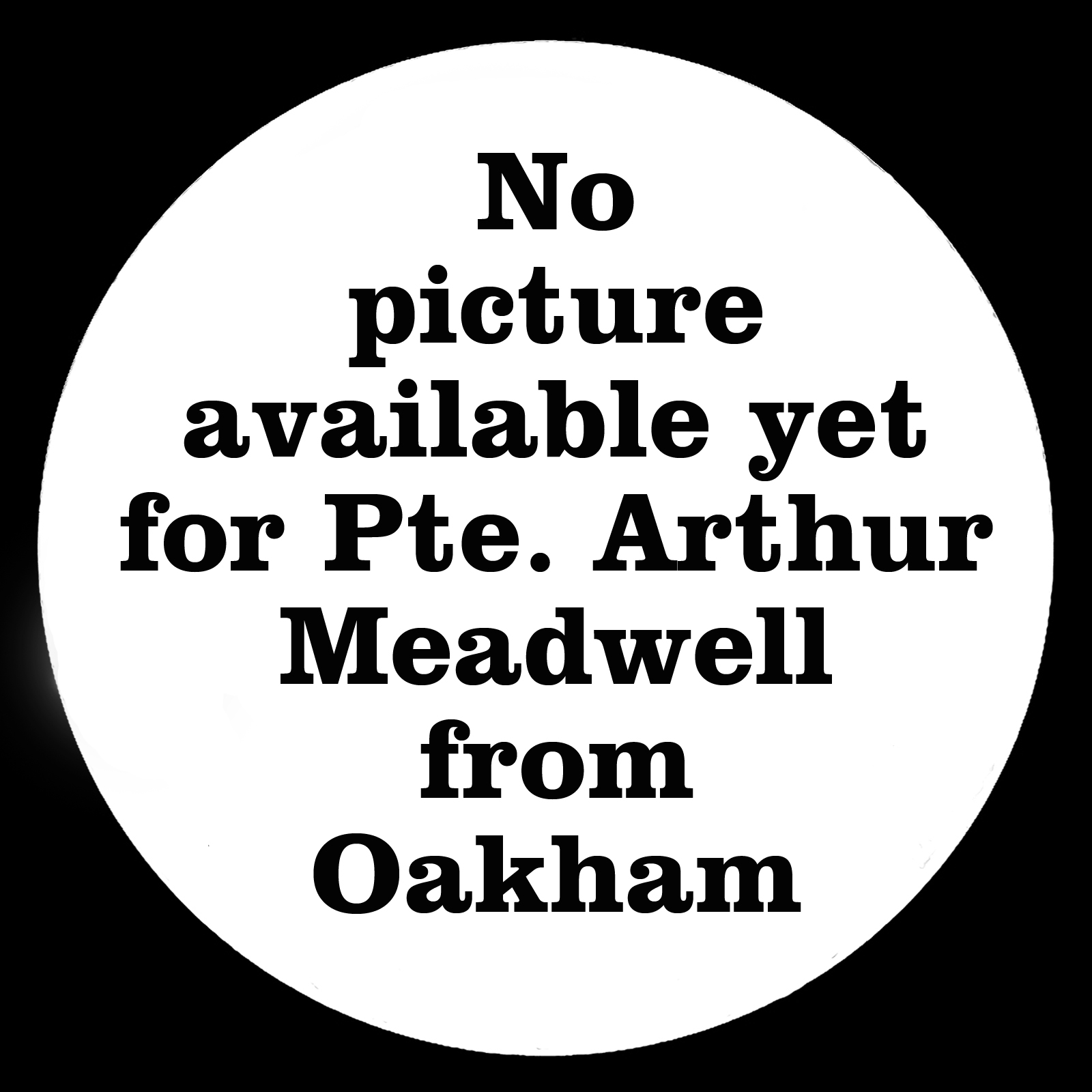 Arthur Meadwell was born in Melton Mowbray and worked as a tailor on West Road in Oakham before the war. He was married to Charlotte, the daughter of the caretaker of the Oakham Institute, a well known local organisation at the time. He served in the 2nd Battalion Leicestershire Regiment, part of the newly-formed Mesopotamian Expeditionary Force, when it took part in the advance against Ottoman troops which eventually led to the capture of Baghdad. Progress along the Tigris had been slow but on 16 February 1917 the battalion was ordered to take over some front line trenches while the 21st Brigade on their left attacked the Turkish positions. It seems the Leicestershires were spectators at the battle and did not take part themselves. On 18 February, the day Arthur died, they were ordered back to camp. The battalion war diary says: "During the 48 hours in the trenches we had one casualty." In Rutland and the Great War, George Phillips wrote that Arthur died of wounds so it may have been that he had been injured earlier and was being treated in hospital at the time of his death. He is buried in Amara War Cemetery in Iraq, grave XXI.C.17, although he no longer has a headstone due to the ground conditions there. Instead he is commemorated on a screen wall at the cemetery. He is also remembered on the war memorial in Oakham. After the war his widow Charlotte was living in Elton, near Peterborough, where Arthur's father Thomas was also living. Arthur's service record does not exist but his record of soldier's effects show Charlotte received £8/1/1 after his death.