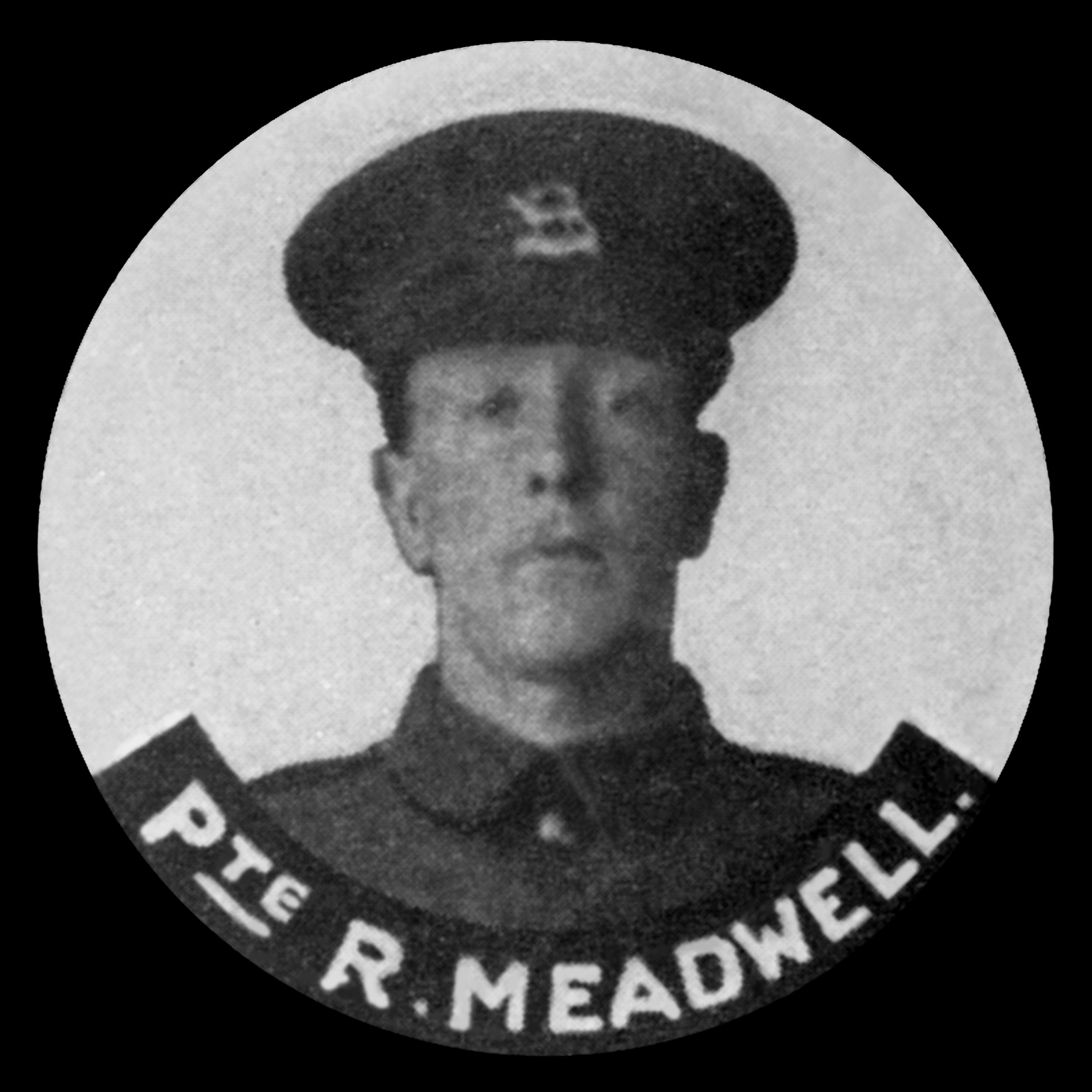 Robert Samuel Meadwell from Morcott was born on 21 August 1890, the second son of William Meadwell. The family lived in Glaston until William's death and then moved to Morcott. Before the war Robert was working for Guy Fenwick, from The Elms, Morcott. Local people who remembered him immediately after the war described him to George Phillips as having a cheery word for everyone and was very popular. Robert enlisted in the 1st Battalion Leicestershire Regiment on 1 January 1915. He went out to France the following May, and took part in the fighting at Loos and at Ypres. He was wounded in the wrist by a bullet and invalided home in November. Robert returned to France and fought in the Battle of the Somme where he was killed at near Morval on 15 September 1916 by a machine gun bullet. The Leicestershire's were part of 71st Infantry Brigade which took part in an ambitious attack aimed at capturing Morval, Lesbouefs, Gueudecourt and Flers. The battalion war diary described what happened: "At about 5.50am two enemy aeroplanes appeared above us but did not stay long. About this time also a tank was noticed on our right moving quietly up to the enemy's front line. On arriving there he immediately opened fire with his machine guns enfilading the German trenches on either side. He was very heavily fired on by the enemy's machine guns which apparently had no effect." Zero hour was fixed for 6.20am. "The leading Companies advanced at the walk at 30 yards distance between lines. A heavy machine gun was immediately opened by the enemy. The support Companies followed in the same formation 300 yards in rear of last wave of leading Company." Things were beginning to go wrong. "The mist and smoke was terribly thick and allowed no observation by support Companies and Battalion HQ as to exactly what was happening...throughout the advance the battalion suffered very heavily from machine gun fire...and held up by very strong and undamaged wire in front of Quadrilateral [a German strong point]." The attack petered out and eventually the Leicestershires were forced to withdraw with casualties of 14 officers and 410 men killed and wounded, including four others from Rutland. Robert was 26. He has no known grave and he is remembered on Pier 3A of the Thiepval Memorial as well as on Morcott's war memorial.