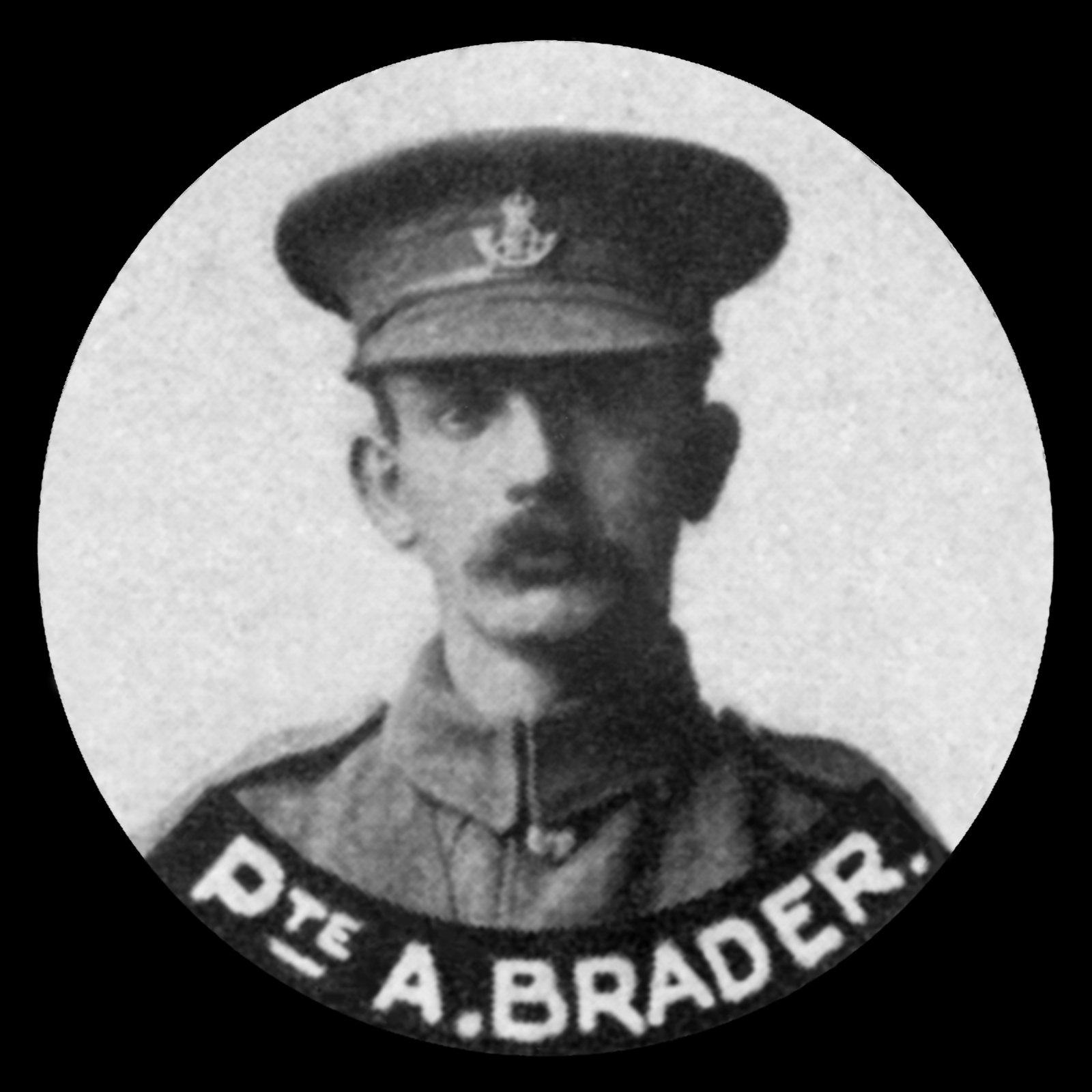 Private Arthur Brader lived with his wife and young son at 21 Barleythorpe Road, Oakham before the war and was a gardener. He was born in Limber near Caistor in 1885 and lived in Lincolnshire until he married his wife Florence in July 1912. The following year his only son, also called Arthur, was born. Arthur served with the Leicestershire Regiment before transferring to the 24th Labour Corps, Duke of Wellington Regiment in August 1916. He went on service to France in November 1916, and was home on leave when he was taken ill with 'flu during the great epidemic of that time and died on 3 November 1918. He was buried in Oakham Cemetery, grave 52.48, with Military Honours. His wife moved to Melton Mowbray after Arthur's death and suffered further tragedy when their son died in 1922 aged just 9 years old. She never remarried. Coincidentally, the couple's neighbour in Barleythorpe Road, James Wilkinson, also died from 'flu on the same day as Arthur while serving in Greece. Arthur's grave in Oakham Cemetery is close to the bottom and on the left hand side.  He has a Commonwealth War Graves headstone and is buried close to two other First World War casualties from the town. Frank Helsdon is buried to his left and William Clarke behind him.