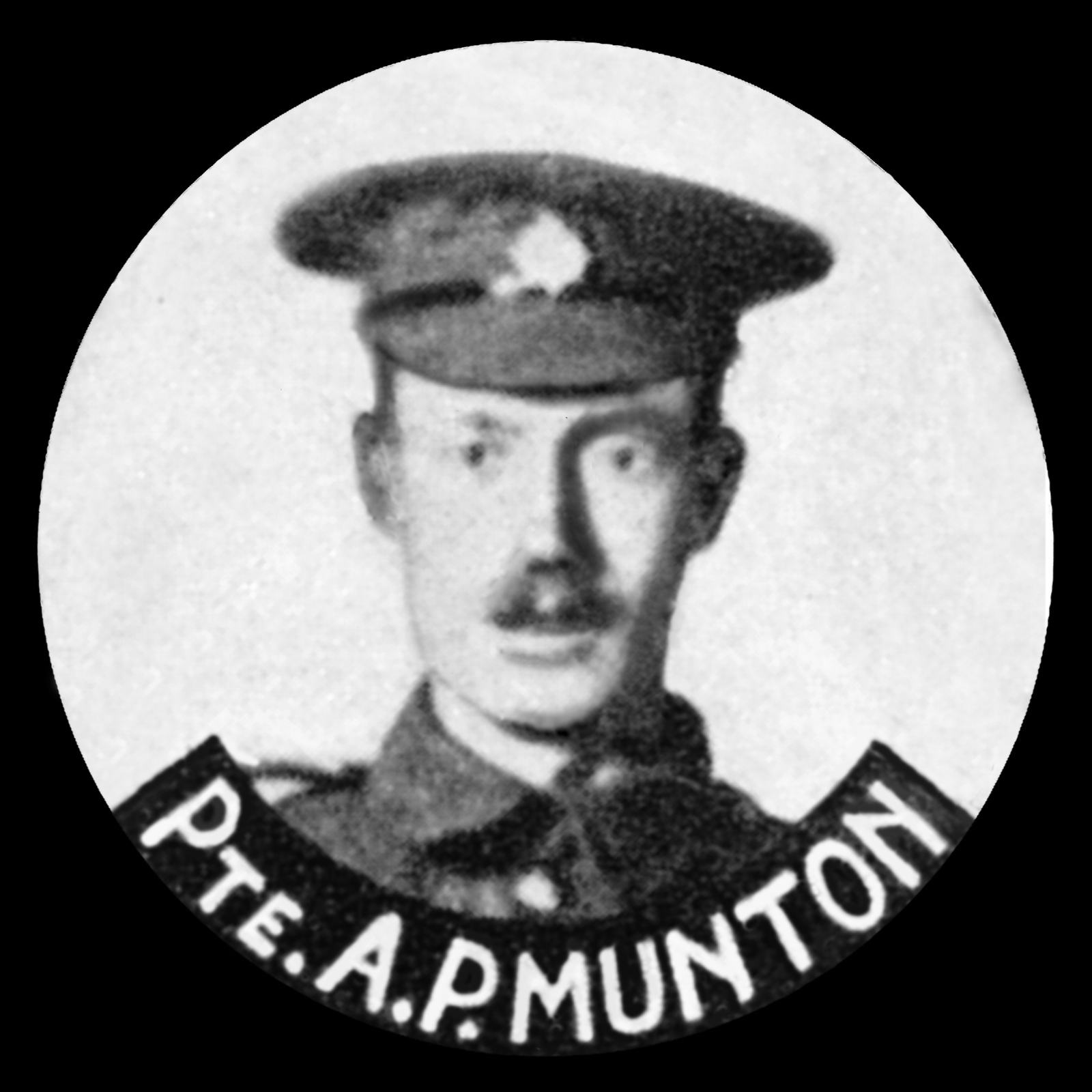 Arthur Porter Munton of Little Casterton was a gardener in Braunston before the First World War. He enlisted with the Army Service Corps, Mechanical Transport Section on 5 June 1917, but never went abroad. He contracted fever from which he died at the Hither Green Hospital, Lewisham, on 1 August 1917, leaving a widow and one child. His Captain wrote: "He proved himself a willing soldier, performing his duties cheerfully and winning thereby the good feeling of all NCOs and men." He was 31. Arthur is buried in the churchyard in Little Casterton, behind the church, and is also remembered on Braunston's war memorial, the village where he worked.

More than 90 Rutland soldiers died in the Battle of the Somme which lasted from 1 July 1916 until the middle of November. Today they lie in cemeteries across the old battlefield in northern France or are remembered among the 72,000 names on the Thiepval Memorial to the Missing of the Somme. By using our interactive map, you can find out what happened to them.
Find out more
@JutlandRemember That looks really good; yes very happy with that and thank you. Good luck with your project 3:27 PM Nov 8th