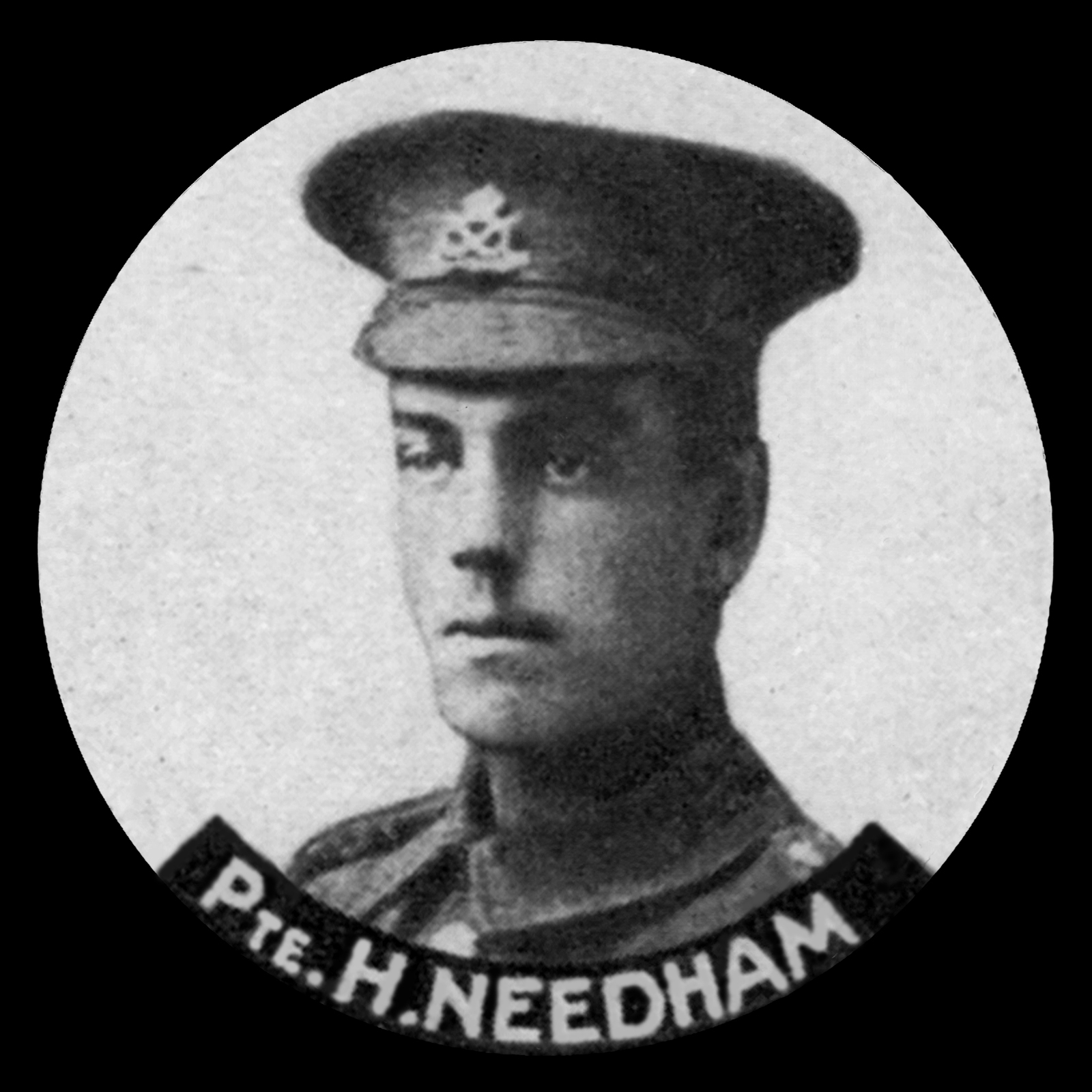 Harry Needham was born in Oakham on 16 November 1883 and was a railway employee before the First World War. His parents were William and Mary and had both died before 1914. He enlisted with the South Staffordshire Regiment and went out to France with the 2nd/5th Battalion in June 1917. In October his battalion relieved the Canadians in trenches near Riaumont, west of Lens. The battalion war diary records several low level raids and skirmishes with the Germans around this time, rather than major fighting. On 17 October it says one Other Rank was killed but does not say how. If Harry's date of death as recorded by the Commonwealth War Graves Commission is correct, then this was probably him. Harry has no known grave and is remembered on Bay 6 of the Arras Memorial, and on the war memorial in Oakham. The Commonwealth War Graves Commission records his age as 28.