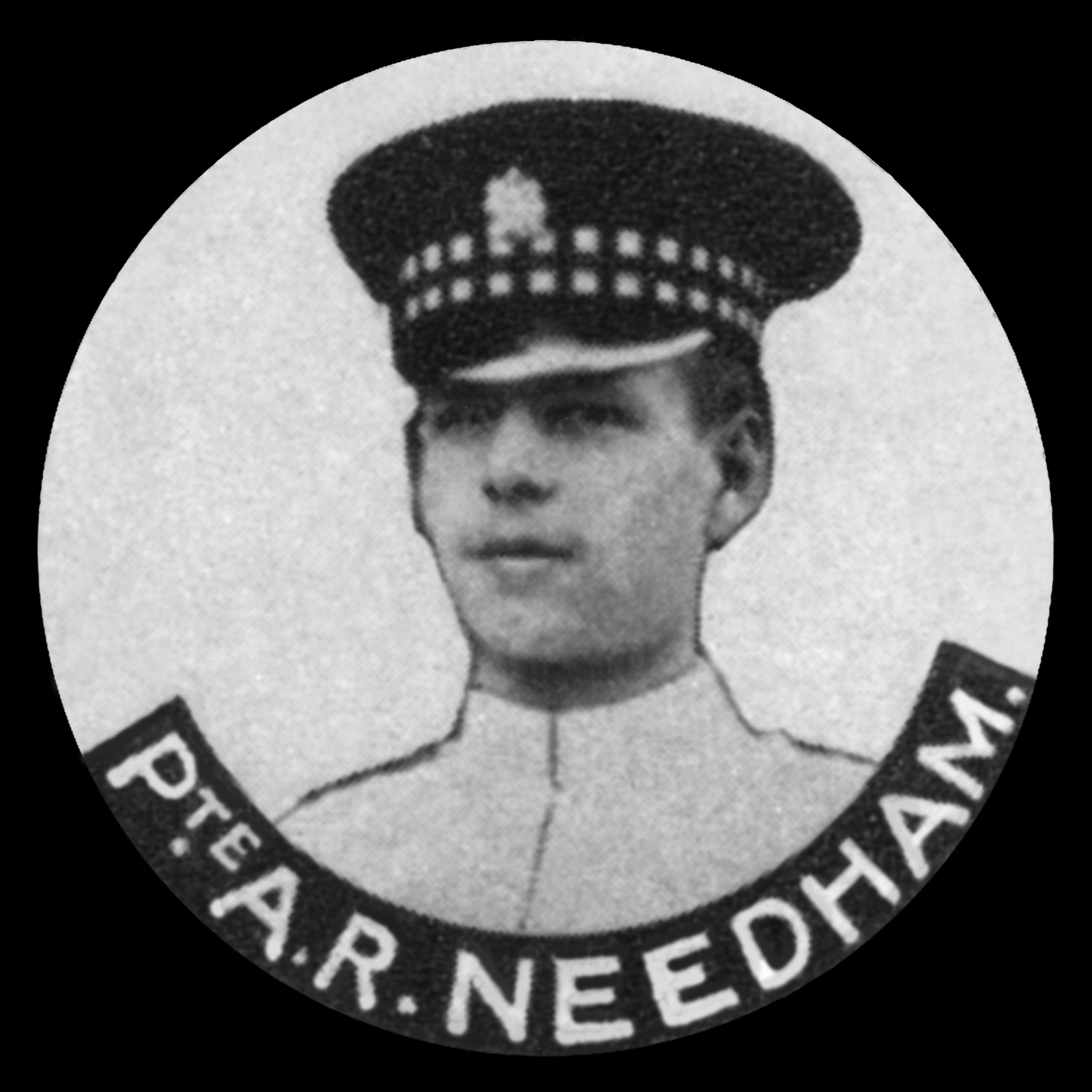 Arthur Richard Needham, a career soldier, was one of 14 men from Dean Street in Oakham to die. He is also one of four Needhams in Oakham to have been killed, but it is not thought they were closely related. He was born in London on 23 September 1886, to John Needham and his wife, who later moved to 11 Dean Street, Oakham. Arthur's wife Una and young child also shared the house while he was based at Wellington Barracks in London with the 2nd Battalion Scots Guards. His was among the first battalions to embark for France when the First World War broke out, making the crossing on 11 August 1914 as part of the British Expeditionary Force. Arthur was wounded in October and after treatment in hospital at Boulogne was evacuated to England and a convalescent home at Coventry. He recovered to return to the Western Front but was killed during the Battle of Loos. On the 26 September 1915, three days after his 29th birthday, Arthur was found dead on the battlefield with a bullet wound to the head by a search party. He was identified by letters found in his pockets. With no known grave, he is remembered on panel 9 of the Loos Memorial, and on the war memorial in Oakham. His wife later remarried and moved to Battersea, London.