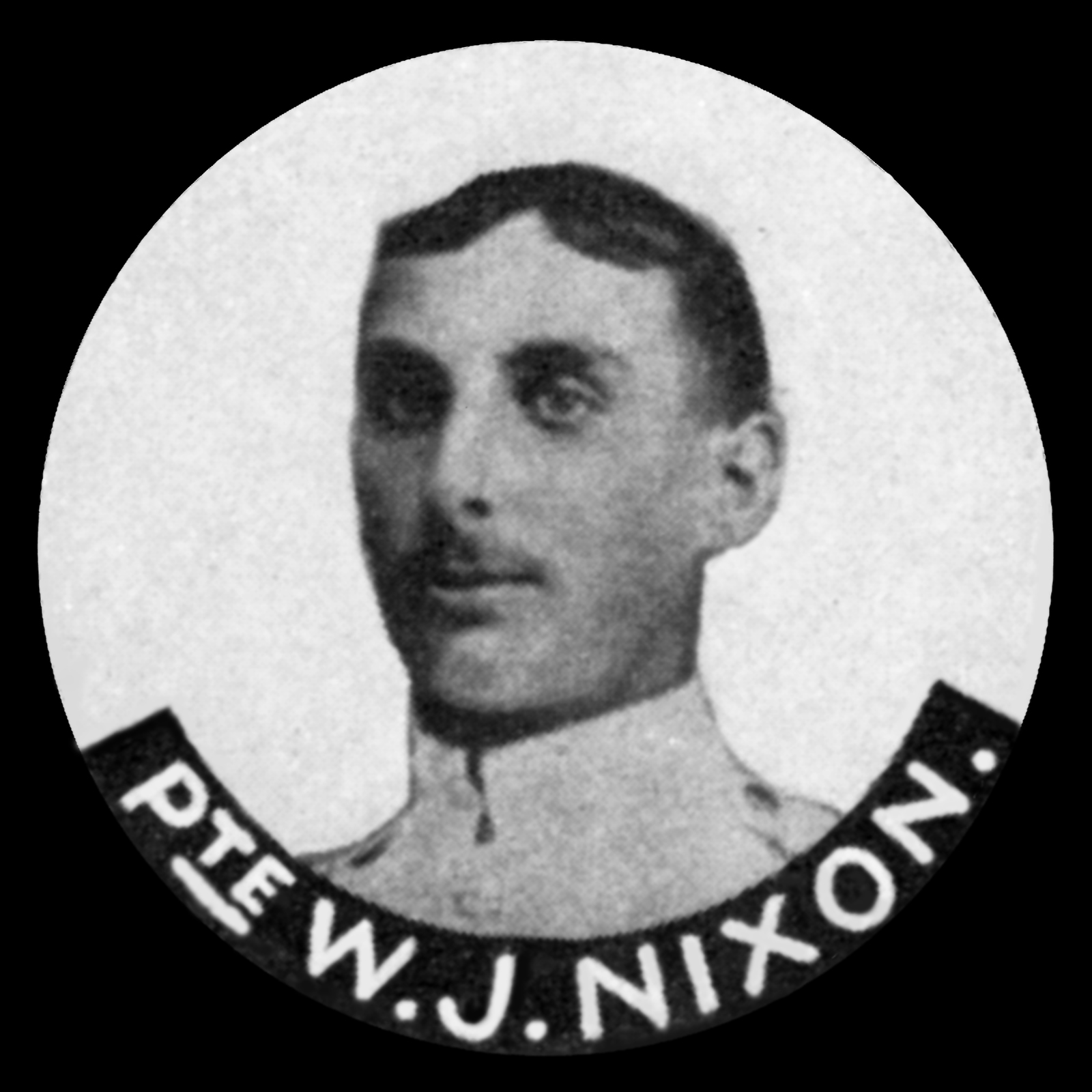 William John Nixon was born in Oakham in October 1885. His mother, Jane, lived at 34 King's Road. He had been a career soldier, serving for seven years in India with the 1st Battalion Leicestershire Regiment. When he left the army he joined the Reserves while working as an auxilliary postman in Oakham. When war broke out in August 1914, William rejoined his Regiment and went out to France in September. A month later he was killed on 25 October at Armentieres where the Leicestershire Regiment suffered heavy losses. He has no known grave and so is remembered on the Ploegsteert Memorial, Panel 4, and also on Oakham's war memorial.

Rutland and the Great War says he was married, but his great niece Suzanne Ellis says this is not true. We're grateful to her for other details about William.