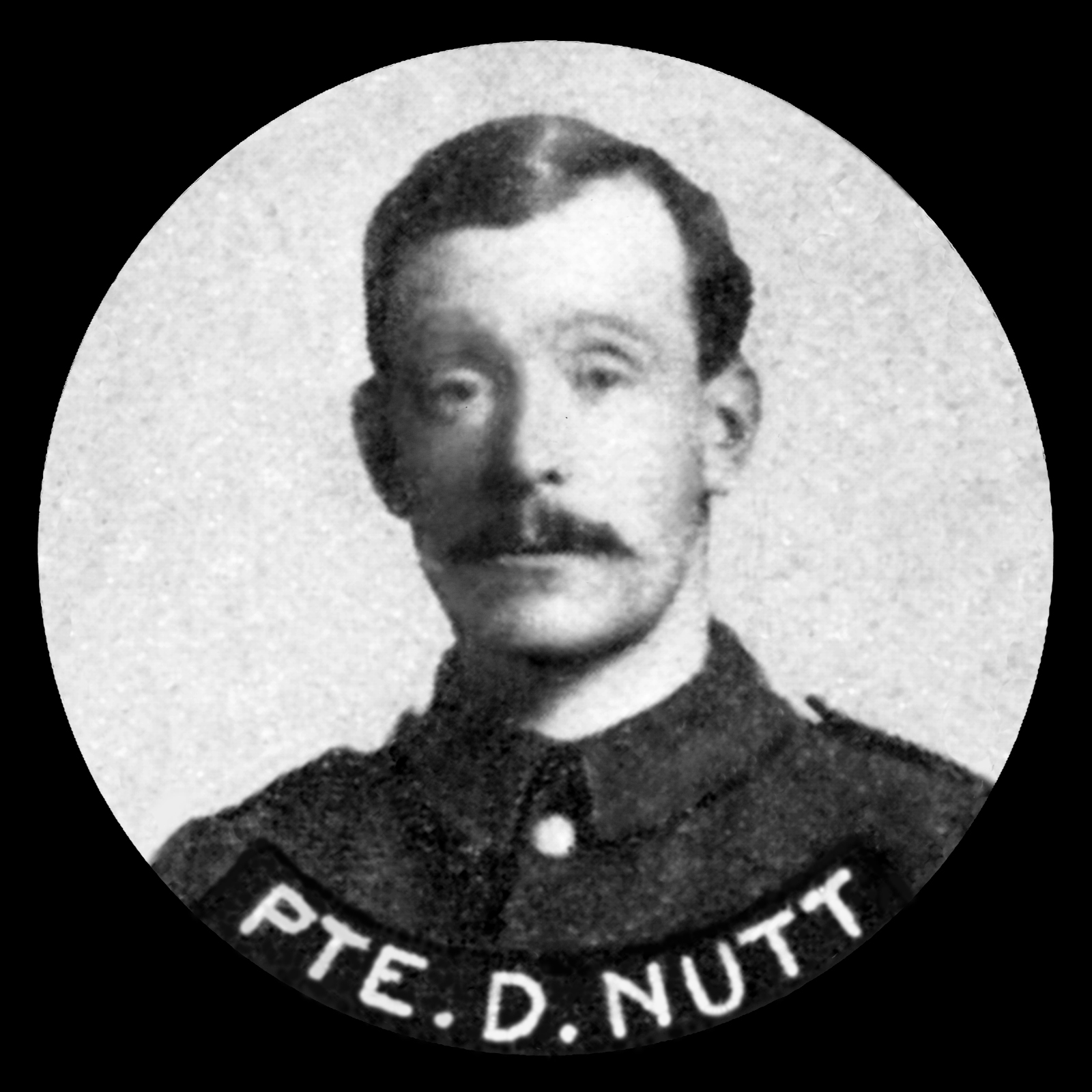 David Nutt from Uppingham was one of six brothers to fight in the First World War. Both he and his younger brother Benjamin were killed, the others all survived although three of them were wounded. David was born at Uppingham on 1 August 1885, the son of Eliza Nutt. He was an ironstone labourer before joining the 7th Battalion Leicestershire Regiment on 15 November 1914. He went to France on 29 July 1915, and died almost exactly a year later on 31 July 1916 from wounds he received during the Battle of the Somme. He was struck by shrapnel, probably during the fighting in Bazentin-le-Petit Wood on 14 July, and while on his way to a dressing station was struck again. He died a fortnight later at No.13 General Hospital, Boulogne. He is buried in Boulogne Eastern Cemetery, grave VIII.A.61. According to George Phillips in Rutland and the Great War, one brother, William Henry Nutt, was wounded at the same time and lost an eye, but subsequently went into action again. It is not clear whether this was the same incident or in the general fighting taking place in the wood. David and Benjamin are both rememembered on Uppingham's war memorial.