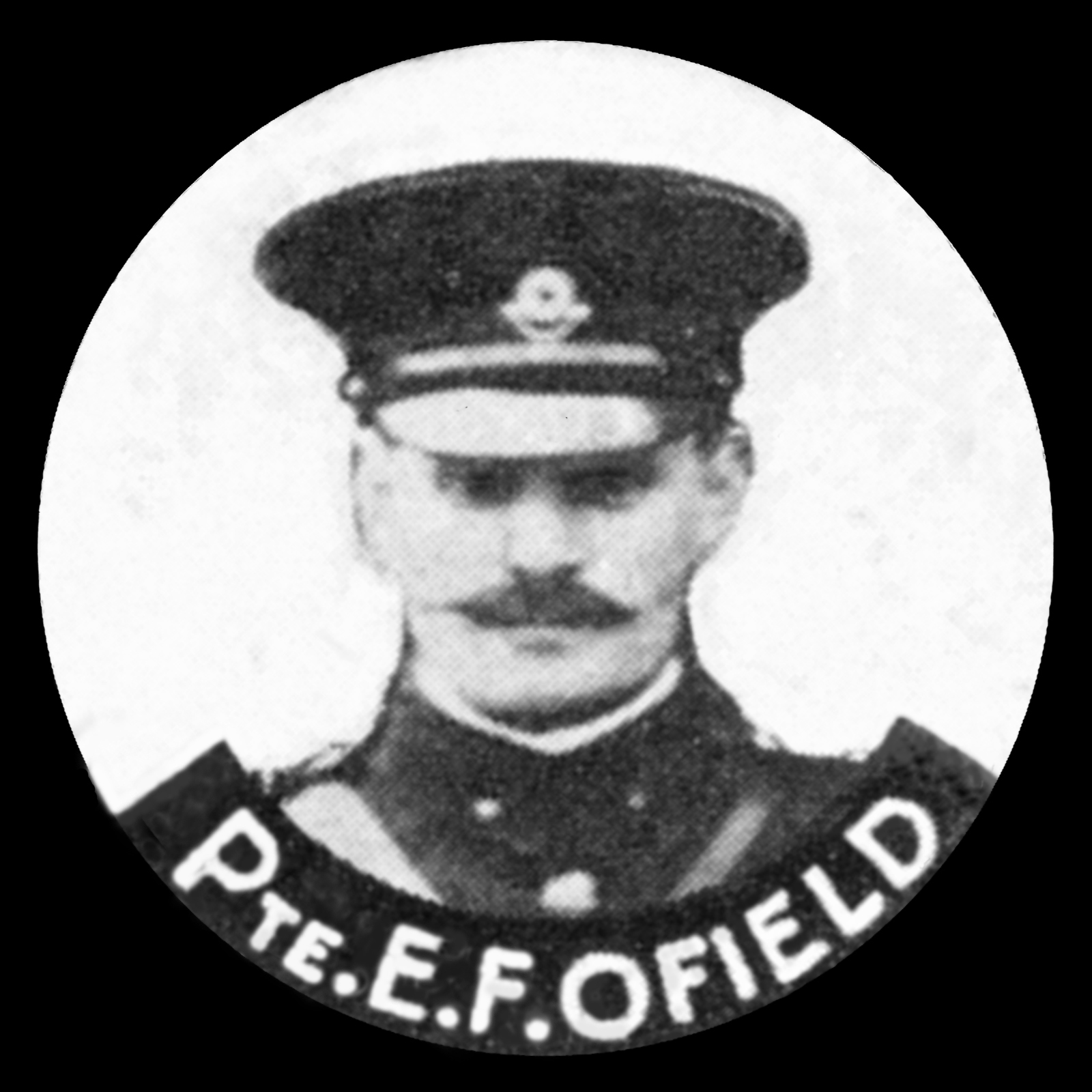 Evelyn Freeman Ofield was born at Whissendine on 16 August 1879, the son of the village policeman, William, and his wife Zinar. The family later moved to Empingham. Evelyn was married to Harriet and they had one child. He had been working as a signalman on the Midland Railway when the First World War broke out. Being a reservist he rejoined the army on the day war was declared on 4 August 1914. He went to France on the 26 September with the 2nd Battalion King's Own Yorkshire Light Infantry and less than a month later was killed. He had taken part in the Battle of the Marne and died in shelling near Bethune on 25 October. Evelyn is buried in Bethune Town Cemetery, grave I.B.12, and is remembered on the war memorial at Empingham. His cousin Martha Ofield was married to John T Hudson from Oakham who also died in the First World War.