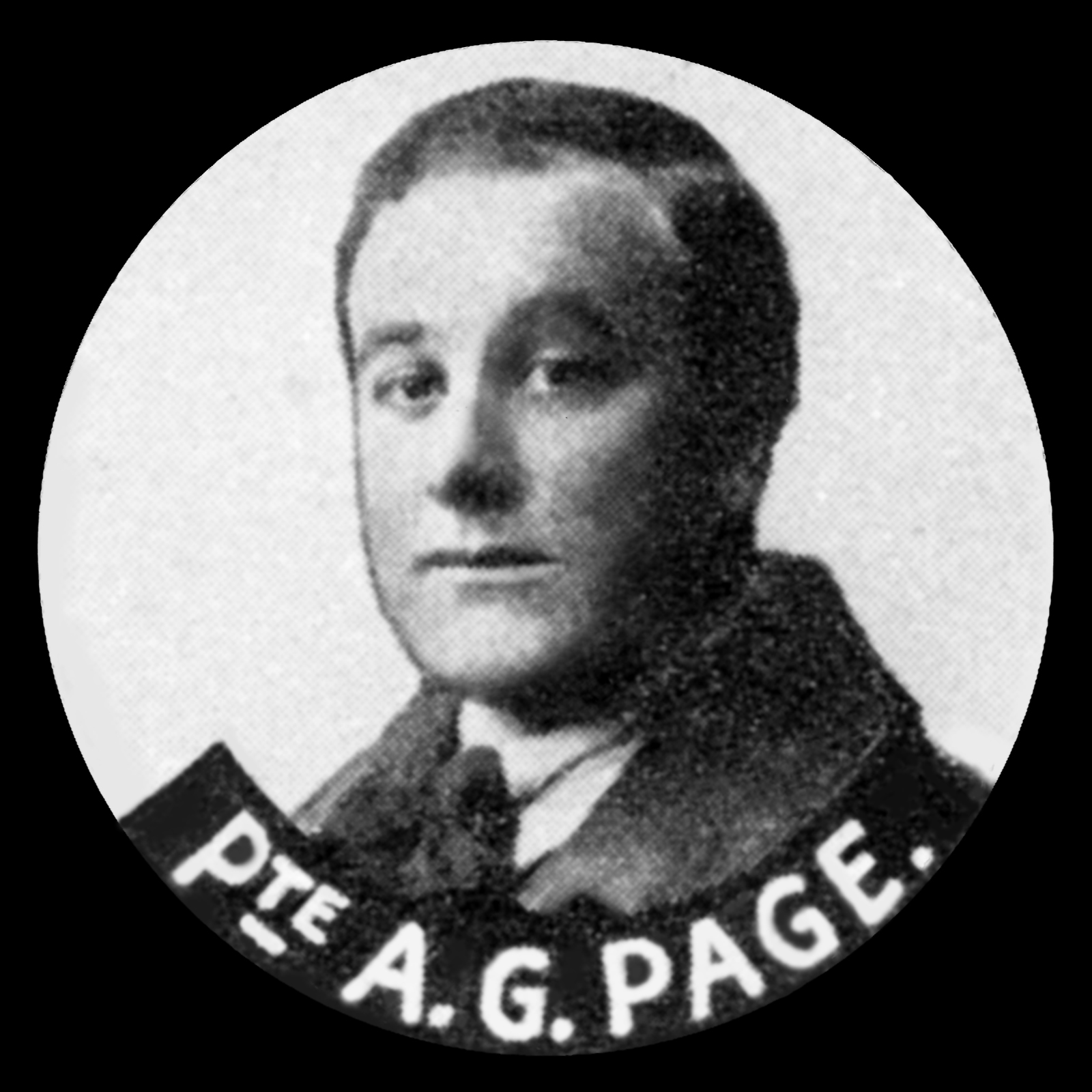 Albert Gordon Page was born at Drayton in Leicestershire on 14 June 1893 and moved with his father Joseph Page and mother to Leicester Road, Uppingham before eventually settling in Orange Lane in the town. Albert enlisted with the 7th Battalion Leicestershire Regiment on 14 November 1914 at the age of 21, later serving with D Company of the 5th Battalion. He went to France in March 1915, where he took part in the fighting on Vimy Ridge. He also served in Egypt. Albert died of heart failure on 14 September 1919, ten months after the end of the war while he was being treated at the Queen Alexandra Hospital in Cosham, Hampshire. He is buried in the north-west part of Uppingham churchyard where he has a Commonwealth War Graves Commission headstone with the single word inscription "Sacrifice."