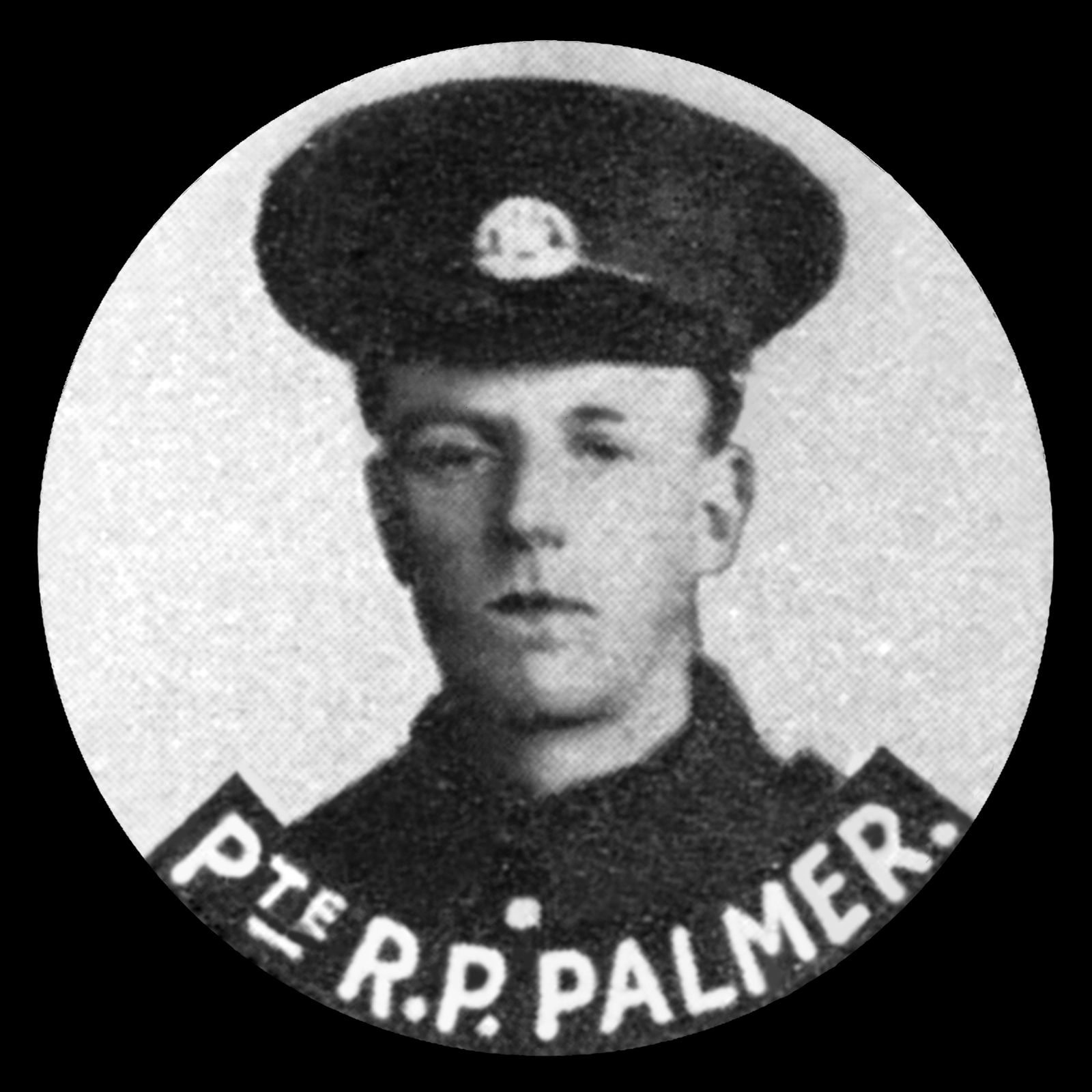 Robert Percy Palmer of Uppingham died from illness on Christmas Day 1916 at the age of 22. He was an assistant at Hawthorn's Stationer and Bookseller in Uppingham before enlisting with the 7th Battalion Northamptonshire Regiment. He went out to France but became ill in the trenches and was sent to Norwich Hospital, where, after three weeks he died from nephritis, or inflammation of the kidneys. Robert is buried in the churchyard at Uppingham where he has a Commonwealth War Graves headstone and is remembered on the war memorial.