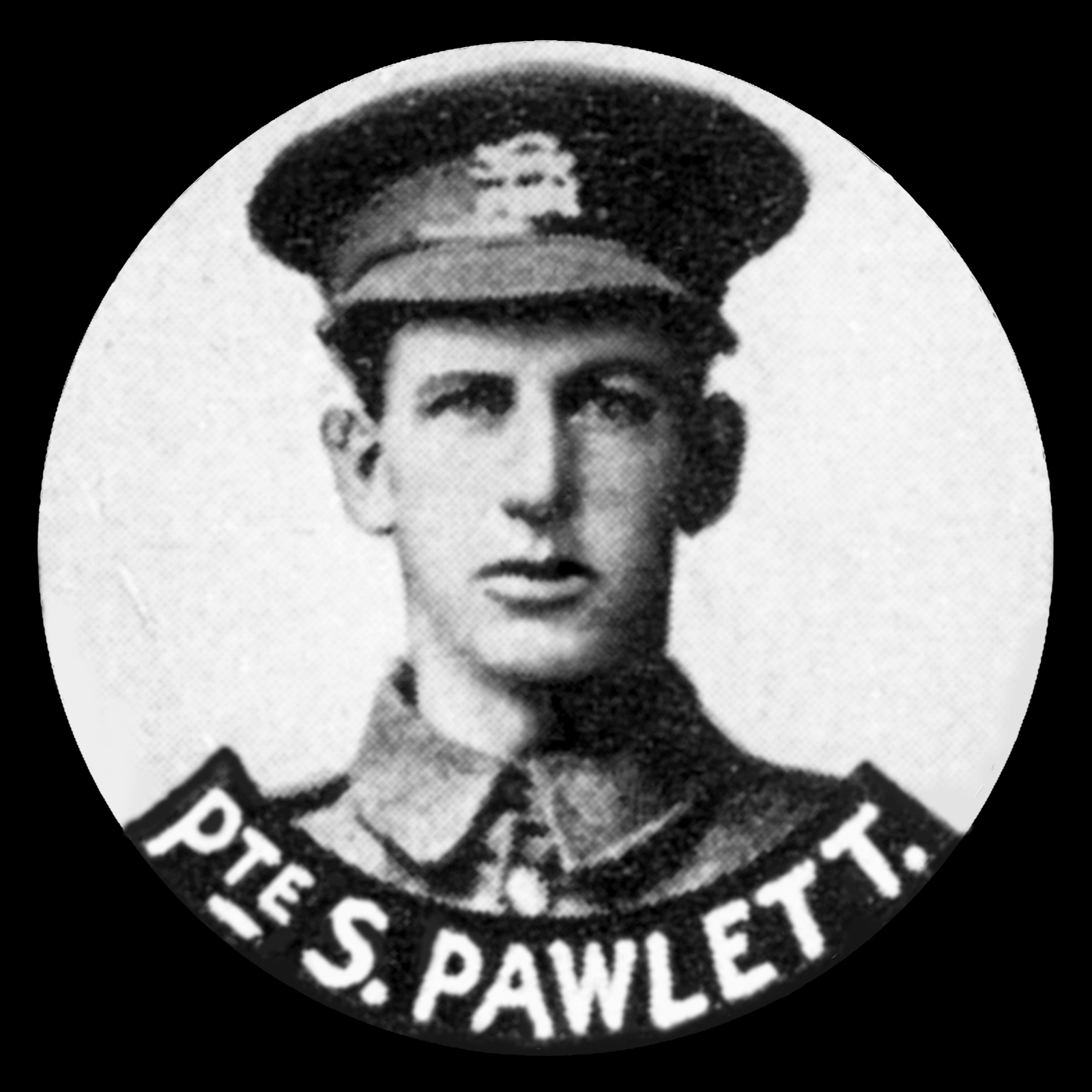 Samuel Pawlett is a mystery. What is clear is that he and his elder brother John Thomas were both killed in the First World War. It seems Samuel first enlisted, then deserted, before enlisting again under a slightly different name. But there are many question marks and we would like to hear from anyone who has more and better information. What we do know is this: both brothers were born at Burley-on-the-Hill and by 1911 Sam had moved to work as a gardener at Rufford Gardens in Nottinghamshire. John was a farm labourer who by now was living with his mother Emma at Hambleton (his father David had died) and his younger brother Frederick. Samuel appears to have moved south before the war because he enlisted with the Rifle Brigade at Winchester on 5 October 1914. But three days later he disappeared and his service record says he deserted. Ten months later he enlisted again to under a different name into a different regiment, the one with the strongest links to his home county. An Albert Sydney Pawlett joined the 7th Battalion Leicestershire Regiment on 2 August 1915. Records show this Pawlett was born in Rutland, was living in Brixton and enlisted in Lambeth. Albert/Samuel went out to France the following November and was killed on 14 July 1916 in an attack on Bazentin-le-Petit Wood. The reason why we think Samuel and Albert were the same man is because the records show Albert's next of kin was Ethel Chandler, the name of Samuel and John's sister. Samuel is remembered on the Thiepval Memorial, Addendum Panel 8 as Arthur Sidney Pawlett, and not with the rest of his Leicestershire Regiment comrades on Panel 3A. So in death, as in life, more unanswered questions. As Samuel Pawlett, he is on Hambleton's war memorial along with his brother John. His age is the final mystery. We have him born in 1890 which would make him 25 or 26. The CWGC has him as 23. Samuel was one of two Hambleton soldiers to die in the same battle. The other was Albert Preston.