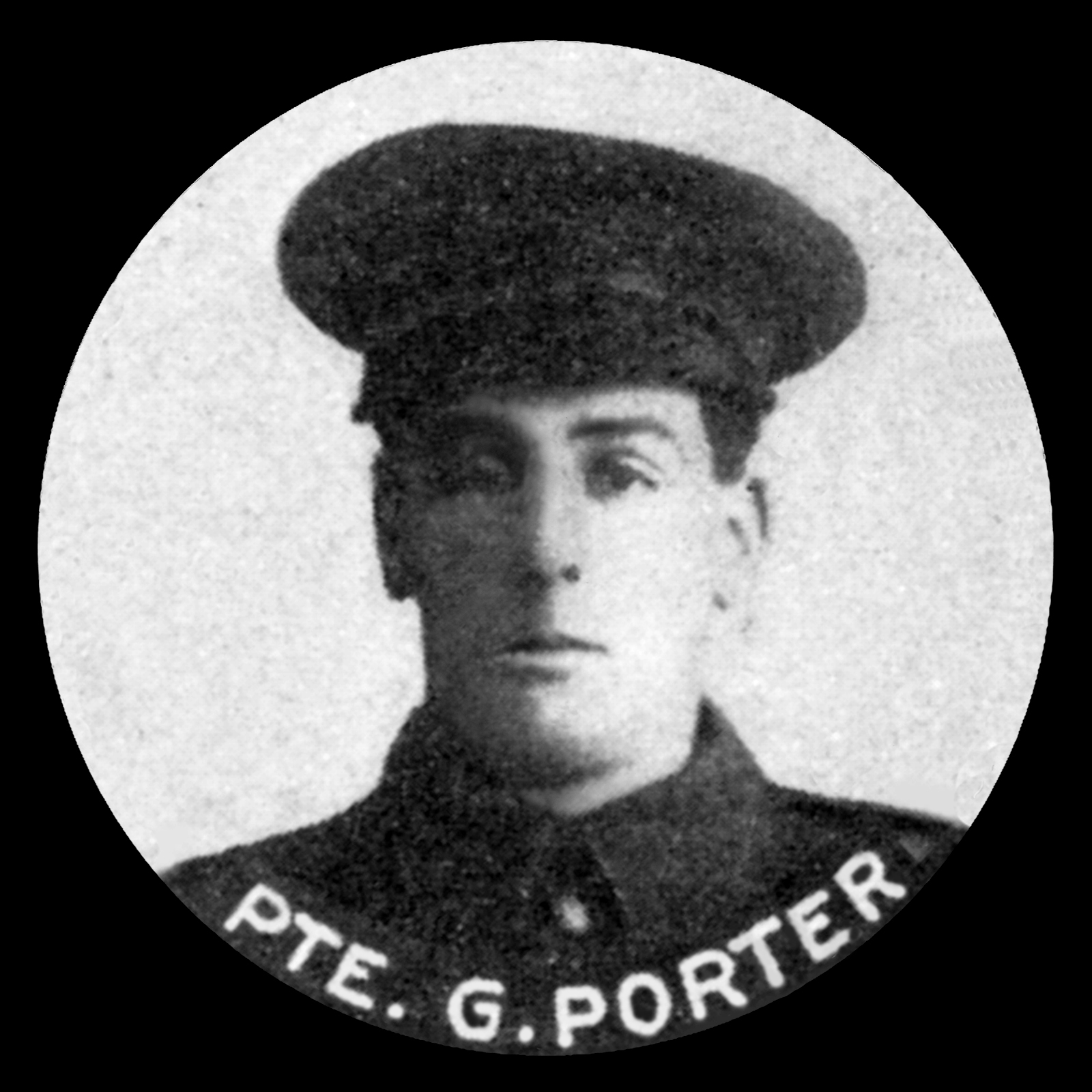 George Porter was wounded on the Somme and died during the Third Battle of Ypres (Paschendaele). He was born at Uppingham on 1 April 1894, the son of George and Emily Porter. He had twin siblings, John and Ada, who were about five years old when the war began. The family was living at Tods Terrace in Uppingham before the war. George was a farm labourer until his enlistment on 2 November 1914. He went to the Western Front on 29 July 1915 with the 7th Battalion Leicestershire Regiment and fought in France and Belgium. He was shot in the left shoulder and forearm on the Somme on 4 July 1916. After recovering from his wounds, George returned to the Front, and died on 23 October 1917 from shell wounds. It is not clear when he was wounded but an entry in the battalion's war diary might provide a clue. It says between October 16-23 the Leicestershires were in dugouts at Railway Embankments, close to Shrapnel Corner on the outskirts of Ypres, a notoriously dangerous area: "A daily working party of 400 men carried logs for road making from Birr X Rds to Glencorse Wood Track, one log per man was carried daily. During the 8 days 12 OR [Other Ranks] were wounded by shell fire, most of them slightly." George died at No 11 Casualty Clearing Station and was buried at Godewaersvelde British Cemetery, near Poperinghe, grave I.K.24. George was 23 years old and is remembered on Uppingham's war memorial. He is not directly related to Sidney Porter from Uppingham who also died in the war.