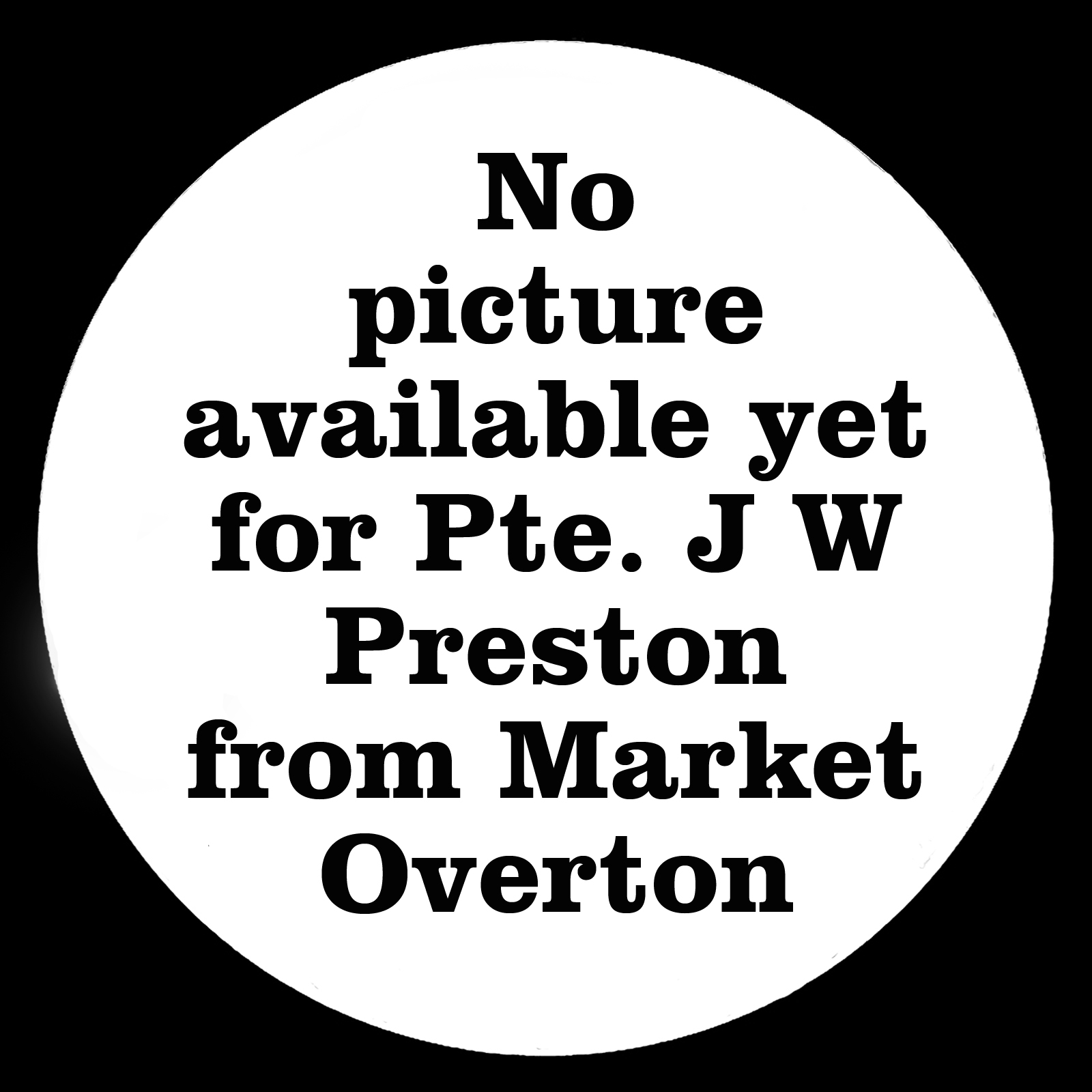 John William Preston was born in 1879 in Back Street, Market Overton, the son of Amos and Jane Preston. In 1901 at the age of 22 he had moved to Caenarvonshire in Wales to work for the Anstey family and by 1911 he was working as a gamekeeper at Leafield near Chipping Norton in Oxfordshire for the Roome family. John enlisted into the Leicestershire Regiment on 14 March 1917 and was sent to the Western Front. But he was discharged from the Army through illness. He died a month later on 14 May 1918 at Market Overton. He was buried in the churchyard three days later in plot 781. For many years the grave was unmarked. But now a wooden cross with a plaque marks John's final resting place.