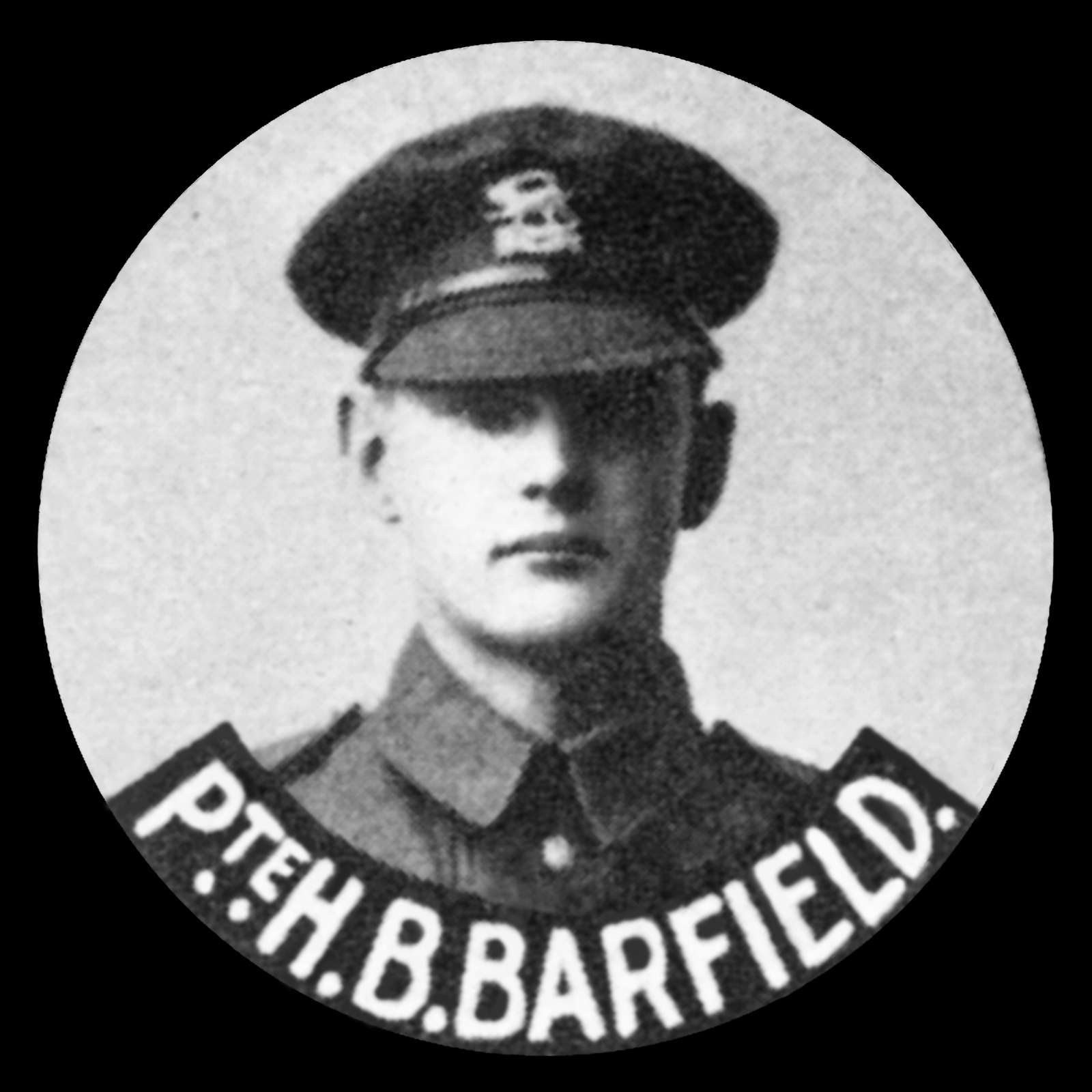 Private Harold Barnett Barfield, the son of Lionel and Martha Barfield of Geeston, Ketton, was born on 24 August 1899. He was a motor mechanic before joining the 4th Battalion South Staffordshire Regiment in September 1917. He went to France on 2 April 1918, and fought as No. 3 on the Lewis gun with the 2/6th South Staffords at Kemmel Hill. He was transferred to the 4th Battalion on 21 May 1918, and went into the front line at the second Battle of the Aisne on the night of 26 May between Rheims and Soissons, and was killed the next day. He was 18 years and 9 months old. He is remembered on the Soissons Memorial, also on the war memorial for the men of Ketton and Geeston at St Mary the Virgin church in Ketton.

Inside the church porch there is a second memorial which lists the men of Ketton and Geeston who gave their lives during the war. It has an H Barnett, also with the South Staffordshire Regiment, immediately below the name of Harold Barnett Barfield. We believe they are one and the same person as we can find no other record of an H Barnett from Ketton or Geeston who died.