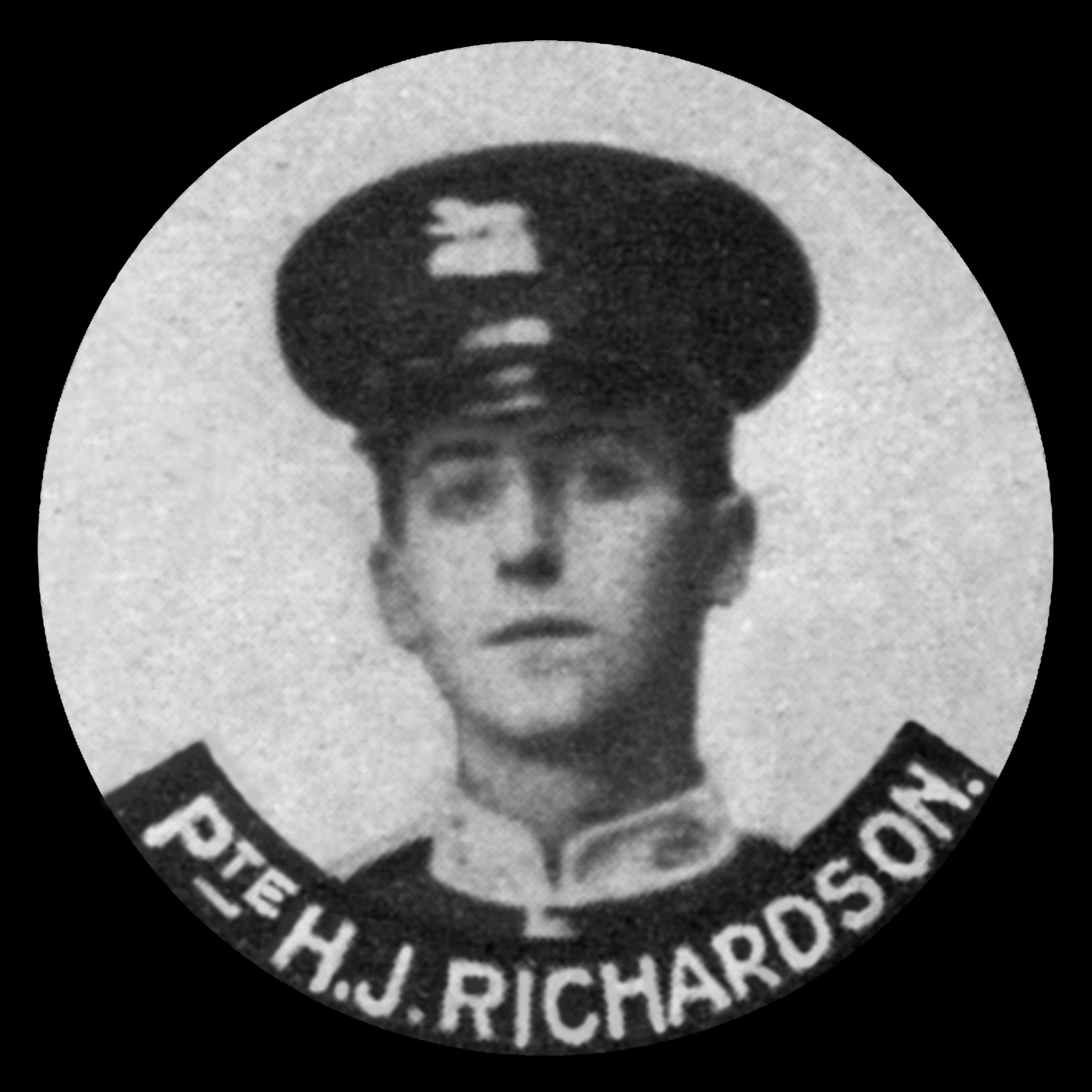 Henry James Richardson had married for only two weeks when he was killed in a tragic accident near the Front at the age of 21. His brother William had been killed just a year before in the first few weeks of the war. They were two of five sons and one daughter of Benjamin and Mary Richardson who lived at Barrow near Cottesmore. Henry was born at Oakham and had moved back to the town with his new wife to live at 50 Dean Street, which makes him one of fourteen men from that one street to die in the war. Henry had joined the Oakham Company of Territorials in 1912 and joined the 1/5 Battalion Leicestershire Regiment on the outbreak of war. He went out to France 26 February 1915 and took part in the fighting at Hill 60 near Ypres and also at the Hohenzollern Redoubt during the Battle of Loos. He was killed by an accident on the railway, when his head was struck against a bridge on 8 January 1916. He was originally buried in the cemetery at Pierrelatte, near where the accident happened, but now lies in St Germain-au-Mont-d'Or Communal Cemetery Extension, grave D.10. His Commanding Officer wrote: "It is very sad after all the dangers through which he has passed unhurt. We feel the loss of a good soldier who was always cheerful and ready for anything." He married while on leave, only about a fortnight before he died. He is remembered on the war memorial at Oakham and also at Cottesmore along with his brother William.