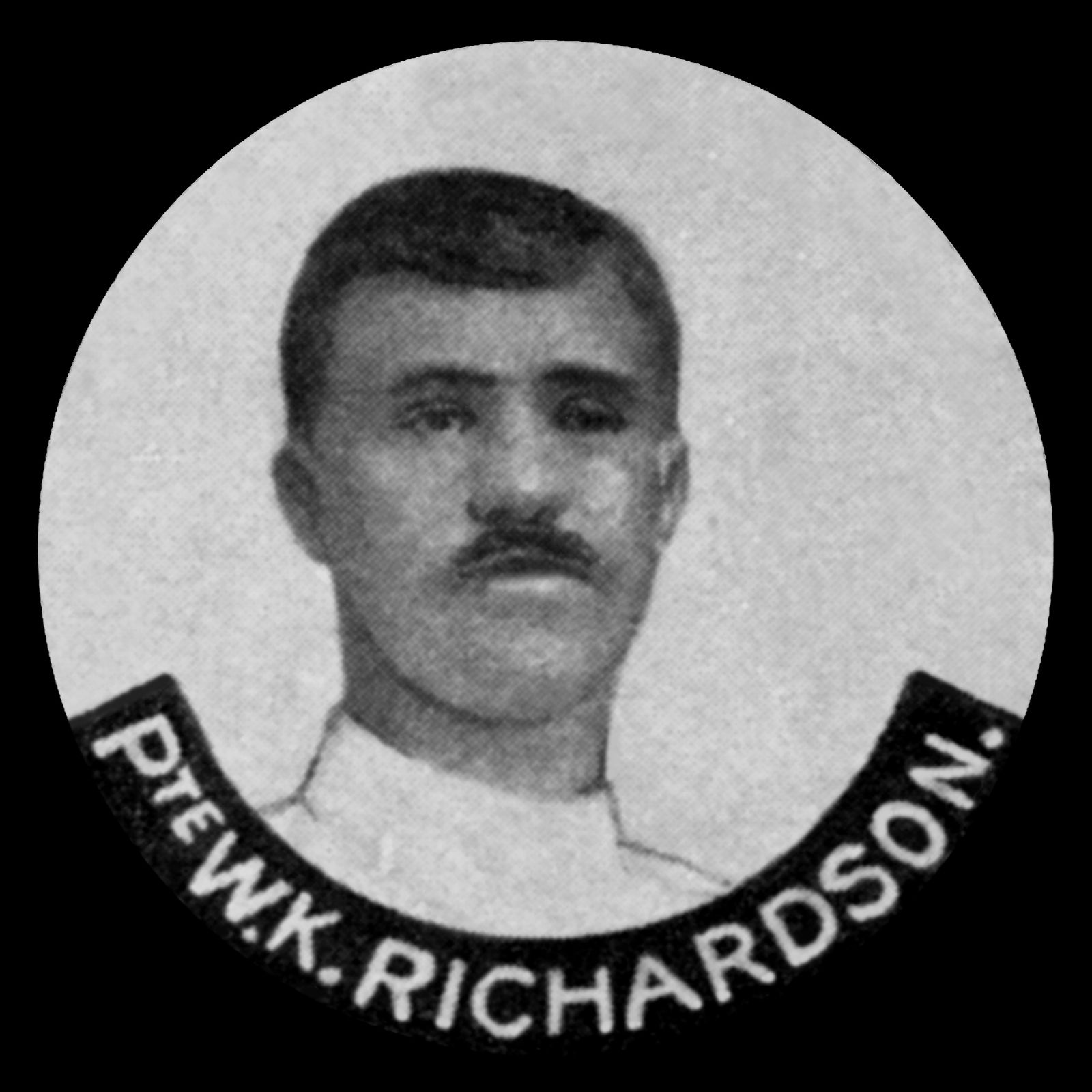 William Kimpton Richardson and his brother Henry James were both killed in the First World War. They were two of five sons of Benjamin and Mary Richardson from Barrow near Cottesmore. William was born at Exton on 31 January 1889. He was a professional soldier before the war, joining the 2nd Battalion Leicestershire Regiment in June 1911. He had been serving in India for two years before the battalion was sent to France at the beginning of the war. William died of wounds received in action on 20 November 1914 and was buried at Boulogne Eastern Cemetery, grave III.A.59. He was 25 years old. Both brothers are remembered on the war memorial at Cottesmore.