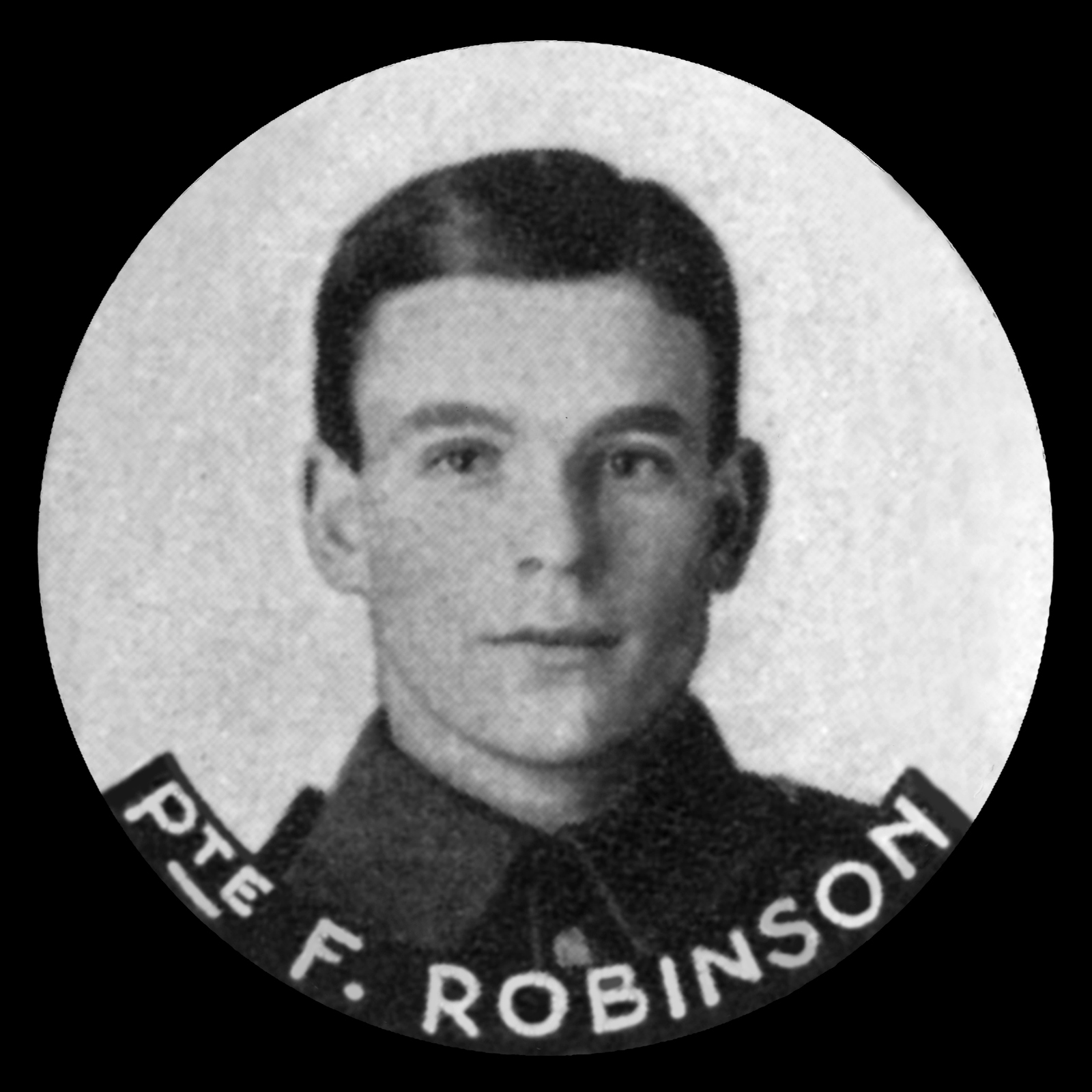 Frederick Robinson was the son of John Robinson and his wife, of Belton. He was born on 5 May 1894 in Carlton, Bedfordshire. He enlisted on 18 September 1914 in the 6th Battalion Leicestershire Regiment and went to France on 29 July 1915. Fred acted as a runner and observer to officers and took part in the Battle of the Somme. He was killed by a shell at Fricourt Wood on 17 July 1916. He was buried at Fricourt Cemetery at the time, but after the war his body was never recovered and he is now remembered on the Thiepval Memorial, Pier 3A, along with more than fifty other men from Rutland. Fred was a good athlete, having won an eight-mile cross country championship and in France was first in a championship cross country race. He is remembered on Belton's war memorial.