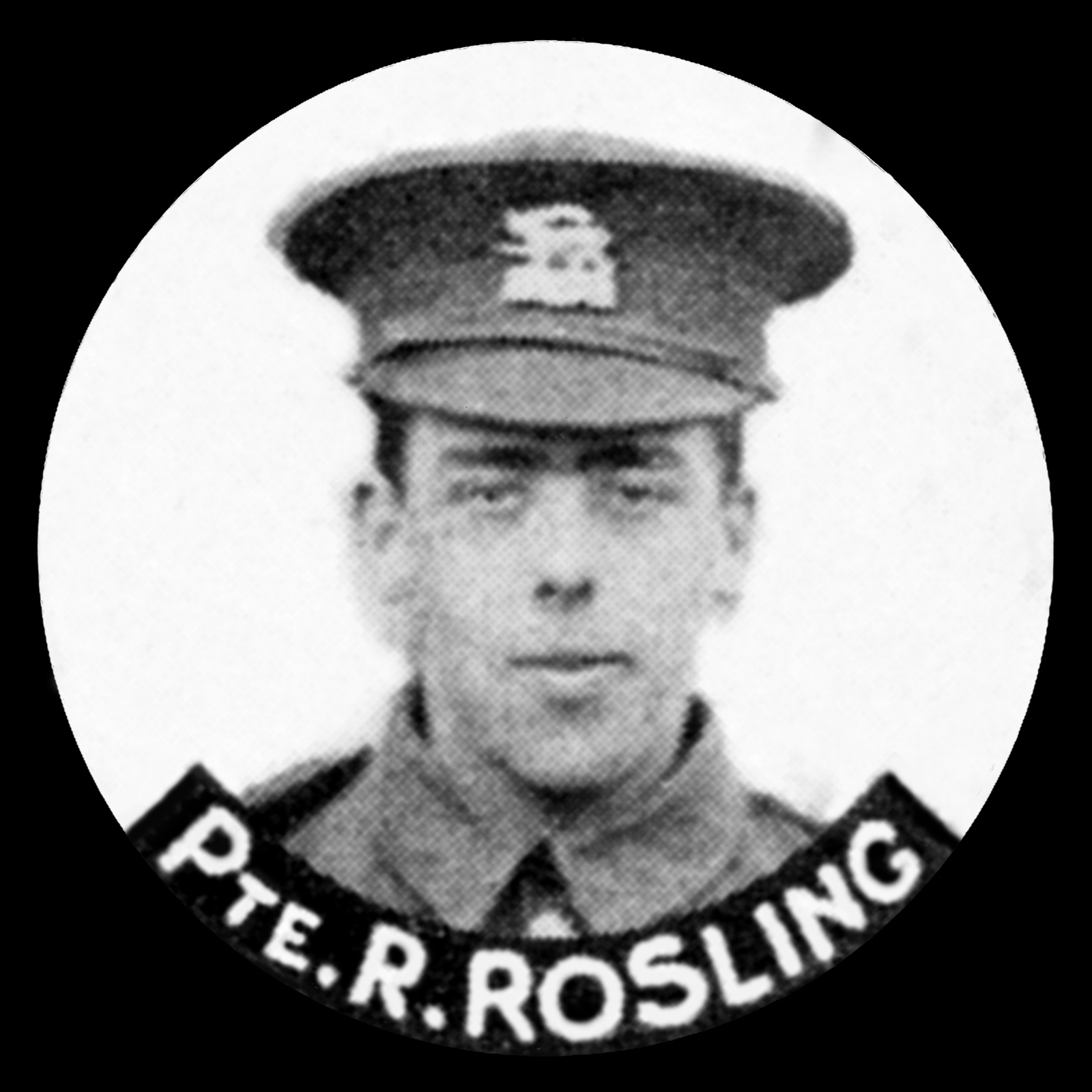 Robert Rosling was born in Empingham in 1896, one of four sons of Robert and Emma Rosling. The family lived at 2 Normanton Cottages in the village. Two boys, Robert and Frederick, who was two years older, fought in the war. Robert was a painter and enlisted on 14 January 1915 into the Leicestershire Regiment. He joined the 2nd Battalion with a draft of reinforcements on 12 October 1915 and served in France, Egypt, and Mesopotamia [Iraq], before being killed on 7 January 1916 during the Battle of Sheik Sa'ad. The battalion was part of Tigris Corps, ordered to relieve an Anglo-Indian force under siege at Kut-al-Amarah, south of Baghdad. The Leicestershires, who had arrived in southern Iraq in early December 1915, set off with the rest of Tigris Corps on 4 January. Two days later they met Ottoman forces at Sheik Sa'ad. The battalion war diary says the Leicestershires, part of 28th Brigade, were ordered to attack at 2pm. "The attack progressed and was met by very heavy rifle and machine gun fire." By 4.35pm "...it became evident that the enemy's line was thrown forward and the left of the battalion was becoming enveloped...any further advance would be extremely inadvisable." The battalion dug in and the following day, 7 January, the attack was resumed "in spite of very strong opposition." Tigris Corps managed to push the Turks back but the cost was heavy. Robert, aged 19, and another Rutland soldier Albert Beaver, were among 300 casualties suffered by the Leicestershires. Their bodies were buried on the right bank of the Tigris but the graves did not survive and now the men are now commemorated on Panel 12 of the Basra Memorial. Robert is also remembered on Empingham's war memorial. His brother Fred returned home safely after the war.