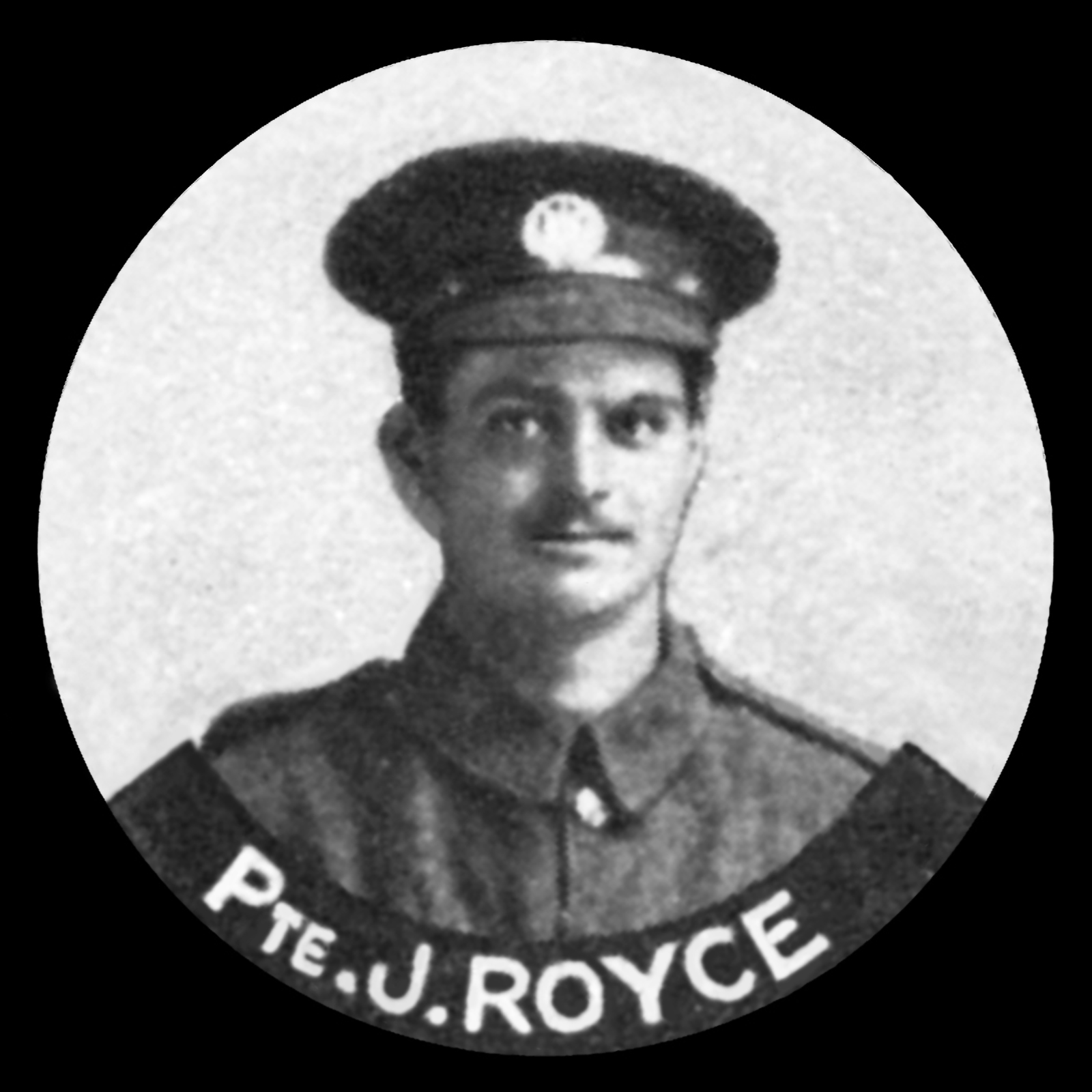 Joseph Royce was born in the small village of Gunby in Lincolnshire on 5 February 1892 where his parents Stephen and Virtue Royce were farmers. About 1903 they left Gunby and brought their family to Brooke where Joseph helped his father on the farm. Joseph enlisted with the 7th Battalion Northamptonshire Regiment at Market Harborough on 9 May 1915 and after training he left for France on 2 September 1915. Just 25 days later he saw action at the Battle of Loos and was posted as "missing in action, presumed dead" on 27 September 1915. He was 23 years old. He has no known grave and today he is commemorated on panel 92 of the Loos Memorial. Joseph received the Victory, Star and British War Medals which were sent to his parents at Brooke where they continued to live until they died, Stephen in 1936 and Virtue in 1943, both aged 79 years old. Both are buried at Brooke.

With thanks to Ann Grimmer for added information.