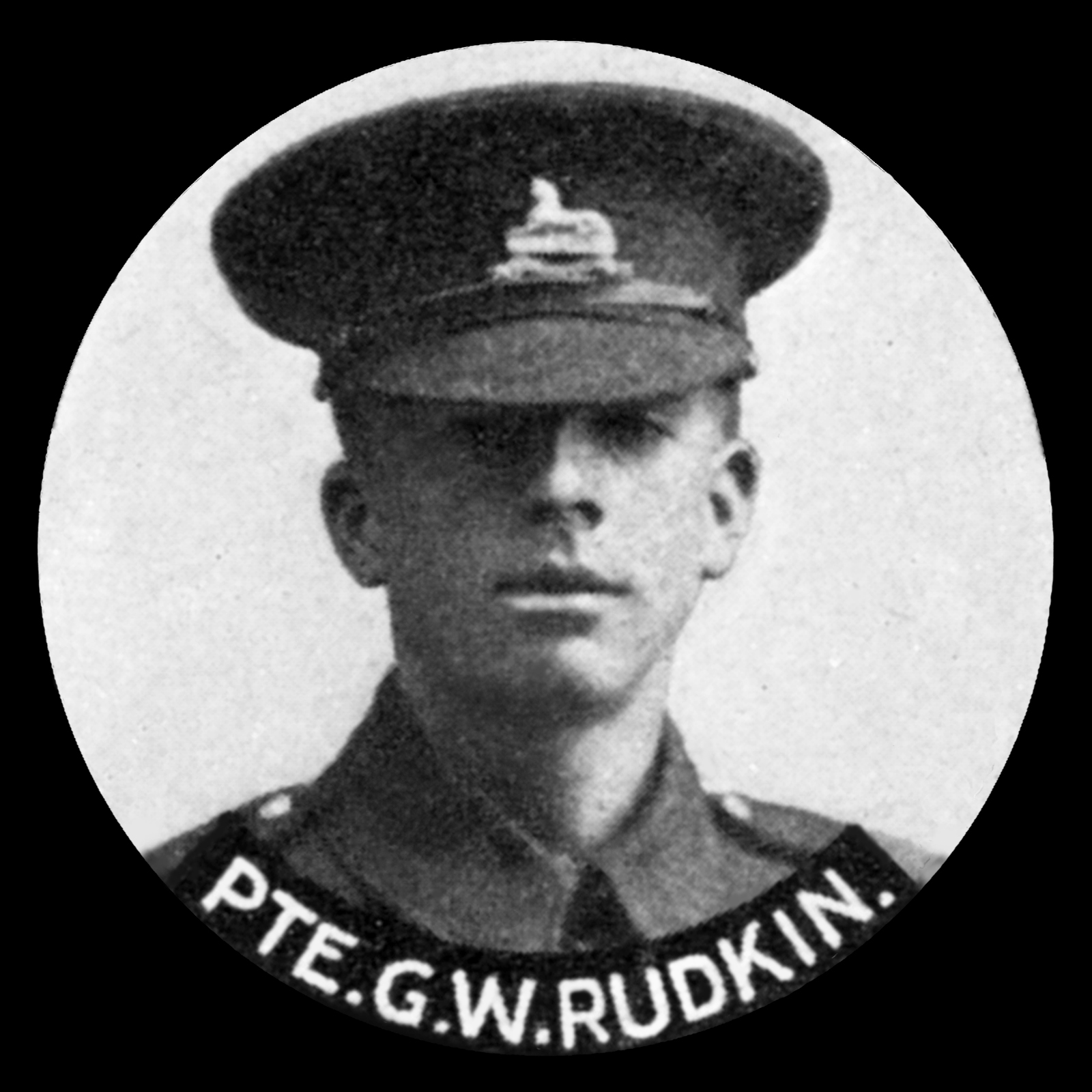 George William Rudkin was born in Ryhall on 10 April 1896, the son of William Rudkin and his wife of 8, River Terrace. He worked as a footman before joining up on 19 October 1914. George went out to France on 23 June 1915 with the 1st/4th Battalion Lincolnshire Regiment. He took part in the fighting for the Hohenzollern Redoubt during the Battle of Loos where he was severely injured. He died at No 2 Casualty Clearing Station on 16 October 1915. George was buried in Chocques Military Cemetery, grave I.G.57, and is remembered on Ryhall's war memorial. He was just 19 when he died, one of the 81 "Teenage Tommies" from Rutland who were killed in the war.