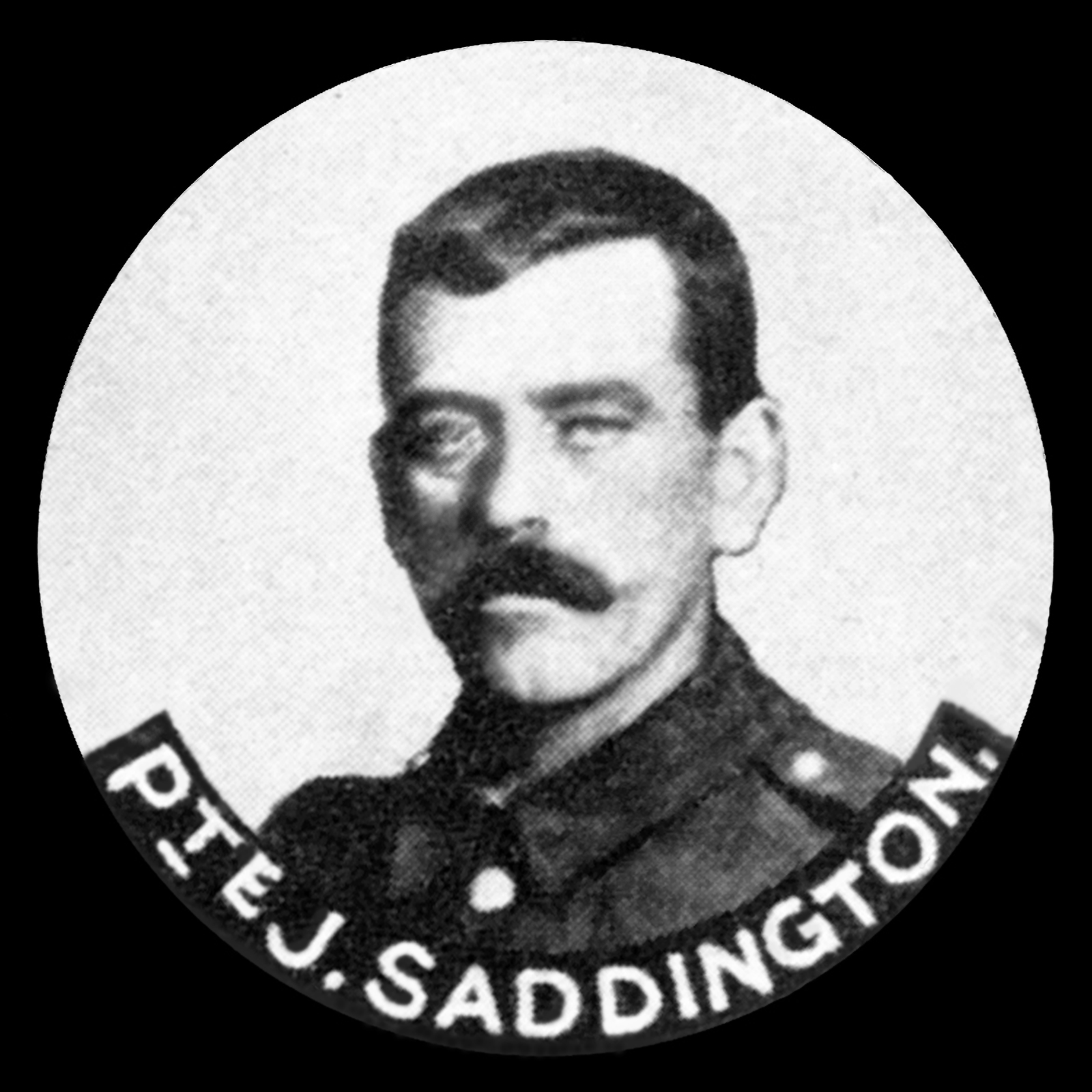 Joseph Saddington fought with his son, Joseph Jnr, in the trenches during the First World War. He died, but his son survived. Joseph Snr, known as Joe, was born at North Luffenham on 19 March 1875. He was married to Ada and they lived with their two children at 54 King's Road Oakham. He was a former soldier, having served with the 3rd Battalion Northamptonshire Regiment in the Boer War, and held the Queen's Medal with two bars for that campaign. Joe spent three and a half years in the Special Reserve before becoming a Territorial with the Oakham Company Leicestershire Regiment in 1910. When war broke out he volunteered for active service, going out to France with the 5th Battalion on 27 February 1915. His son, another Territorial, went out at the same time, and they were fighting in the trenches together. Joseph was killed by a bullet through the head, near Bailleul, and buried in the Bailleul Communal Cemetery Extension, grave I.B.70. He is also remembered on Oakham's war memorial.