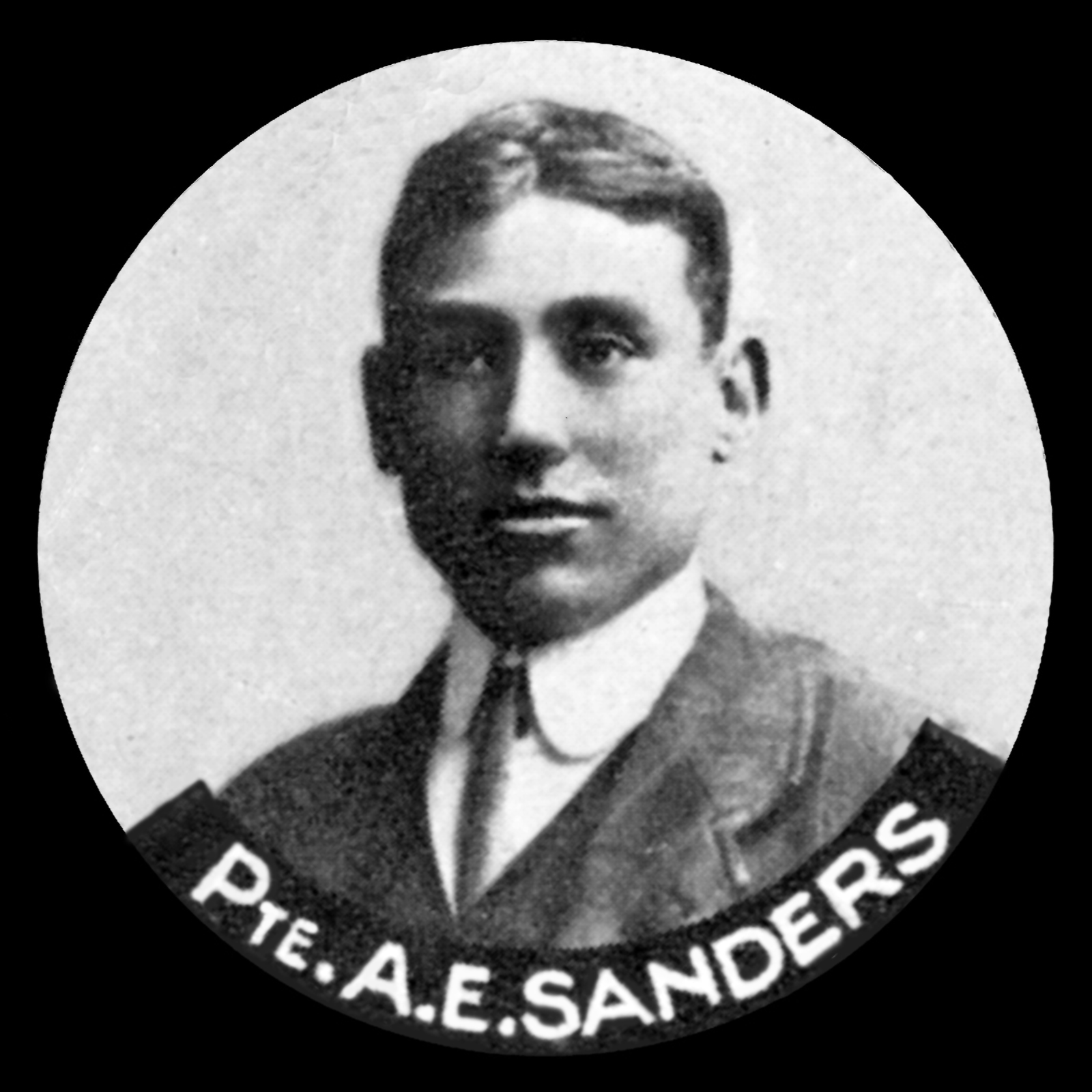 Private Alfred Edwin Sanders, Coldstream Guards, was the son of William and Sarah Sanders, of Lime Cottages, Barrowden where he was born on 23 December 1892. He worked as an agricultural labourer before working in a stone quarry and a lime works. When war broke out in 1914 he was working in the engineering department of the London and North West Railway Company at Rugby, and joined up almost immediately, on 14 August. He had a brief visit home in October before going out to France on 20 November. Alfred survived barely six weeks. On 23 December he celebrated his 22nd birthday and on Christmas Day wrote a letter home. "I got your parcel all right on Christmas Eve, and also one from Mrs Cave (Barrowden), one from where I used to lodge in Rugby, and one from Edie Clarke (Barrowden) and also a letter from dear Jane. So I think I got on all right for Christmas, don't you, in the three parcels I got? Beside yours was socks and cigarettes. I shall be thinking about you at home this Christmas 'scoffing' plumb-pudding and cake. And poor me living out here in the wet and cold, the bullets and shells flying about something awful. Yes, my dear mother, if I get out of this alive I shall be a lucky boy, as the Germans are not half 'hot stuff,' and it's most awful to see the poor soldiers as they get shot ... I also got Mrs Stapleton's (Barrowden) parcel. I hope you have had a good holiday this Christmas, and also Jack. But I don't expect it will be much of Christmas in England this year, with so many lives being lost. I feel proud to think that people at home all think so much about me ... I cannot write any more this time, as my hands are so cold, and there are no fires out here. Give all the kiddies a Christmas kiss from me, especially little Reggie. So long!"  On 30 December, less than a week later, he was shot in the head in the trenches and died six hours later. He was described by his Company Sergeant Major as "a good soldier, who always did his duty well, and never gave the slightest trouble." Alfred is buried in Bethune Town Cemetery, grave III.B.20, and is remembered on Barrowden's war memorial as well as on Rugby's war memorial.

With thanks to Rugby Remembers for additional information about Alfred, including his letter home.

Alfred Edwin is also remembered on the Rugby War Memorial.Rugby Family History Group is researching all the 400+ names on the memorial and publishing biographies on a blog https://rugbyremembers.wordpress.com Details of Alfred Edwin Sanders will be published on 30 Dec 2014, the centenary of his death.I have used a couple of pictures from this website (with acknowledgement) - hope this is OK
By RugbyRemembers on Saturday 20th December '14 at 9:24am

More than 90 Rutland soldiers died in the Battle of the Somme which lasted from 1 July 1916 until the middle of November. Today they lie in cemeteries across the old battlefield in northern France or are remembered among the 72,000 names on the Thiepval Memorial to the Missing of the Somme. By using our interactive map, you can find out what happened to them.
Find out more
@JutlandRemember That looks really good; yes very happy with that and thank you. Good luck with your project 3:27 PM Nov 8th