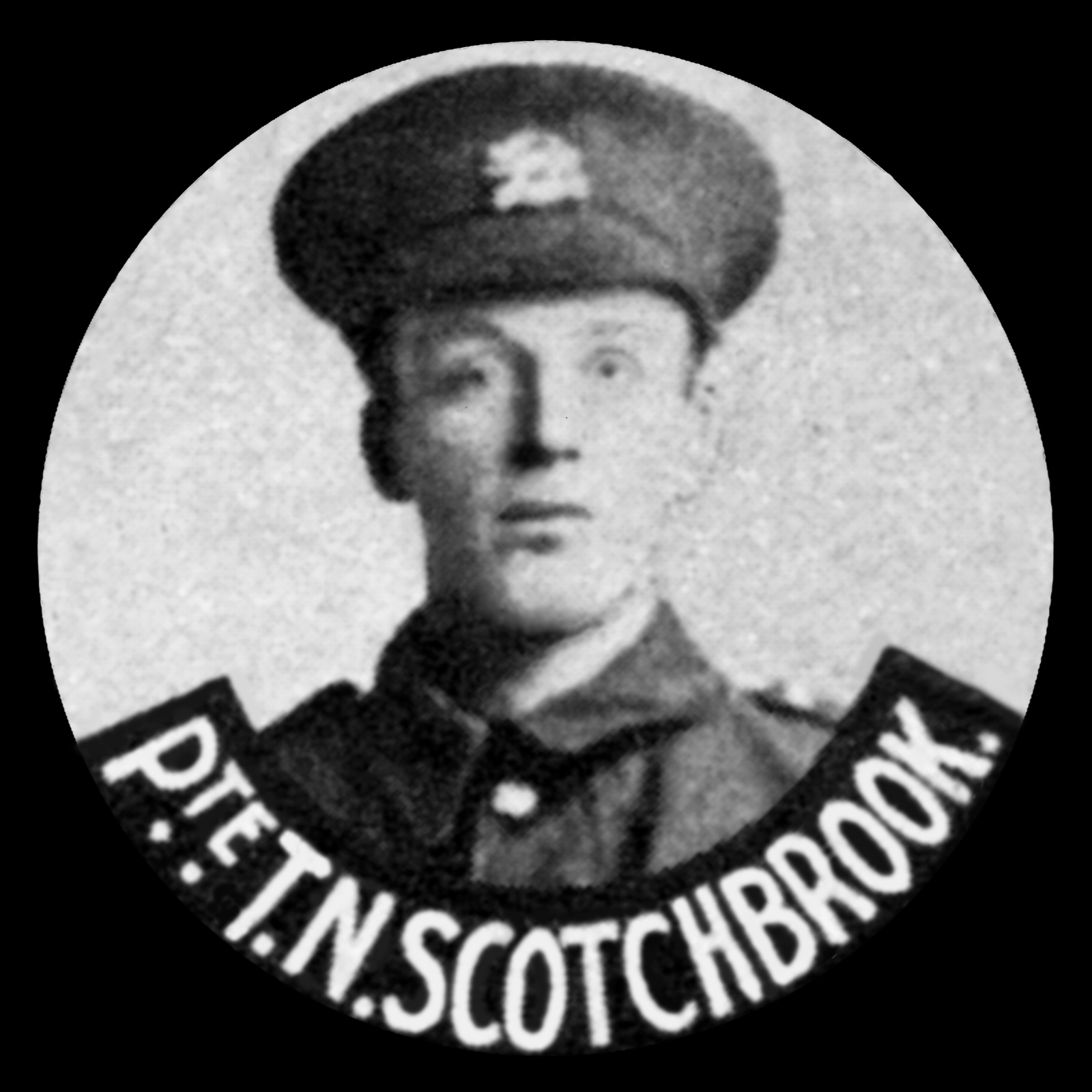 Private Tom Nicholls Scotchbook, 20th Battalion Northumberland Fusiliers, was the son of Tom and Mary Scotchbrook of Chapel Lane, Ketton, where he was born on the 29 November 1893. He was a gardener before enlisting on 20 January 1916, in the West Yorkshire Regiment, and in April that year was sent to Malta, and subsequently to France. Around March 1917, he was transferred to the Northumberland Fusiliers. He was reported missing in action on 5 June 1917 but he was not confirmed dead until 15 March the following year. His body was never found and Tom is remembered on the Arras Memorial as well as on Ketton's war memorial.