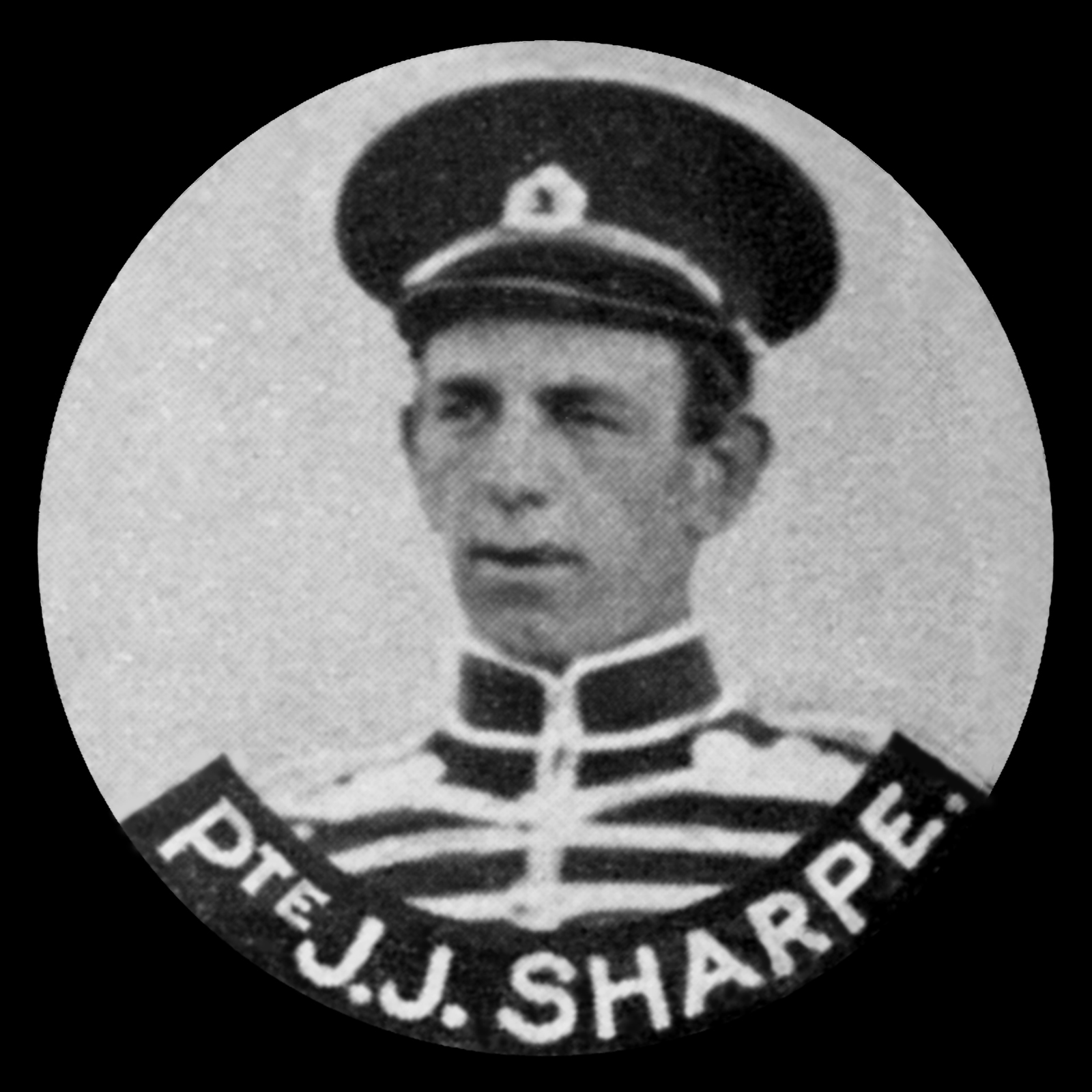 James John Sharpe was born at Oakham on 14 August 1887, the son of William Sharpe. He had been married, but his wife Louisa had died before the war. John was a former soldier, having served in the Leicestershire Yeomanry for eight years. After leaving the army he was described as a dealer, living in Kilburn, London. He joined the 9th Battalion Leicestershire Regiment on 7 September 1914 and went out to France in August 1915, later transferring to the 1st Battalion. He was reported missing on 22 March 1918, during the big German Spring Offensive. He is remembered on Bay 5 of the Arras Memorial and also on Burley on the Hill's war memorial. He was 30 years old.

In Rutland and the Great War, George Phillips has him as John James Sharpe. The records of the Leicestershire Regiment and the Commonwealth War Graves Commission have him as James John Sharpe. RGW is probably wrong about his date of death too, recording him as going missing on 22 March 1916.

James John Sharpe (name per birth registration) was born in 1885 not 1887. He was the first child of William and Rebecca Sharpe. His father dies in 1893 and when his mother remarried and moved to Kilburn, London he was sent to live with his maternal uncle James Arthur Lane who lived at Burley - on-the- Hill. The 1901 census records that he was working at Minley Manor, Hampshire the home of Laurence Currie. Currie was the son-in-law of George Henry Finch of Burley-on-the-Hill so his job probably came about as a result of this family connection.By 1911 he had returned to Rutland and was once again living with his uncle and aunt. In 1912 he married Sarah Louisa Atton of Oakham and their only child, Kathleen Louisa, was born early the following year. sadly the child's mother died at the time of the birth or shortly afterwards.The 9th Battalion Royal Leicestershire Regiment, in which James John served, was merged into the 23rd Division as Divisional troops and in April 1915 they transferred to 110th Brigade 39th Division and proceeded to France landing on the 29th July 1915 (not August as above).In 1917 James John Sharpe sustained a wound to the middle finger of his right hand. As a result of this he spent just over a month in the Military Hospital, Nottingham after which he was sent back to the front.His uncle, who had been appointed guardian of Kathleen Louisa, applied for James John's medals and Memorial Plaque on behalf of his great niece.
By Jaynerutland on Tuesday 24th June '14 at 2:52pm