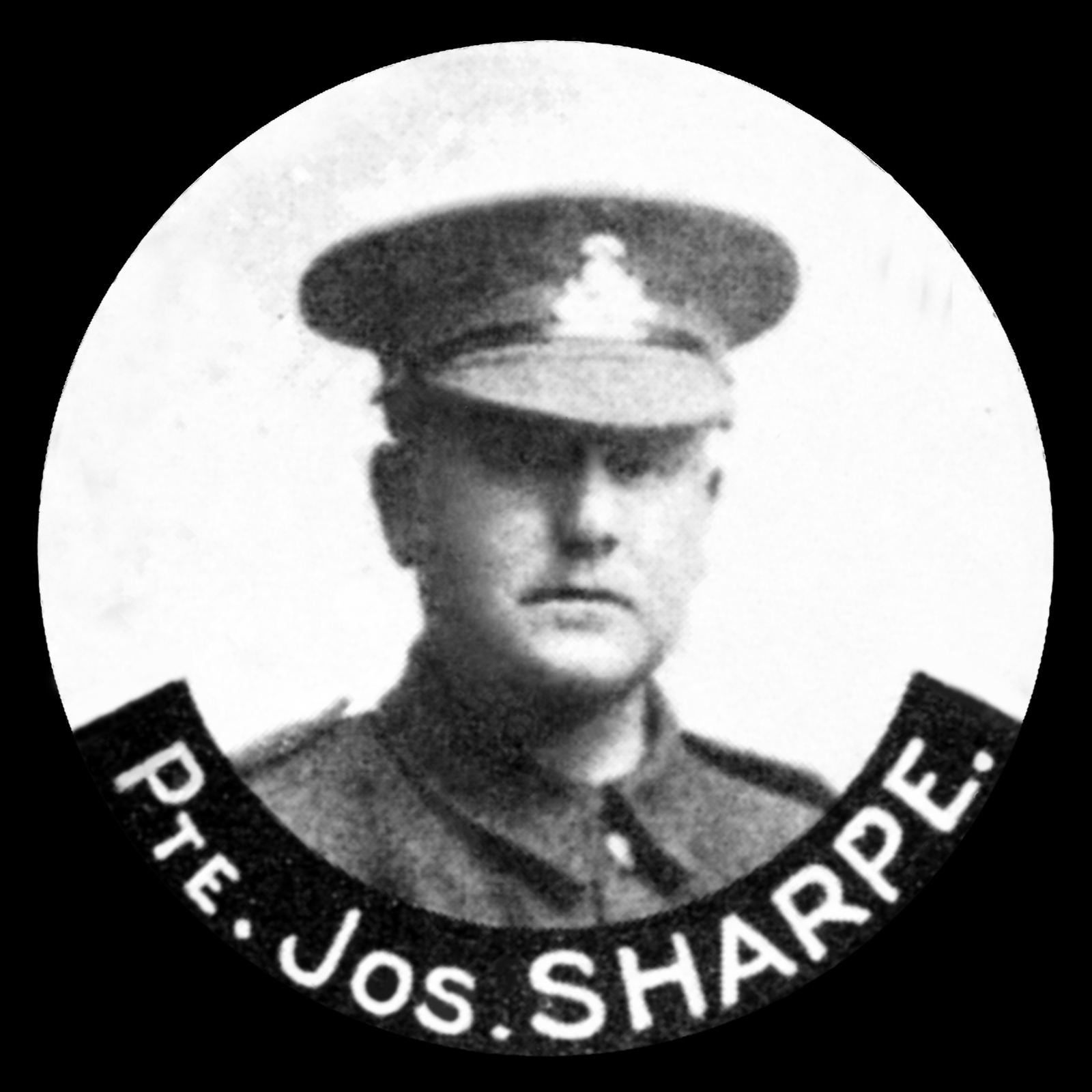 Joseph Sharpe and his elder brother Ernest were both killed in the First World War within three months of each other. Joseph was born at Whissendine on 4 July 1880, the son of Arthur, a farm bailiff, and Jane Sharpe. He was married to Mabel and the couple had two children. They had moved to live in Pendleton, Manchester where Joseph worked on the railways as a dining-car attendant before he enlisted on 2 March 1917. He joined the 12th Battalion The King's (Liverpool Regiment) and went to France on 12 June that year. Joseph fought at Cambrai and was killed on 30 November 1917 and buried at Masnieres. But his grave was lost and Joseph is now remembered on Panel 4 of the Cambrai Memorial and also on Whissendine's war memorial. His brother Ernest had emigrated to South Africa and was killed on the Western Front in September 1917.