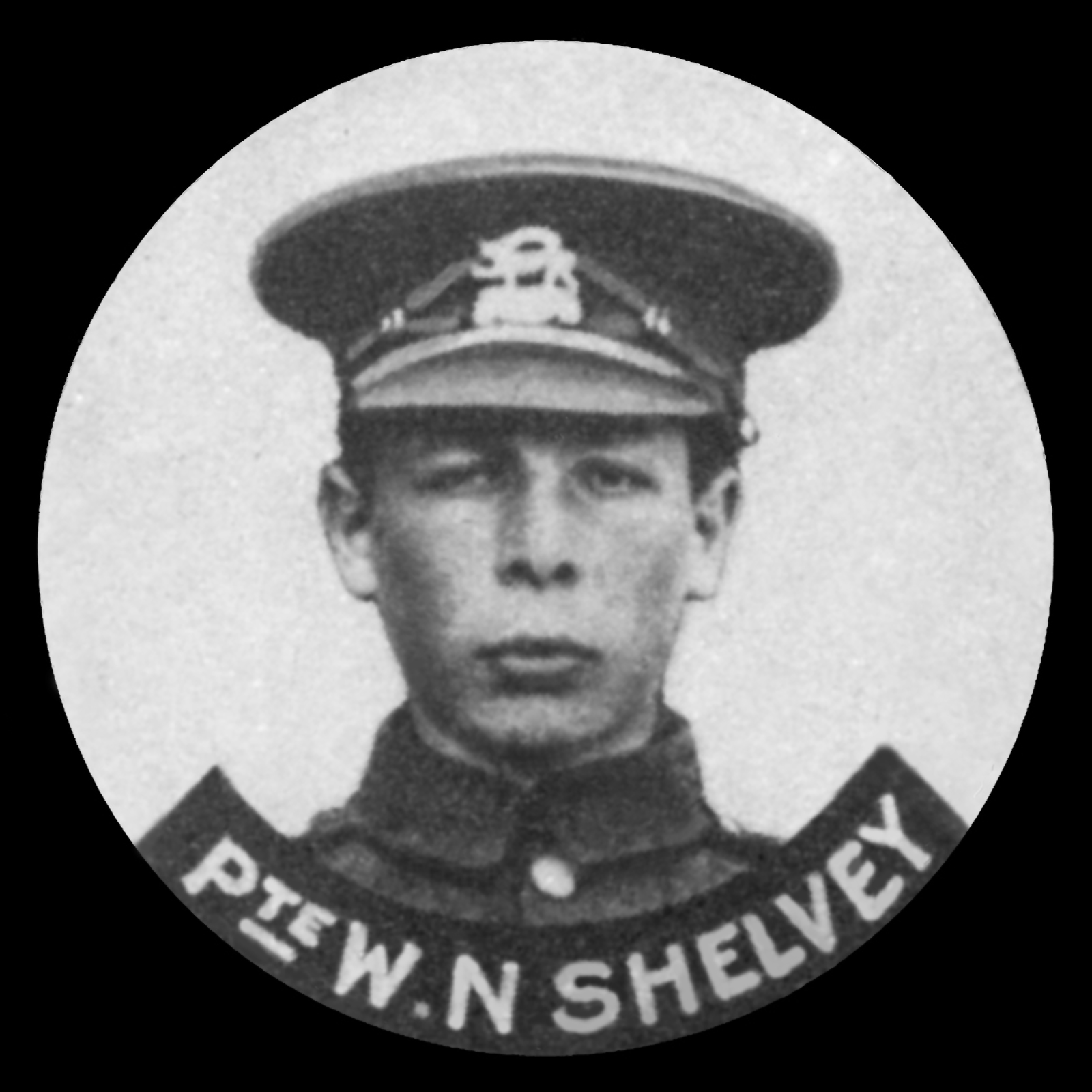 William Noel Shelvey from Morcott was one of the youngest men from Rutland to die fighting for his country. He was 17 years old when he enlisted with the 10th Battalion Leicestershire Regiment on 3 March 1915. He would later transfer to the 8th Battalion with his friend Herbert Berridge also from Morcott. The pair had consecutive army numbers, Herbert 18371 and William 18372 (see photograph of them together below) and both would die during the Battle of the Somme. William was the son of William and Sarah Jane Shelvey of Station Road, Morcott, and the eldest of five children. In June 1912 he was employed as a junior porter at Seaton station. After joining up, William was sent out to France on 22 December 1915 and was killed seven months later, aged 18, on 15 July 1916, in the fighting for Bazentin-Le-Petit Wood. In Rutland and the Great War, George Phillips wrote: "We now know that the 110th Brigade from the 37th Division [actually part of 21st Division], consisting entirely of the Leicesters, broke through the second line in the Battle of the Somme at Bazentin-Le-Petit village, and fought their way with splendid steadiness through the wood of that name, gained their objective through a murderous machine gun fire from a redoubt, destroyed this strong point, and consolidated and firmly held it for four days, when they were withdrawn for a rest. Doubtless this is where our young hero met his fate." William has no known grave but is remembered on Panel 3A of the Thiepval Memorial along with his friend Herbert. Both are also remembered on the war memorial in the cemetery at Morcott. William's name is also listed on the Roll of Honour of the London and North Western Railway.

Many thanks to William's great-nephew Keith Shelvey for the photograph of the two men together.