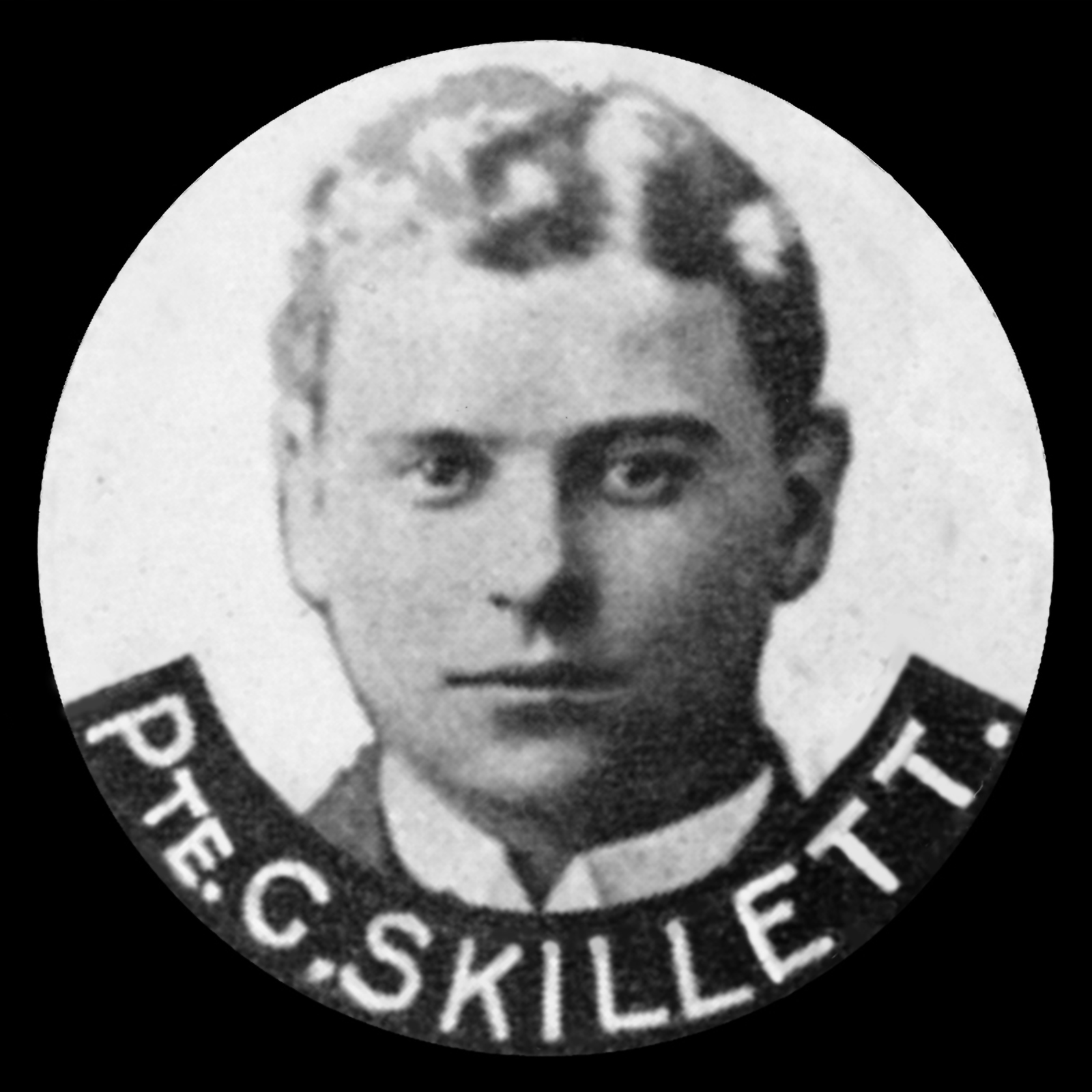 George Skillett was born at Lowther in Westmoreland on 22 October 1896, the youngest child of William and Emma Skillett. He was well known in both Langham and Barleythorpe and was a member of the choir of Langham Church. George worked as an office boy in the local brewery and then as a footman. He enlisted in November 1915, serving in the 18th Battalion Kings Royal Rifle Corps. He went out to France in August 1916 but survived for only two months before he was killed by a shell during the Battle of the Somme. But we think the date recorded by the Commonwealth War Graves Commission might be wrong. The CWGC says George died on 3 October 1916 but on that date the battalion took over trenches at Goose Alley and Grove Alley north-west of Flers and according to the battalion war diary suffered no casualties. However, on the following day the battalion lost around 100 men when Goose Alley was heavily shelled. It is more likely that this is when George died. He was buried on the battlefield but his grave was lost and he is now remembered on Pier 13A of the Thiepval Memorial, and on the war memorial in Langham. He was just 19 years old.