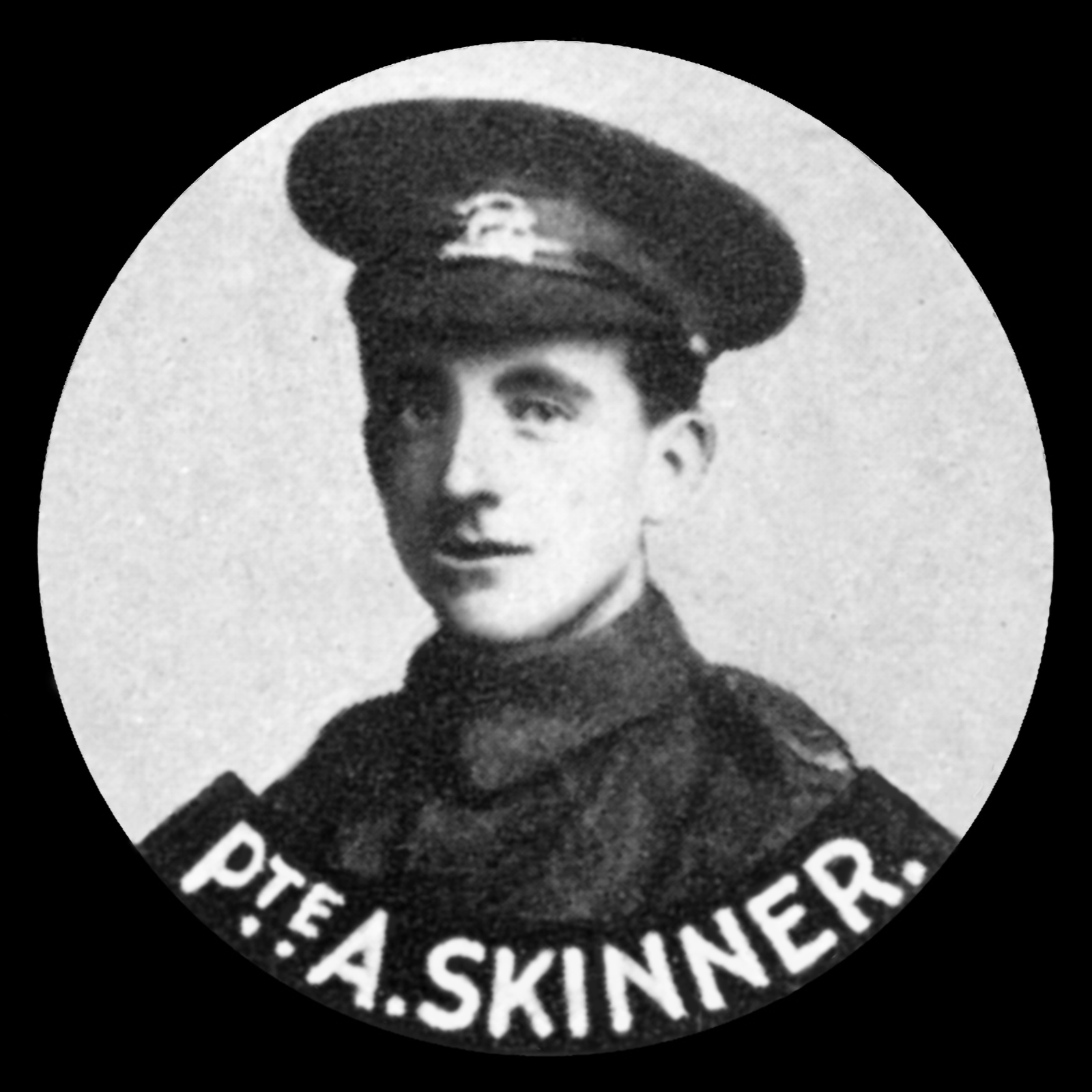 Aubrey Skinner was born at Collyweston on 1 July 1894, to Albert and Sarah Anne Sivers, and later moved to Ketton with his mother. We think her maiden name was Skinner, the name Aubrey used when he joined up. He enlisted in the 6th Battalion Leicestershire Regiment at Oakham on 17 February 1916 and went to France on 19 August. Within a month he had been killed, on 17 September during the Battle of the Somme. His battalion at this time had just moved to the north-west corner of Bernfay Wood, near Montauban and had begun to build a Brigade HQ as well as digging and improving communication and support trenches. George Phillips in Rutland and the Great War wrote that Aubrey was killed while digging a trench "in a very dangerous place when an enemy shell fell and killed him instantly as well as four of his comrades and wounding many. He was buried on the spot where he fell. He was only 22 years of age, and a sad feature is that he had only been married six months." The battalion war diary records that during this period, casualties among working parties had been seven killed and 31 wounded. Aubrey's grave did not survive the war and now he is remembered on Pier 3A of the Thiepval Memorial and also on Ketton's war memorial.