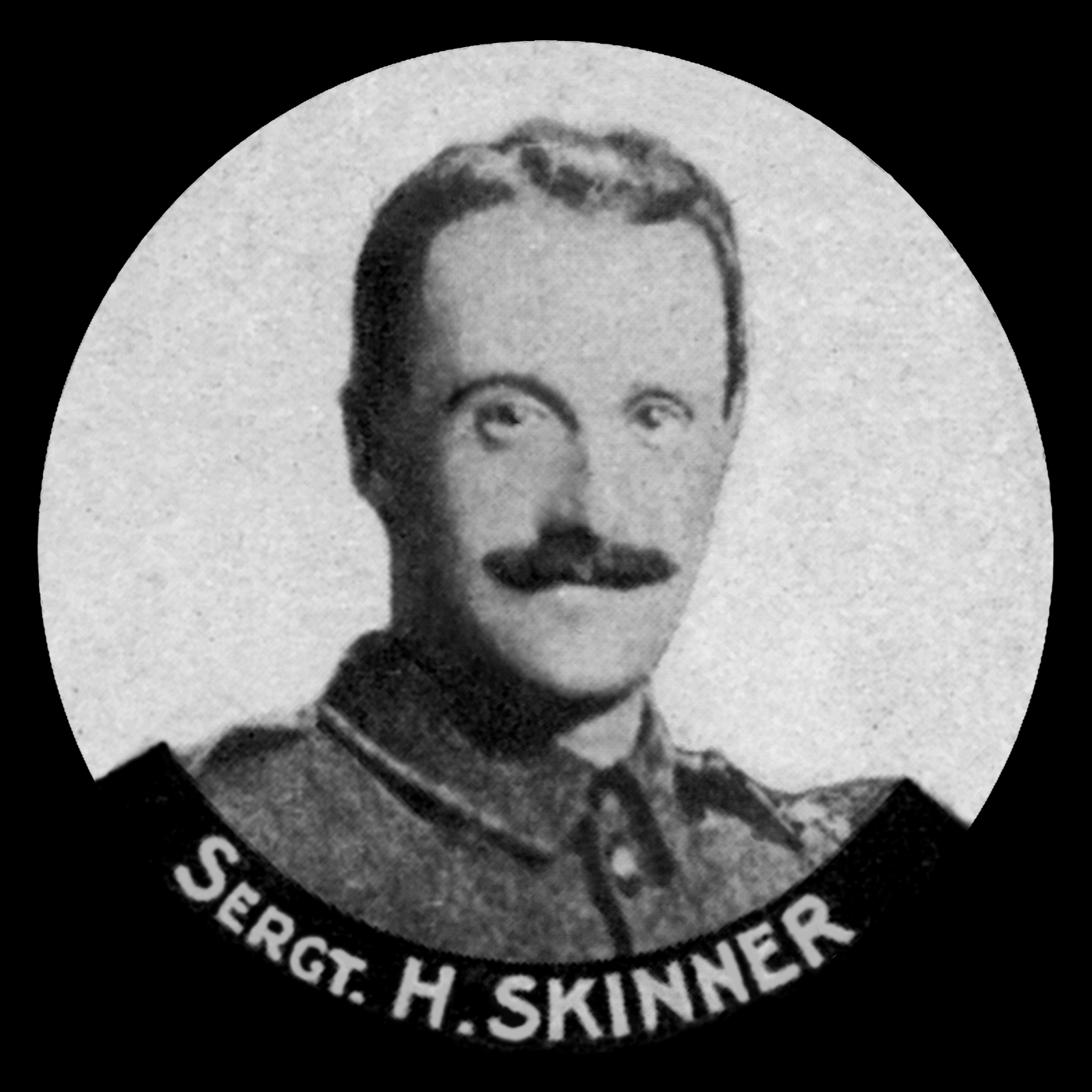 Harold Skinner and his twin brother Harry were born at Barleythorpe on 27 June 1886, the sons of John and Sarah Skinner. The family later moved to Mill Street in Oakham. Both brothers fought, Harold was killed but Harry survived. Harold was married with two small children. For 18 years he worked as a postman at Oakham and was a member of the Oakham Territorials (see photographs below). He was in camp at Bridlington with his Company when the First World War broke out in August 1914. He immediately volunteered to serve abroad with the 5th Battalion Leicestershire Regiment which arrived in France in February 1915. Harold took part in the fighting at the Hohenzollern Redoubt during the Battle of Loos and other actions. He transferred to the 1st/5th Battalion South Staffordshire Regiment in June 1917 and was killed on 25 August by artillery fire when he and a colleague were taking a stretcher along the trenches. He was 31 years old and is buried at Philosophe British Cemetery, grave II.B.10, along with nine other Rutland soldiers, four of them from his old Battalion. Harold is remembered on Oakham's war memorial.